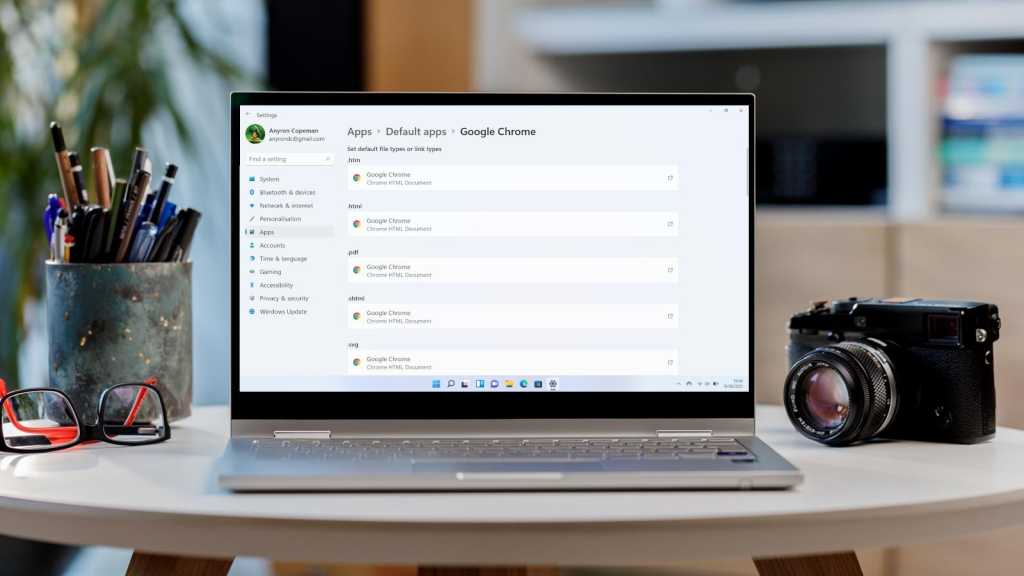 Windows 11 looks set to simplify many elements of the user experience, but that won’t include default browsers. If you don’t want to use Edge, the process will be more complicated than ever.

Microsoft has retained the pop-up which appears after a new browser is installed and you open a supported file, but that’s your only opportunity using this method. If you happen to miss, the ‘Always use this app’ checkbox, it’s a bit of a hassle to change it.

That’s because Microsoft has changed the way you select default apps within the Windows 11 Start Menu. On Windows 10, this was a simple case of choosing a third-party option within the ‘Default Apps’ section of Settings. The equivalent screen in Windows 11 requires you to set defaults for specific file types individually.

How to change default browsers in Windows 11

For the purposes of this tutorial, we’ll be using Google Chrome, but the same process applies for any third-party browser you have installed:

As you can see, this is a lot of hassle compared to the process on Windows 10. Microsoft has encouraged Windows users to switch to Edge repeatedly since the Chromium version launched in January 2020, but its latest efforts are even more blatant.

One of the great things about Windows is the freedom every user has to make it their own. Its customisation options are unrivalled, with the ability to use downloaded apps as defaults one of the key pillars.

Microsoft is making that much more difficult where web browsers are concerned, making you jump through lots of hoops to opt out of Edge. Understandably, the move hasn’t been popular with competitors.

Mozilla (maker of Firefox), Opera and Vivaldi all strongly criticised the move in statements to The Verge. Google hasn’t responded to the developments directly, but Senior VP Hiroshi Lockheimer described it as “far from choice”, something that Microsoft prides itself on.

This from the company that claims to be the most open, with “the most choice.” I hope this is just a developer preview thing, and the shipping version of Windows 11 lives up to their claims. This is far from “choice.” https://t.co/vkGQAoHZgE

As Lockheimer says, we hope the final version of Windows 11 doesn’t make it so complicated to switch default browsers. However, it’s looking unlikely at this stage.