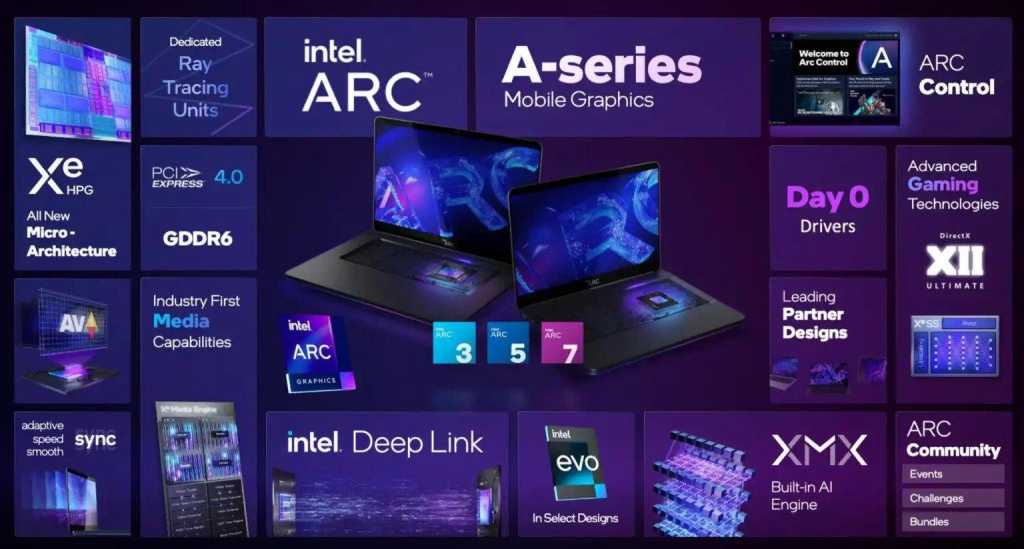 Intel announced Intel Arc, a new brand of graphics technology that looks to compete with the likes of Nvidia and AMD on its own website in 2021, showcasing a video teasing what to expect from the first graphics card in the series at launch in 2022.

The company held true to its word, with the reveal of the first Intel Arc graphics cards in late March 2022. Though desktop cards are in the works, Intel’s first graphics cards are focusing on laptops, bringing gaming prowess to ultrabooks.

The question is, what should we expect from the tech giant? Is the Intel Arc range a competitor to the hugely popular Nvidia RTX 30 Series and AMD Radeon RX 6000 Series? We round up all the latest Intel Arc GPU news right here.

When was the first Intel Arc graphics card released?

Intel initially confirmed that the first of many Intel Arc graphics cards, codenamed Alchemist, was set for release sometime during Q1 2022, which runs from January until March 2022.

However, just days after the CES 2022 announcement, Intel removed all mentions of a Q1 2022 release from its Intel Arc page on its website, suggesting that the release could potentially slip later into the year.

Intel then officially lifted the lid on Intel Arc at an event on 30 March, focusing on Arc A-series mobile GPUs, and more specifically, the affordable Arc 3 series.

Intel confirmed that laptops featuring the new A350M and A370M graphics cards will be available for pre-order today, with more powerful Arc 5 and Arc 7 mobile graphics cards set for release in the “early summer”.

How much will the Intel Arc graphics card cost?

Laptops that feature the Intel Arc 3 series at their heart will start at a rather affordable $899 in the US, with the Arc 5 and Arc 7 series expected to cost more once they appear later this year. 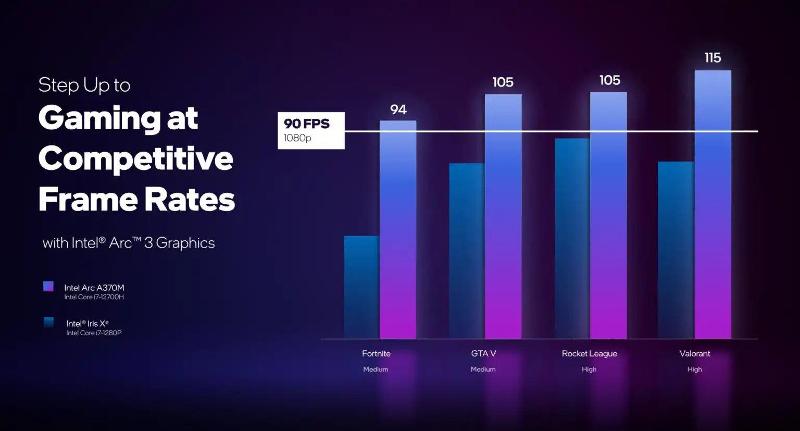 While Intel’s Arc GPU line will eventually cover both desktop and laptop, Intel Arc A350M and A370M GPUs available now are relatively low-powered and intended for ultrathin laptops rather than dedicated gaming laptops.

The Arc branding actually aligns with the company’s familiar i3, i5 and i7 branding from its CPUs, giving familiar consumers an easy way to gauge performance without digging into specs.

The XE Display Engine, on the other hand, is designed to handle video output with the ability to power up to 8K displays at 60Hz, 4 x 4K displays at 120Hz or a single 1440p display at 360Hz.

The entry-level A350M draws between 25 and 35 watts of power to power its six XE cores, six ray-tracing units, a graphics clock of 1,150MHz and 4GB of VRAM to play with.

You can see a breakdown of full specs below: 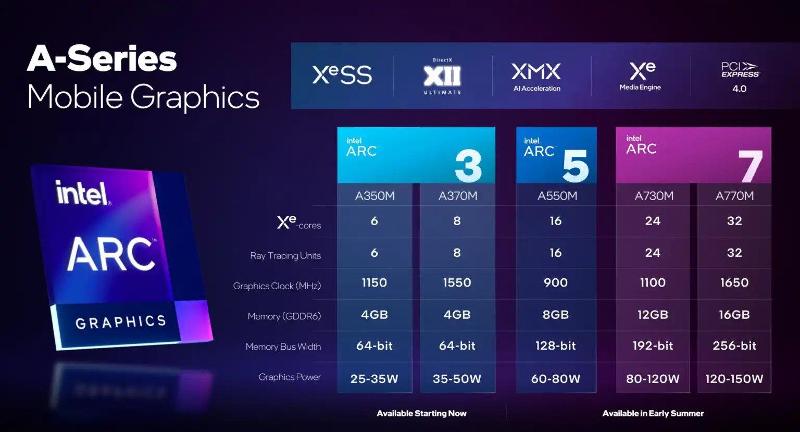 As you can see, the Arc 5 and Arc 7 graphics cards will push performance even further, but those aren’t due for release until sometime this Summer.

Along with the hardware, Intel also revealed Intel Arc Control, a suite similar to Nvidia’s GeForce Experience and AMD’s Radeon Software. As with its rivals, Arc Control allows Arc users to monitor performance, install drivers and other updates, record game highlights and even connect to livestreaming apps like Xsplit for easier game streaming.