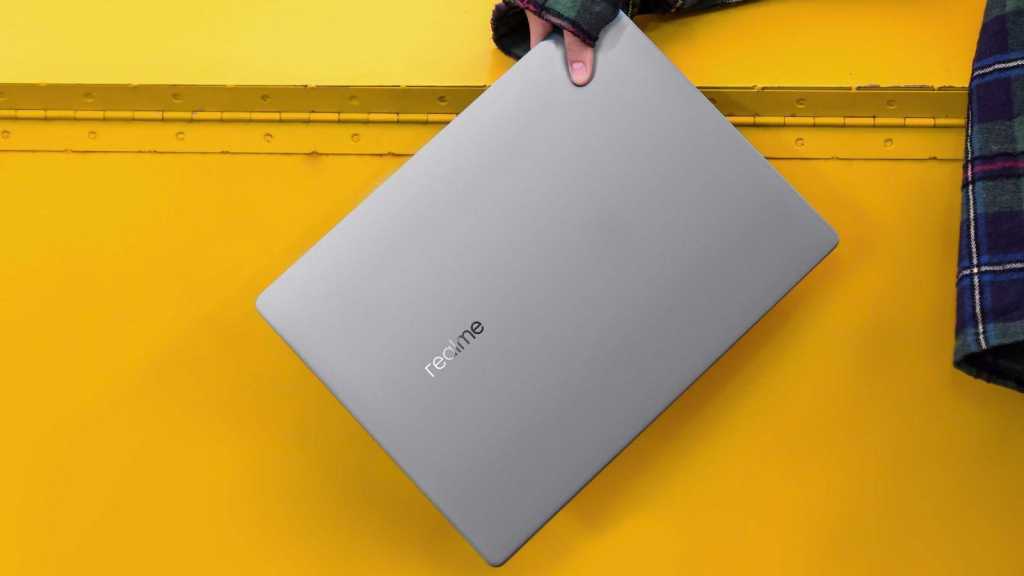 The Realme Book bears more than a few design resemblances to Apple’s MacBook Air, albeit at a much more affordable price point. Realme has played it safe when it comes to the design and specs, as you might expect from a first-gen device.

Like so many Windows laptops in 2021, the device is powered by Intel’s latest Tiger Lake CPUs. There’s a choice here between the Core i3-1115G4 and Core i5-1135G7, although the former does mean you’ll make performance sacrifices. Both offer 8 or 16GB of RAM, alongside 256/512GB of SSD storage.

Despite these run-of-the-mill specs, the Realme Book is being pitched as a great laptop for gaming. This leans heavily on the Iris Xe graphics, although they’re only available on i5 models – i3 devices use the older UHD integrated GPUs.

Realme hasn’t given any examples of games that will work well on the device, but there is an advanced cooling system onboard. This supposedly enables ‘breakneck performance’ without heat or fan noise becoming an issue.

The Realme Book has a 14in LCD display, at a resolution of 2560×1440. It employs the increasingly popular 3:2 aspect ratio, with slim bezels giving it an impressive 90% screen-to-body ratio – that’s a big advantage over the MacBook Air’s estimated 79.4%. Realme also claims it can hit 400 nits at max brightness, making using in bright environments a real possibility.

A 54Wh battery might sound small by modern laptop standards, but Realme says it’ll get you up to 11 hours of video playback. However, that only applies to 1080p content at 150 nits of brightness, 50% volume and no Wi-Fi. Everyday usage is likely to deplete it much more quickly.

Fortunately, when you are running low, you can call on 65W fast charging via the adapter in the box. This will supposedly get you 50% battery back in 30 minutes, provided the device is switched off. That would make it one of the fastest charging laptops we’ve seen so far.

The Realme Book is a relatively lightweight at 1.39kg, and comes in at 14.9mm thick. Portability shouldn’t be an issue, and there’s still a decent port selection – 2x USB-C, 1x USB-A and a 3.5mm headphone jack – but you only get Thunderbolt 4 on i5 models.

Other notable features include a 720p webcam, dual stereo speakers and backlit keyboard, complete with a fingerprint sensor built into the power button.

The Realme Book launches globally today, starting at US$749 (approx. £540), although you can pay as much as US$999 (approx. £720) for better specs. UK/European pricing and availability is expected at a later date, although the device will be available via the Realme website in all regions.

As you’re probably aware, the Realme Book looks set to face stiff competition. Many of the entries in our best laptop chart retail at a similar price, although more options can only be a good thing for the consumer.