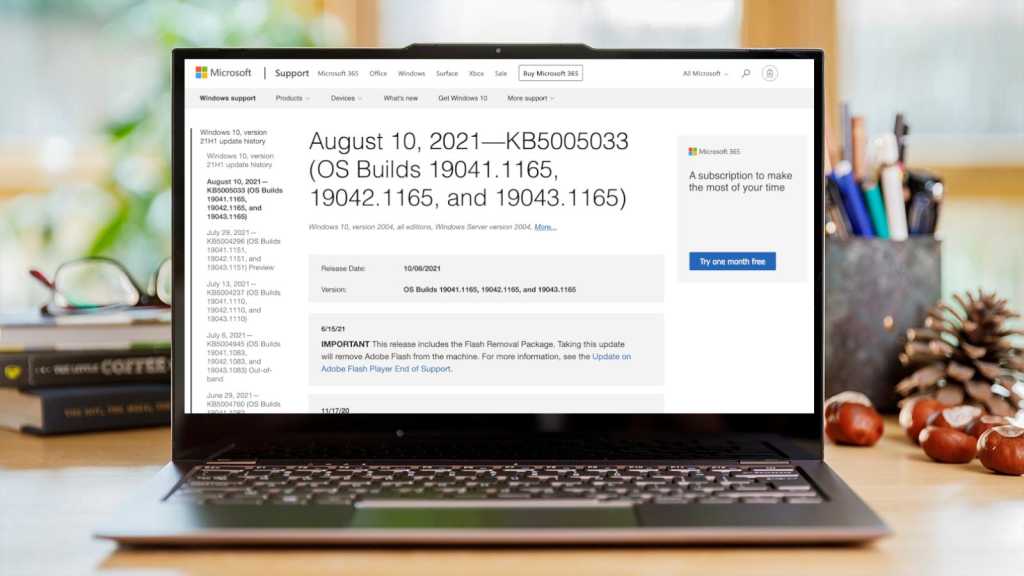 Windows 10’s latest ‘Patch Tuesday’ security update was released by Microsoft last week, but it’s causing significant issues for those who install it. They primarily affect gaming, with users reporting a significant drop in FPS (frames per second) and stuttering throughout games.

That’s the consensus from Reddit, with many of the 79 current comments on the update mentioning problems. A Microsoft software engineer authored the post, but the company is yet to officially acknowledge any issues associated with it. Nonetheless, we’d expect a patch to be rolled out relatively soon.

Unfortunately, many people will have already suffered the effects of this update. Not only is Windows 10 the most popular gaming platform worldwide, this update was also specifically designed to fix the long running ‘PrintNightmare’ vulnerability once and for all. It’s plagued Windows 10 since first being discovered last month, allowed hackers to gain remote access via the printer spooler. Many users will have jumped at the chance to finally solve this issue, but it’s created more problems.

One of the most prominent Reddit comments comes from user ‘mrfreedom17’, who complains that performance on games has “tanked”. Another provides a specific example: Horizon Zero Dawn has supposedly dropped from 79fps to 58fps post-update.

However, the problems extend beyond gaming. According to Windows Latest, the KB5005033 update also breaks the Alt+Tab functionality for some users. This allows you to quickly move between open windows, making it a key feature for multitasking. It appears to be a persistent issue, with Reddit users reporting the same fault after July’s KB5004296 update.

Fortunately, there is a simple way to uninstall the update. Just head to Settings > Update & Security > Windows Update. Under ‘View update history’, you’ll see the option to ‘Uninstall updates’. Just choose the KB5005033 update and click ‘Yes’ when prompted. You may need to restart your device to apply the changes.

However, this isn’t a one-size-fits-all solution. Some Redditors have suggested that uninstalling the update doesn’t solve the issue. In this scenario, you’ll have to sit tight and wait for Microsoft to release an official fix.

Even when Microsoft does roll out a patch, there’s no guarantee all issues will be solved. The company released the KB5004296 update at the end of July, aiming to fix gaming problems that affected Windows 10 users for more than three months. Just two weeks later, issues have returned.

Microsoft is promoting Windows 11 as a great OS for gaming – let’s hope it’s a smoother experience than the one on Windows 10 in recent months.