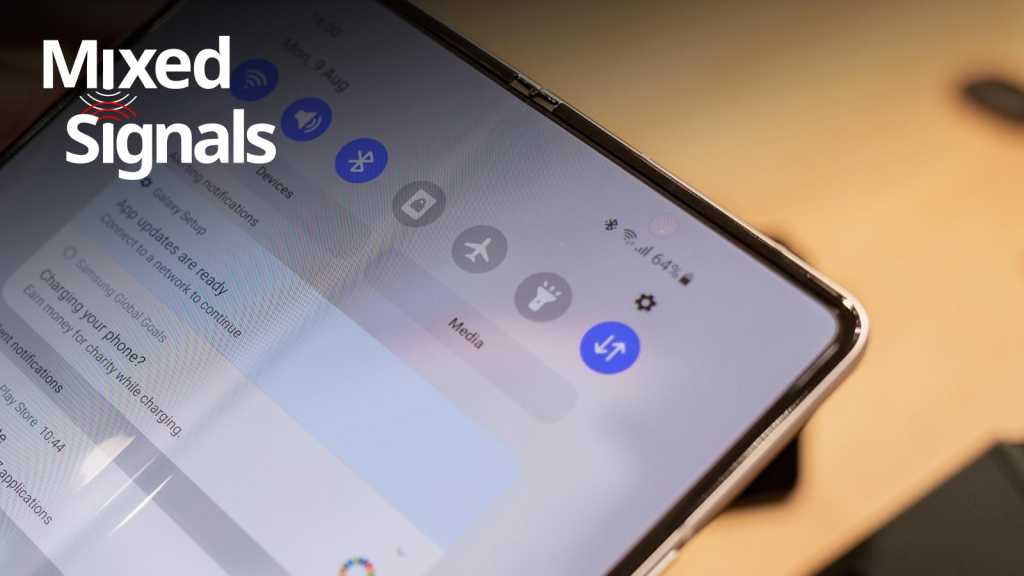 All of a sudden, under-display cameras feel like very real phone tech, but just because you can buy a phone with this cutting-edge fusion of camera and display, doesn’t mean that you should.

Just this week, both Samsung and Xiaomi unveiled new phones featuring hidden selfie cameras, and both are real products that you can actually buy; setting aside the fact that the Xiaomi Mi Mix 4 remains a China-exclusive for the time being, at least.

First, let’s recap. Under-display cameras have been the selfie end-game for a few years now, ever since Apple slimmed the iPhone X‘s bezel and introduced its infamous notch. It wasn’t long before key Android manufacturers followed suit, rapidly working to shave the notch down to its smallest – and least obtrusive form, which in turn gave way to the current trend for ‘punch-hole’ selfie camera cut-outs, hovering unmoored from the phone’s bezel.

In the meantime, a few companies were working on ways to remove the selfie camera from the display entirely and give owners a true full-screen phone. This gave rise (no pun intended) to pop-up cameras, hidden within the phone’s body and sliding up when needed.

Xiaomi and Honor got a little more adventurous with the likes of the Mi Mix 3 and Magic 2, each of which had the entire back of the phone slide up to reveal the camera. Samsung and Asus had the actual rear camera module flip over the phone to face the front – a setup you can still find in the Asus ZenFone 8 Flip, released only this year.

Even stranger are the likes of the Nubia Z20 and Vivo Nex Dual Display, which feature secondary screens across the back of the phone. Instead of taking a selfie or a video call from the front, you flip the phone over and use this secondary display together with the rear cameras.

If there’s one thing this set of solutions has in common, it’s that they’re ungainly. Pop-up cameras, slide-out cameras and flipping modules all add a notable delay – especially for face unlock – not to mention the increased risk of failure from additional moving parts. Rear displays are no more durable, making a drop twice as likely to be catastrophic, especially since they make cases near-impossible. And that’s not even starting on how awkward they end up looking.

So you can see why the industry has set its hopes on hiding the selfie camera under the phone’s display. Nothing has to pop, slide, or flip; you don’t need to add an extra display; and at a glance the phone still looks… normal.

Chinese manufacturer ZTE was the first to put the tech into an actual phone: the Axon 20 5G. Sensibly this was a mid-range device, acknowledging that you probably shouldn’t ask consumers to pay premium prices for wobbly first-gen tech.

And it was wobbly. Sticking a camera under the screen introduces two main challenges: hiding the camera without compromising display quality, and trying not to compromise camera quality despite having to shoot through a grid of pixels.

In its first generation, ZTE couldn’t quite solve this challenge either. Instead of being invisible, the selfie camera sat behind a pixelated square – difficult to spot on black backgrounds but clearly visible against lighter screens or at certain angles. Meanwhile selfies came out soft, poorly exposed, and lacking detail.

Second time around, the under-display camera on the ZTE Axon 30 – though I haven’t had the opportunity to put it to the test myself – seems genuinely difficult to spot; the jury’s still out on photo quality, though.

Xiaomi’s Mi Mix 4, unveiled this week in China, looks to be a match for the ZTE. Going by Xiaomi’s official images and a few YouTube hands-on videos, it’s honestly hard to spot the selfie camera outright, even knowing where to look. Xiaomi may have solved this problem on its first go.

Selfies are a different story though. Even Lu Weibing – one of Xiaomi’s senior vice presidents – admitted on Weibo that display quality was the priority, and that anyone who cares about selfie quality should buy a more traditional phone.

I’m inclined to agree. Full-screen displays offer a fantastic display experience (I was personally sad when OnePlus moved away from the pop-up camera for the 8 Pro), and I’ve always had a soft spot for the various phones trying to offer an uninterrupted screen.

But there’s one important qualifier here: I don’t take selfies. Like, ever.

Sure, I’ll test a selfie camera out when I’m reviewing a handset – it’s part of the job – but in my day-to-day, I simply don’t take them at all. I’ll hop on the odd video call, and sometimes use face unlock, but I could almost manage without a selfie camera entirely.

I’m most likely in a minority though, and probably a shrinking one at that. If you do use your selfie camera – whether that’s for taking photos, video calling family or throwing videos out on TikTok – you really shouldn’t buy one of these phones. Not yet, at least.

Even Xiaomi’s polished version of the tech is still technically first-gen, as is Samsung’s. Oppo has shown off a prototype – twice – but not yet put it into an actual phone and ZTE has rolled out its second iteration, but it’s hardly a major player in the global market.

In fact, if you’re in the West you have a pretty limited choice: the ZTE Axon 20, with its ropey take on the tech, or the new Samsung Galaxy Z Fold 3. Announced this week, and on sale at the end of August, this flagship foldable has a camera built underneath its internal, folding display, with a more traditional punch-hole shooter on the outer screen.

For a phone that starts from £1,599/US$1,799, it’s frankly a little shocking that Samsung is shipping it with this camera. The camera is concealed by an octagonal array of spaced-out pixels that’s somehow even more visible than ZTE’s first iteration. When I tried the phone out this week, it was pretty hard to ignore.

You might think that the more visible camera means that, in contrast to Xiaomi, Samsung has prioritised photo quality – but the 4Mp sensor at play suffers from the same soft haze and poor exposure that plagues every other version of this tech currently out there. The Fold 3 gets a bit of a pass because there’s still that regular selfie camera on the front, but in that case, why not do as Huawei did and ditch the internal camera entirely?

It’s easy to get caught up in the excitement of invisible cameras and cutting-edge display tech but you only have to look at the first Galaxy Z Fold for a reminder of how easily early adopters get burned.

Two years on, Samsung has fixed its foldable tech, with the Z Flip 3 in particular suddenly looking like a mainstream proposition. I’d give it at least that long before you plump for this latest, (not-so-)greatest camera tech.

Well, unless you’re an anti-social old fuddy-duddy like me, in which case: go for it. But consider yourself warned.