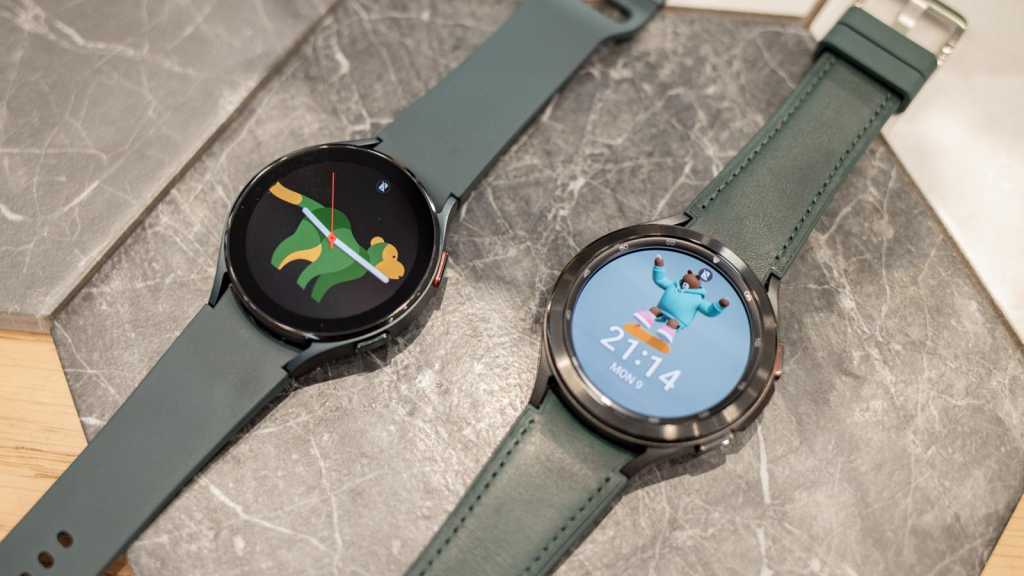 Foldables were the star of the show at Samsung’s Galaxy Unpacked event on 11 August, but we shouldn’t forget about the wearables. The Korean giant revealed the regular Galaxy Watch 4 and Watch 4 Classic, both of which bring some big changes to the table.

Chief among these is a return to Wear OS software, produced in collaboration with Google. The tweaked version Samsung is using is officially known as ‘ One UI Watch’, but the Watch 4 and 4 Classic are the first smartwatches to run the revamped operating system.

However, it’s the Watch 4 Classic that can be seen as a direct successor to last year’s device, retaining the physical turning crown we saw on the Watch 3. The regular Watch 4 replaces this with haptic feedback, allowing for significantly slimmer bezels. There’s also some variation in sizing, as we explain below.

When did the Samsung Galaxy Watch 4 and 4 Classic come out?

Samsung officially announced the Galaxy Watch 4 and 4 Classic at its Galaxy Unpacked event on 11 August. Pre-orders were live until 26 August, before going on sale on 27 August.

How much do the Samsung Galaxy Watch 4 and 4 Classic cost?

There are two sizes of both watches, each with the option for 4G support. That means there’s plenty of variation when it comes to pricing:

The obvious place to buy both watches in the UK is direct from Samsung. Between now and 2 November, Samsung is offering up to £75 off the Watch 4 or £100 off the Watch 4 Classic when you trade in an eligible older watch.

All orders (regardless of retailer) in the UK will get you either £50 (Watch 4) or £75 (Watch 4 Classic) worth of credit in the Google Play Store.

The following third-party retails also have the Galaxy Watch 4 and 4 Classic available to buy:

For the 4G models on contract, check out the following:

As you might expect, both the Galaxy Watch 4 and Watch 4 Classic are available from Samsung’s US site too. The company is offering up to $185 off either device when you trade in an eligible watch from Apple, Fitbit, Fossil or Garmin.

In terms of third-party retailers, the Galaxy Watch 4 and 4 Classic are available to buy via the following contract-free:

The three major carriers in the US are all stocking the watches:

We’re expecting more retailers to sell the watches in the coming days and weeks, and we’ll update this article as they do. In the meantime, check out our dedicated guide to the Galaxy Watch 4 and 4 Classic to learn more about Samsung’s latest wearables.

Will they be good enough for our best smartwatch chart? Only time will tell.

Want to pick up one of Samsung’s new foldables instead? Here’s where to buy the Galaxy Z Flip 3 and Galaxy Z Fold 3.