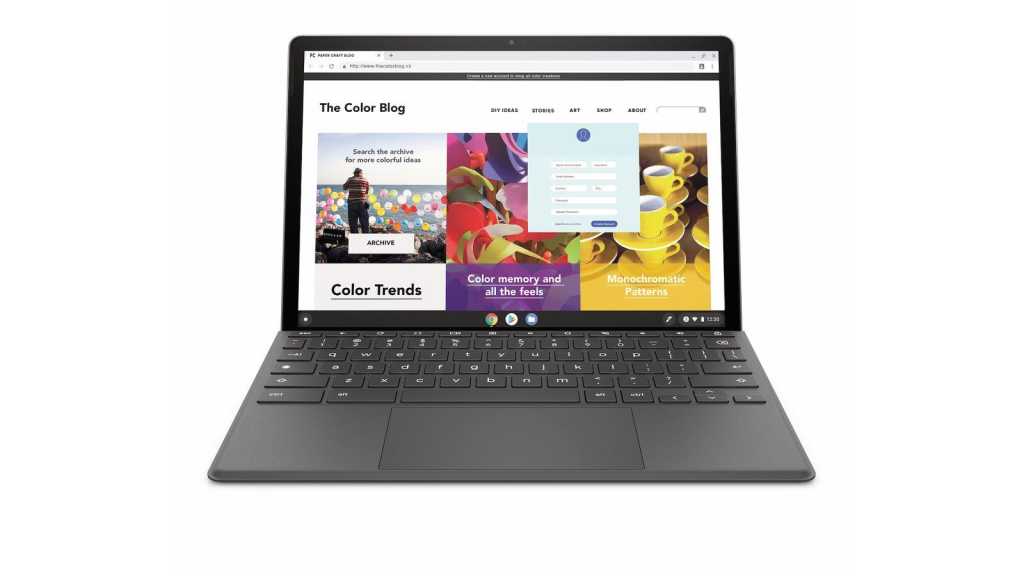 ChromeOS is celebrating its tenth birthday in 2021, and there’s been plenty of exciting new hardware to mark the occasion. HP is the latest company to join the party, bringing two brand-new devices to market.

First up is the Chromebook x2 11, an 11in tablet with detachable keyboard in the mould of Microsoft’s Surface Pro. It’s a slimmed-down version of the 12.3in model from 2018, swapping an Intel CPU for ARM-based Qualcomm chip.

However, this is 2019’s Snapdragon 7c and not the second generation that was released this May. Opting for the older silicon has allowed HP to keep costs down (starting at £499.99/US$599.99), but it’s a strange move on a device that’s designed to last a few years. Upgrades on the latest chip include improved performance, enhanced audiovisual features and integrated LTE connectivity – 4G models of the Chromebook x2 11 are available, so this would have made sense.

Nonetheless, we’re still expecting performance to be solid. The Snapdragon 7c is paired here with an Adreno 618 integrated GPU, 8GB of RAM and 128GB of storage. The latter uses the slower eMMC standard, but is expandable via microSD card.

As its name suggests, the Chromebook x2 11 has an 11in touchscreen display. It’s LCD and not OLED, but sports an impressive 2160×1440 resolution and increasingly-common 3:2 aspect ratio. HP says it’s great for watching both videos and gaming online, and can hit a max brightness of 400 nits.

A 32Wh battery may be cause for concern, but HP says you’ll still get over 11 hours from a single charge. When you do run out, the 45W USB-C adapter in the box will supposedly get you from 0-50% in 45 minutes.

Another thing included in the box is the detachable keyboard, a key advantage over the Surface Pro line. It features a compact keyboard and trackpad, and is joined by a pen that magnetically attaches. Elsewhere, there’s also a kickstand built into the back of the device itself.

But that isn’t the only new Chrome OS device HP has launched. The Chromebase All-in-One is one of only a handful of desktop PCs running Google’s software, and features a statement 21.5in, 1920×1080 display that can be rotated 90 degrees into ‘portrait mode’.

However, to hit its £599.99/US$600 starting price, sacrifices have had to be made to the internals. It means that entry-level model uses a 10th-gen Intel i3 processor, alongside 4GB of RAM and a 128GB SSD. It’s hard to see how that will stand up to the rigours of everyday desktop usage, so you may end up paying significantly more.

Both the Chromebook x2 and Chromebase All-in-One are expected to be available via the HP website this September. The former is likely to be a strong contender for our best Chromebook chart.