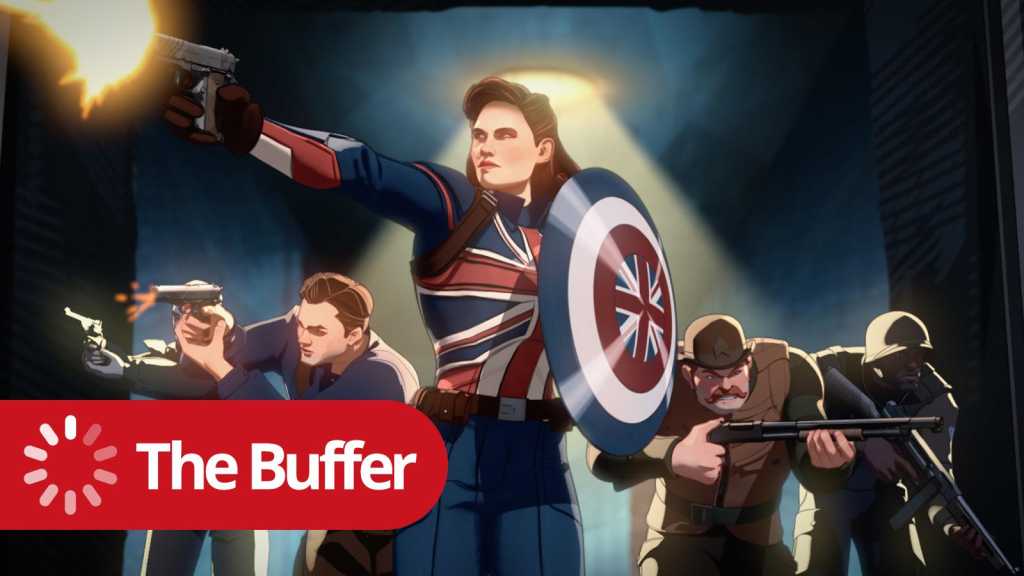 There aren’t many franchises where animated shows and live-action ones co-exist in official canon, but streaming services are opening doors for different types of series to feed into one another where they haven’t been able to before.

The latest example is What If…? – the fourth Marvel series to hit Disney Plus and the first fully animated series to be part of the MCU (previous Marvel cartoons aren’t part of the official canon). The show is an adaptation of the classic comic book series of the same title, which delves into alternative storylines within the Marvel universe.

The show explores the concept of how one small change impacts the world surrounding it, taking Loki’s introduction of the MCU multiverse as a jumping off point. As an example, the first episode considers what would happen if Peggy Carter took the super soldier serum, rather than Steve Rogers.

What If…? has already been tipped to be renewed, and that means that episodes in the second and third season can tie into movies that haven’t yet released – like Shang-Chi and Eternals.

I’ve had early access to the first few episodes of What If…? and it has some of the most experimental and outlandish plot lines that I’ve ever seen in this universe – for better and for worse (I look forward to seeing fans debate over which is which).

Of course, this isn’t surprising, as animated shows have a more niche audience than live-action series do. This is the training ground to explore possibilities that may be deemed too dangerous for the ‘main projects’. DC’s animated department is a perfect example of this.

Polygon points out that whilst live-action shows such as Smallville and the ArrowVerse were forbidden from using some of the biggest characters, cartoon series such as Harley Quinn and Young Justice don’t have the same restrictions and are free to make very bold creative choices.

Harley Quinn has managed to gain its own cult following, with its queer lead characters, fourth-wall breaking jokes and new insights into villains that had previously been seen as rather one dimensional in other live-action projects. Whilst not officially part of the DCEU, the growing interest could influence the future of Margot’s Robbie portrayal of the character.

Animated shows have in the past been viewed as second tier in comparison to the live action. There’s often a much more limited budget, which means that actors and actresses who play characters in live-action things can’t always be afforded to voice their cartoon counterparts.

What If…? seems to be one of the exceptions to this rule – with cast members such as Chadwick Boseman, Michael B. Jordan, Samuel L. Jackson, Karen Gillan and Mark Ruffalo all taking to the voice acting booth for the series.

Of course, Disney didn’t recruit every A-Lister in the superhero series – Dave Bautista was very vocal about not having been asked to voice Drax, whilst Robert Downey Jr. and Chris Evans were not cast to voice Tony Stark and Steve Rogers respectively. The last two have hung up their superhero boots, so their absence makes sense. However, Bautista’s snub from Disney remains a mystery.

Marvel’s What If…? isn’t the only animated show that will build on growing franchises in the streaming world. Netflix is releasing Nightmare of the Wolf, a film prequel to The Witcher series that expands on the life of a key character for season two of the live-action show, Vesemir.

Disney Plus is releasing Star Wars: Visions, which boasts a similar structure to What If…? in that it’s an anthology series, though unlike What If…? it features varied animation styles and genres.

The Mandalorian also made huge strides in bridging the gap between animation and live-action by introducing Ahsoka Tano, who was first created in the animated film Star Wars: The Clone Wars, and then best known as a recurring character in the Clone Wars and Rebels animated series.

Now Rosario Dawson’s portrayal of the character has been given her own entire live-action spin-off – a decision that was no doubt solidified by the positive response of fans seeing the canon live-action acknowledge a character with animated origins.

The way that these animated projects have found success within the canon is that while they’re considered part of a greater storyline, they’re not essential viewing for all audiences to understand the core narrative. Instead, these shows are more like bonus content where more eclectic storylines can be explored.

What…If? does this by exploring alternative plotlines through the newly introduced multiverse concept, while shows from Star Wars and The Witcher explore prequel plots that, whilst touched upon in the main canon, don’t have a huge bearing on the course of the overall story.

Broadcast networks have mostly only treated animated spin-offs as side projects for a kids audience. However, streaming services – especially those who produce these animated shows in-house – have the luxury of taking risks, trying something new and creating something that can fill the gaps (figuratively and literally) between the flagship shows and films.

What If…? may result in a surge in popularity in canon animated projects, which would come with its own set of issues. As the shows gain fame, more actors like Dave Bautista may demand to be involved. This means higher costs for the studios, and also takes away jobs from members of the voice acting community.

In addition, audiences may begin to hold these shows to the same standards as they do the live-action. This could result in extra scrutiny over the stories and continuity, which could in turn mean a more creative clampdown on animation, just as DC did with its older live-action shows.

But they’re future issues to worry about. For now, I’ll simply enjoy the renaissance happening for animation – quite frankly, it’s about damn time.

The first episode of What If…? debuts tomorrow on Disney+ at 8am BST/12am PST. You can sign up for an account on the Disney Plus website.

IT Crowd fans, listen up. Garth Marenghi’s Darkplace is available to stream right now on Prime Video in the US, and for free on All 4 in the UK. Featuring both Richard Ayoade and Matt Berry, this is a self-aware mockumentary of an eighties sci-fi/hospital series, complete with awful acting, outdated dialogue, terrible special effects and over-inflated male egos.

The show is narrated by the author of the ‘original book series’ of the TV adaptation, and features talking heads of the ‘actors’ within the sitcom, who cannot understand why this horror series wasn’t taken seriously in its own time. Watch for yourself to find out why – you won’t regret it.