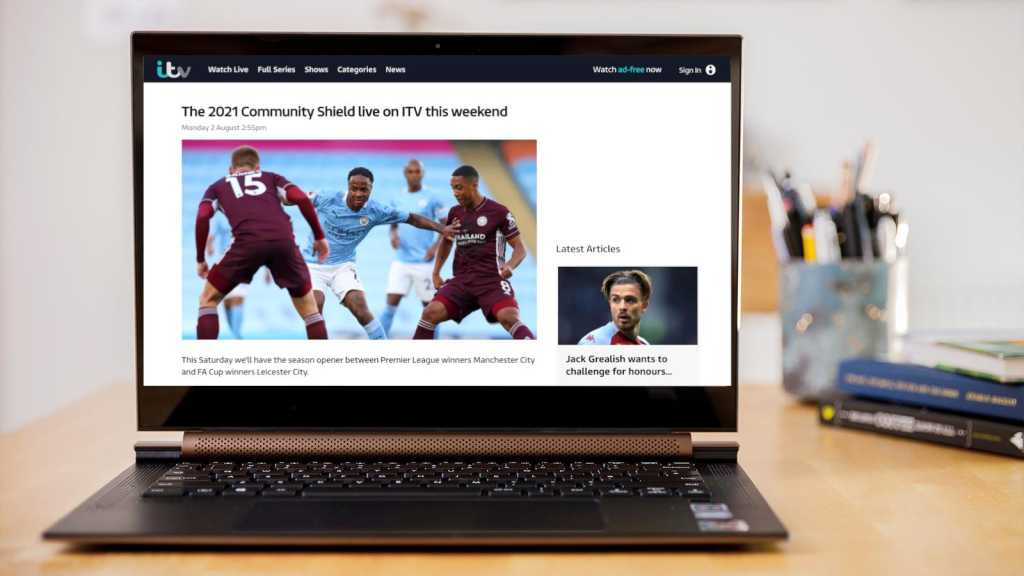 Less than four weeks after the dramatic conclusion of Euro 2020, domestic football in England is back. Football league teams get their league season underway this weekend, but Premier League sides need to wait for the Community Shield to be settled first.

While not as prestigious as the other trophies handed out later in the year, it represents the first opportunity to win some silverware, not to mention a showpiece event at Wembley Stadium. As is usually the case, this will be contested between the winners of the Premier League and FA Cup from last season.

Man City romped to their fifth PL title in 2020/21, recovering from a poor start to finish 12 points ahead of their nearest challengers. They’ll take on Leicester, who upset the odds to beat Chelsea in last season’s FA Cup final.

Here’s how to watch the game live and free, including if you’re based outside the UK.

When is the Community Shield?

The FA Community Shield will take place on Saturday 7 August at Wembley Stadium in London. The match kicks off at 5.15pm local time – here’s how that translates around the world:

How to watch the Community Shield for free in the UK

For the first time since 2012, the Community Shield will be available on free-to-air TV in the UK. ITV are broadcasting the fixture, with coverage on the main channel beginning at 4.30pm. If you don’t have access to traditional TV, you can also stream the match via the ITV Hub.

However, for both methods you’ll probably need a TV licence. Learn more in our separate guide: Do I need a TV Licence?

How to watch the Community for free from abroad

ITV and the ITV Hub is usually geo-restricted, which means you can only officially stream the final if you’re based in the UK. Before following the below method, we’d recommend seeing if another channel is broadcasting the match in your country – this will be the same as for the FA Cup. That’s ESPN in the US, DAZN in Italy and beIN Sports across much of the rest of the world.

However, if you still need to pay to access the local coverage, we’d recommend accessing the ITV Hub stream using a VPN. This will allow you to still appear as if you’re in the UK and retain access to channels, and it’s completely legal. Read more in our guide to watching ITV Hub from abroad.

Many VPN services have struggled to unblock ITV Hub recently, but we’ve tested and can confirm that Surfshark works. Check out some of the top alternatives in our best VPN chart.

If you’re only planning on using the VPN for the football, you might also want to consider a free VPN. Nearly all will have a UK server, but there may be strict data limits and there’s no guarantee it will unblock the services you want.