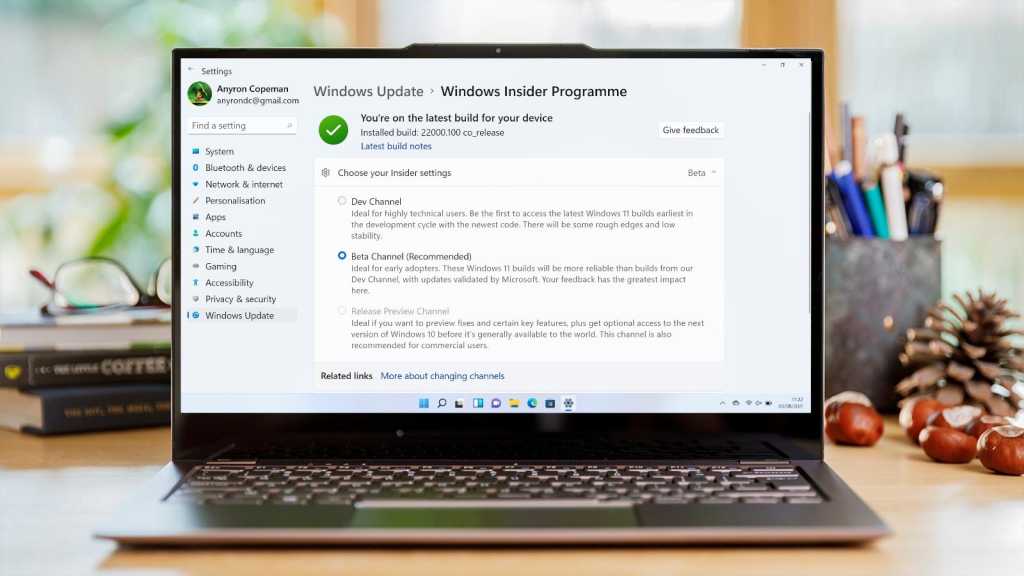 Little over a month after it was first announced, Microsoft announced the first official beta for Windows 11. Earlier builds had been available via the experimental ‘Dev’ channel, but this is the first version considered stable enough for a more widespread release.

However, many people who downloaded Windows 11 as soon as possible have reported problems with switching to the ‘Beta’ channel, where the latest build is available. Microsoft acknowledged the problem soon after and has now issued a solution via the official support forum.

Moving between Insider Program channels usually requires a full reinstall of the OS, but the option to quickly switch between them is available in Settings for a “short period of time”. A drop-down menu is available in the Windows Insider Program settings, but it’s not displaying for some users. Instead, the only option is to stop getting preview builds altogether.

How to get the Insider Program toggle to appear

Microsoft’s official post provides a relatively simple solution, but it does involve executing commands. Unlike the registry, this doesn’t make any permanent changes to your PC. Just make sure you enter the text exactly as you see it to avoid any unintended consequences.

If you’re still not seeing that option, it might be that your PC or laptop doesn’t meet Windows 11’s new hardware requirements. These weren’t being enforced on builds in the Dev Channel, but you’ll need to meet the minimum in the Beta Channel. Learn more in our dedicated guide: Will my PC run Windows 11?