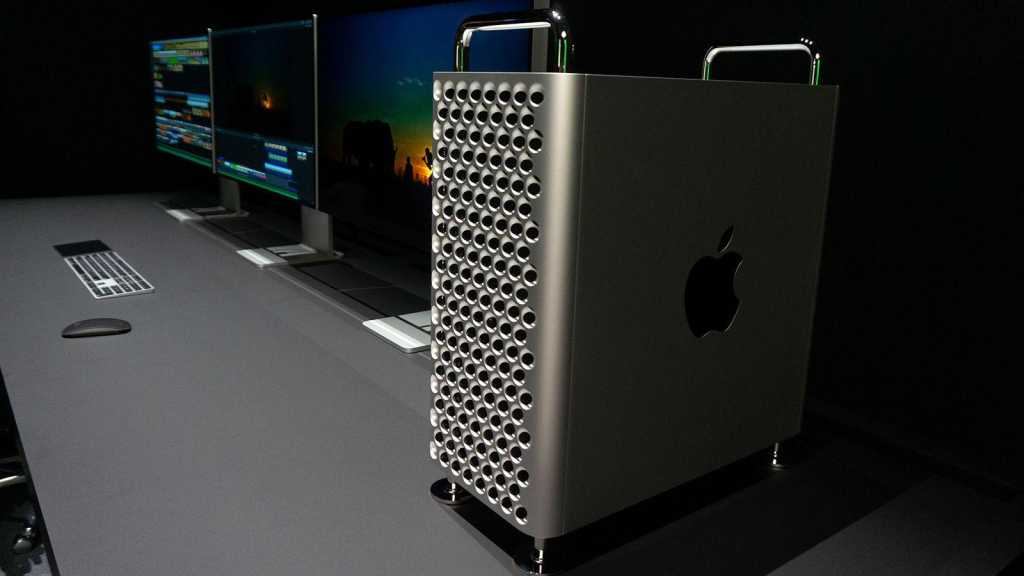 As part of Apple’s transition to Apple Silicon, the company is hard at work on a new Mac Pro behind closed doors at Apple Park – and rumours suggest it’ll be impressively fast.

While it wasn’t revealed during Apple’s September 2022 event, here’s all there is to know about the new Mac Pro (2022) right now, including release date rumours and leaked specs.

When will the new Mac Pro be released?

Apple is keeping tight-lipped on the release date of the new Mac Pro, but we do know that Apple has a plan to transition its entire Mac range from Intel to Apple Silicon by the end of 2022, so it’ll likely happen sometime in 2022.

In fact, Apple took the surprising step of teasing the release of the Mac Pro at its March 2022 event, which saw the release of the iPad Air 5, iPhone SE 3 and Mac Studio. Talking about the transition to Apple Silicon, Tim Cook teased that the new Studio “join[s] the rest of our Mac lineup, making out transition nearly complete, with just one more product to go, Mac Pro. But that is for another day.”

While it looked like WWDC launch could be possible, largely thanks to tweets from concept artist Ian Zelbo, it didn’t happen – although the MacBook Air 2022 with M2 did.

It was a similar story at Apple’s September event that saw the announcement of the iPhone 14 range alongside various models of Apple Watch and AirPods Pro 2.

So when exactly will the Mac Pro make an appearance? It’s running out of time if it’s going to hit the 2022 deadline, after all.

Looking back at the December 2019 release of the current Mac Pro, Apple could follow suit with the new model, pushing it out just ahead of its self-appointed deadline.

That’d give the company as much time as possible to refine the design and technology to deliver the pro-level experience that creative professionals rely on.

That said, Apple is said to be planning an event in October 2022 where it’ll reveal the new entry-level iPad alongside the upgraded iPad Pro collection. It’s possible that Apple could also take the opportunity to showcase the top-end Mac Pro, though judging by previous years, a third Mac-themed Apple event in November is entirely possible. We’re still waiting on an updated Mac Mini after all!

How much will the new Mac Pro cost?

Of course, it’s not a Mac for the general public. It’s designed for movie studios, animation studios and other big-budget creative businesses, making the price a little more understandable.

Those hoping for a reduction in price with the Mac Pro (2022) will likely be disappointed; while other Apple Silicon upgrades aren’t any more expensive than their Intel counterparts, they’re not any cheaper either. That means the new Mac Pro will likely launch at around the same £5,499/$5,999 as the current model, but we’ll update this section if we hear differently.

While we’re still some time away from the potential release of the new Mac Pro, the rumour mill is already churning away, giving us an idea of what to expect from the next-gen kit.

The main driving factor behind the next Mac Pro update is the transition to Apple Silicon, so it’s safe to say that the new Mac Pro will sport an Apple-made chipset – and rumours suggest it’ll far surpass the capabilities of the M1 Pro and M1 Max chipsets in the redesigned MacBook Pro range.

The entry-level model sounds eerily similar to the M1 Ultra found in the new Mac Studio, but there’s nothing available official on the latter. Could that be the first M2 chipset?

Regardless of branding, that leaves the 8 performance, 2 high-efficiency and 16/32 cores of the current MacBook Pro in the dust, that’s for sure – but given its target audience, it’s not exactly a surprise.

There’s no word yet on RAM and SSD options, but that’ll likely come as we creep ever closer to its 2022 release.

Apple’s current Mac Pro was released to general ridicule back in 2019, with many internet memes comparing the high-end Mac to a cheese grater. With that still relatively fresh in our minds, surely Apple would want to overhaul the design to something a little less… cheese-grater-y this time around.

According to Apple leaker Jon Prosser, that’s exactly what will happen. Discussing the upcoming Mac Pro in an episode of Front Page Tech, the leaker suggests the new high-end Mac will come in a body that looks like three Mac Minis stacked on top of one another. He even included a render, which you can see here: 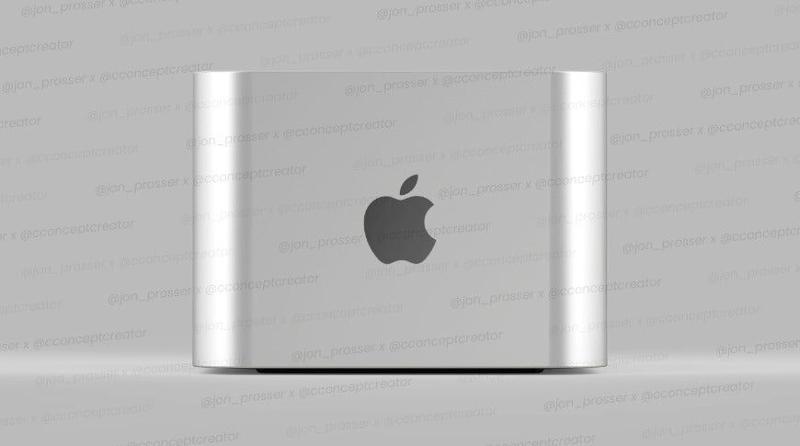 However, Jon Prosser is far from 100% accurate when it comes to his claims, and it looks almost identical to the Mac Studio which isn’t a Mac Pro replacement, so it’s possible he got his wires crossed.

The competing theory, this time from Mark Gurman at Bloomberg, is that the new Mac Pro will keep the existing design, but the overall form factor will shrink somewhat. He describes it as a “revamped, smaller Mac Pro with Apple Silicon” in a newsletter, though doesn’t go into any specific detail about how exactly it’ll be revamped.

Given the amount of hardware packed into the current Mac Pro, it’d be hard for Apple to transition to something similarly shaped to the Mac Mini – the revamp option seems the more likely of the two, but we’ll update this section if we hear anything else.