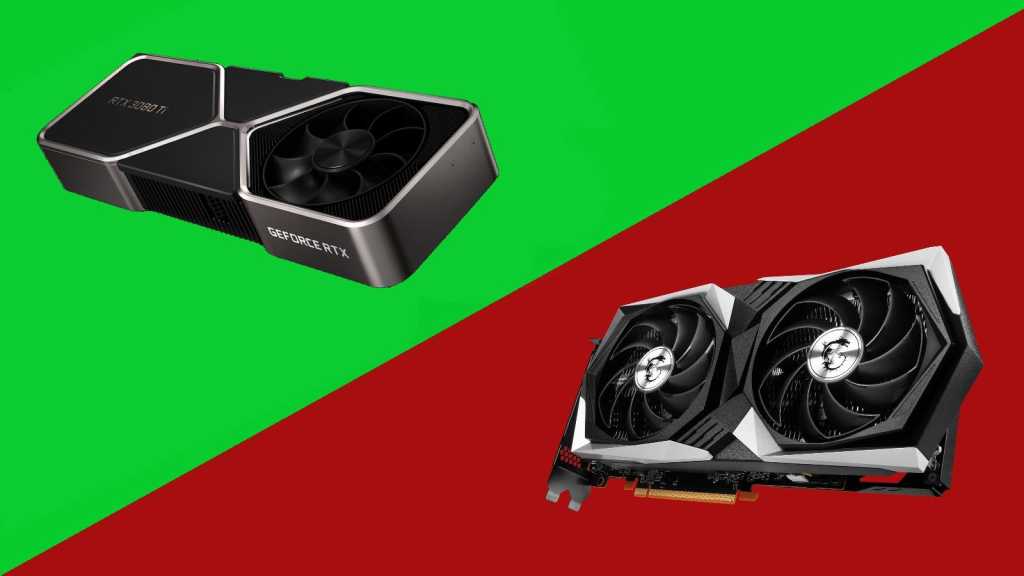 Nvidia’s Deep Learning Super Sampling (DLSS) technology has been dominating the gaming community over the past couple of years, offering boosted resolutions, improved framerates and even improved quality compared to native resolution in supported titles – in fact, it has been a huge selling point of Nvidia’s AI-powered RTX 20 and 30 Series graphics cards compared to AMD’s offering.

The question is, what’s the difference between the two upscaling technologies? We explain all you need to know about Nvidia DLSS and AMD FSR, including the key differences, right here.

What is Nvidia DLSS?

Nvidia DLSS, also known as Deep Learning Super Sampling, is a key feature of Nvidia’s recent GPU offering. Supersampling as a technology isn’t a new concept, but DLSS (and more specifically, DLSS 2.0 released in 2020) takes things a step further, with Nvidia’s technology able to add more detail than native resolution while providing a significant boost to average framerates – even when combined with Nvidia’s ray-tracing technology.

Now, before you get all excited and try running an old game like Portal 2 expecting to benefit from DLSS 2.0 and ray-tracing tech, it’s worth pointing out that games have to specifically support the technology.

For a game to be compatible with the original DLSS supersampling tech, it had to be broken down into what Nvidia describes as “perfect frames”, which are then fed into Nvidia’s supercomputer and neural network for analysis.

The perfect frames are initially low-resolution images with a focus on anti-aliasing, but subsequent runs focus on sharpening the image with AI-created pixels for a higher overall resolution. It does this by comparing the low-res frames to their high-resolution counterparts, making adjustments to essentially create a high-res frame from a low-res frame.

This process is recreated thousands of times to teach Nvidia’s AI how to correctly upscale frames in real-time, and that data is then fed to your Nvidia GPU and its AI Tensor cores via driver updates. Now those driver updates make a little more sense, right?

The process has been refined further with the release of DLSS 2.0, which now uses one big network to handle all games, rather than having to feed games through the network on a game-by-game basis. That means the AI can reference upscale data from other processed games (as well as non-game content) to successfully upscale a game that hasn’t specifically been analysed by the supercomputer and neural network.

That won’t mean all games will support DLSS 2.0 automatically going forward, but it does mean that games will be able to integrate the technology quicker and easier than before.

Nvidia claims that DLSS 2.0 can increase resolution by 4x without a noticeable impact on framerates – in fact, framerates consistently improve with Nvidia’s tech – meaning you’ll be able to render a 4K image while your computer is only running the game at 1080p using Nvidia’s AI smarts.

Even better, you can run a game at sub-720p and get a crisp 1080p image, although the higher the base resolution, the better the result. You’ve also got a choice between rendering modes – performance, balanced and quality – depending on what you want the supersampling tech to prioritise.

Even if you’re not playing on a 4K monitor, you’ll see a massive jump in detail, even when it comes to smaller elements of the game. Take a look at the below comparison to get an idea of what to expect from DLSS 2.0:

Even if a game does support DLSS, you’ll need to make sure you’ve got an Nvidia RTX 20- or 30-Series graphics card with the Tensor cores requires for real-time AI-powered upscaling.

If you’re on the AMD side of things, you’ll have likely heard a thing or two about AMD’s FidelityFX Super Resolution – shortened to FSR. Announced and released in June 2021, it’s AMD’s answer to Nvidia DLSS for AMD GPU owners, but the two technologies are fundamentally quite different.

While Nvidia’s upscaling technology relies on artificial intelligence and Nvidia’s combined supercomputer and neural network, AMD’s FSR relies on open-source spatial upscaling algorithms. The company claims that it doesn’t need any per-game training or data like frame history while still being able to deliver up to 2x performance or 4x resolution depending on your priorities.

That spatial upscaling algorithm works by detecting and recreating high-resolution edges from the source image, allowing the algorithm to upscale the image on the fly with comparable quality to the source.

The algorithm-focused approach to upscaling tech means AMD’s FSR isn’t limited to recent graphics cards. Most, if not all, GPUs from the Radeon RX Vega Series-era to the current RX 6000 Series can make use of the tech in supported games. In fact, AMD is also welcoming Nvidia fans that can’t take advantage of DLSS, with compatibility with modern Nvidia GPUs too.

It’s not just limited to PC gamers either; as the Xbox Series X|S use an RDNA 2-based GPU, it has been confirmed that Xbox developers will also be able to make use of FSR in console titles. That could offer significant performance gains, especially for the entry-level Xbox Series S, as well as being able to push the Xbox Series X to higher-res outputs up to 8K down the line.

The algorithm is open source with support for DirectX 12, DirectX 11 and Vulkan APIs and the ability to port it onto other platforms without any kind of AMD restrictions – developers are free to implement the tech however they see fit. That should tempt developers to integrate FSR into their games, but there aren’t many that do at the time of writing.

Still, it was a similar story when DLSS first appeared on the scene and many high-profile games offer support now, so it’ll likely begin appearing in titles within the next few months.

What are the key differences between Nvidia DLSS 2.0 and AMD FSR?

While Nvidia DLSS 2.0 and AMD FSR both aim to improve overall quality, resolution and framerate, the two technologies are fundamentally different. Nvidia uses a combination of a neural network, supercomputer processing and local AI power to upscale gameplay and increase the frame rate, while AMD uses algorithms to achieve similar results.

That means while Nvidia’s tech is exclusive to GPUs with Tensor cores – the RTX 20 and 30 Series’ – AMD’s upscaling tech is compatible with GPUs of all shapes and sizes including older Nvidia GPUS that can’t take advantage of DLSS.

The original iteration of DLSS used to require games to be processed on a per-game basis, meaning integration was slow initially, but DLSS 2.0 did away with the requirement. The tech is now able to perform better than the original DLSS, with sharper images better than native resolution in some cases, without analysing frames from that specific game. It instead references content from other games and even non-game content, which speeds up developer integration.

However, it’s still a process controlled by Nvidia, whereas AMD’s competing FSR technology is fully open source, allowing developers to implement it wherever and however they like, meaning uptake should be much quicker than we saw with DLSS.

There’s also game compatibility to consider; it doesn’t matter if the tech is superior if no games offer support. There are plenty more games that support Nvidia DLSS 2.0 than AMD FSR right now, with over 60 big titles including Call of Duty: Warzone and Cyberpunk 2077 sporting DLSS support on PC.

FSR support, on the other hand, is limited to just 11 titles including Godfall, Resident Evil Village and Evil Genius 2 at the time of writing, though support for Far Cry 6, Baldur’s Gate III, Myst and other upcoming games have been confirmed.

Realistically, it’ll all come down to the GPU that you have; if you’ve got an RTX 20 or 30 Series graphics card then it makes sense to utilise Nvidia’s AI-powered DLSS 2.0 upscaling tech. But, if you’re an AMD gamer (or an Nvidia gamer with an older GPU) then dip your toe into the world of AMD FSR.

Both achieve the same overall aim, with an increase in resolution and framerate, they just take two very different routes to produce it.