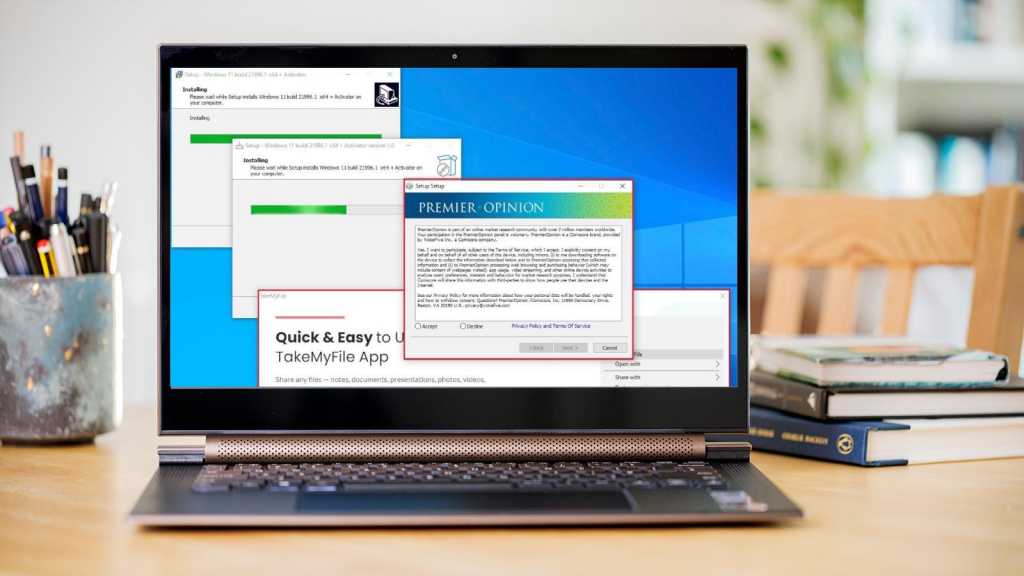 A final version of Windows 11 hasn’t even been released yet, but bogus download links are already being widely shared online. That’s despite Microsoft’s upcoming OS being a free upgrade for compatible devices, and an official beta that’s widely available right now.

Russian cybersecurity company Kaspersky has now issued an official warning, urging people not to download Windows 11 from non-official sources. Some of these third-party sites may seem trustworthy, but their versions of the new operating system are often loaded with viruses and malware.

Kaspersky has highlighted one of the most common examples. A download link for a 1.75GB file has been circulating online, with the name “86307_windows 11 build 21996.1 x64 + activator.exe”. This sounds a lot like a full version of Windows 11, but installing it will get you software of a very different kind – adware and malware.

That’s because it’s not an official version distributed by Microsoft. Kaspersky warns that there may be other malware and viruses out there posing as Windows 11.

Of course, there is an easier way. Microsoft isn’t enforcing Windows 11’s new hardware requirements during the testing phase, so anyone with a Windows 10 PC can try it out. You’ll just need to sign up to the Windows Insider Program, choosing the ‘Dev Channel’ – learn more in our guide to downloading the Windows 11 beta.

Installing this early build still isn’t recommended on your main computer, as bugs and missing features are still likely. It’s also important to activate effective security software as soon as Windows 11 is installed. Microsoft Defender is already installed, but there are plenty of great alternatives.