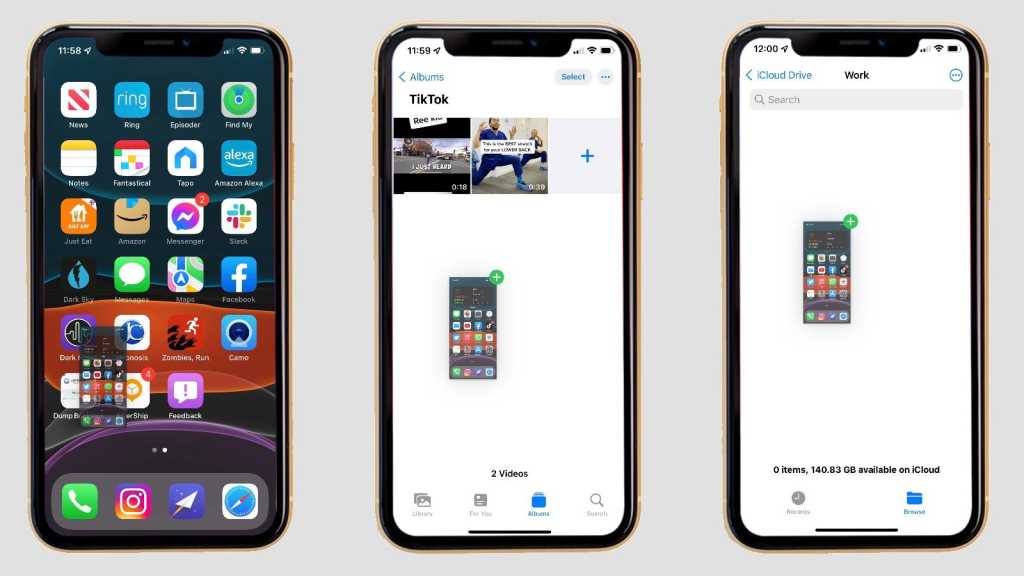 iOS 15 introduces a number of new features to the iPhone experience, with headline features like Focus and Notification Summary quieting the constant stream of notifications, while FaceTime has had an upgrade to make it compete better against the likes of Zoom.

Of course, it’s not always about the big features, and one of the smaller new additions is the expansion of the drag and drop functionality on iPhone, allowing you to drag and drop files, images and screenshots from app to app.

Here’s how to use the new drag-and-drop functionality on iPhone in iOS 15.

How to drag-and-drop screenshots in iOS 15

Dragging and dropping screenshots in iOS 15 works in a similar way to the drag-and-drop functionality on iPad. If you’ve got iOS 15, here’s how to do it:

It’s worth noting that even if you drag-and-drop a screenshot to an app like Files, it’ll still automatically get saved to your camera roll just like every other screenshot you take on an iPhone.

That’s because the new drag-and-drop feature duplicates the screenshot rather than moving the original, but despite this, it’s still a helpful feature for screenshot sharing and organisation.

For more, take a look at our top iOS 15 tips and tricks.