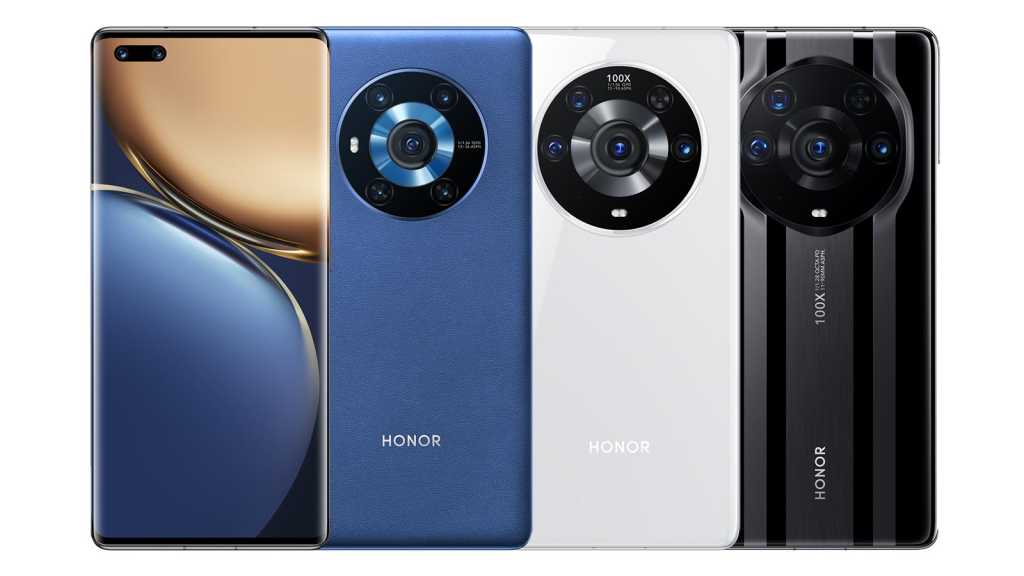 The Honor Magic 3 series is what Honor claims are its first flagship phones since becoming an independent company last year, having been sold by Huawei.

That claim might sting for owners of the Honor 50, which also launched last year, but it’s a clear sign that Honor is positioning the three Magic 3 phones – with a Pro and Pro+ in addition to the standard model – as true premium phones, with the specs to match.

When is the Magic 3 release date?

Honor unveiled the Magic 3 series at an event in China on 12 August, with the phones going on sale in that country first.

The company promised a global launch for the phones, though only said that this will come “at a later date,” so we don’t know when just yet. The Honor 50 series came with a similar global promise at its mid-June launch, but it took until October for that phone to launch worldwide.

We’re now worried that the Magic 3 might not get that global launch after all though. That’s because Honor has confirmed that it will launch the Magic 4 series on 28 February as part of the Mobile World Congress tradeshow, so it feels like time might have run out for the Magic 3 series.

Join us for our newest flagship phone, the #HONORMagic4 Series at MWC Barcelona 2022 & stay tuned to witness #ThePowerofMagic at 1pm (CET) on Feb 28. You won’t see it coming! pic.twitter.com/ygzsKBNEfY

We also don’t know where that leaves the company’s Magic V foldable phone – which is also out now in China, but not globally.

We discussed the Magic 3 – along with all the other new products announced in the same week – in an episode of our weekly podcast Fast Charge, which you can watch right here:

How much does the Honor Magic 3 cost?

Honor has announced pricing for specific Magic 3 variants in Euros, which are as follows:

What are the Magic 3 specs?

Honor has gone all out on the specs for the Magic 3 line, especially when it comes to the cameras. Let’s break it down, looking at each phone in turn. 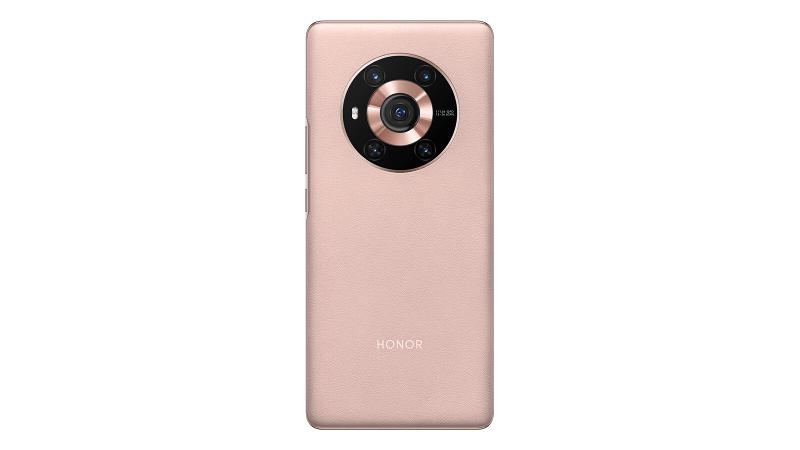 The standard Magic 3 is the most basic phone in the line-up, but it’s still fairly impressive.

Some of its features are found across all three phones: the 6.76in curved OLED display for starters, with 120Hz refresh rate, HDR10+ support, and a resolution of 2772×1344. Each phone also includes a 4600mAh battery that can be quickly topped up by 66W wired charging.

The phone features a triple camera: a 50Mp main lens, 64Mp mono, and 13Mp ultrawide. You also get a single selfie camera.

The rear cameras are arranged in a large, circular camera module that the company is calling the ‘Eye of Muse’, and the phone comes in four finishes: white or black glass; and Blue Hour and Golden Hour, which are both vegan leather. You also get an IP54 rating for dust and water-resistance, and stereo speakers.

Beyond the hardware specs, the company has also announced a partnership with IMAX Enhanced, a format that allows 4K HDR content with DTS audio to be played on HDR10+ displays. This partnership makes the Honor Magic 3 series the first smartphones to officially support the format.

Video is also a focus on all three phones, with optional support for the log film format and 3D LUT (look up tables) for enhanced colour grading of your footage. Honor has partnered with Hollywood colourist Bryan McMahan to create eight exclusive LUTs based on classic film styles.

As for software, we can also expect the Magic 3 phones to launch with full Google Play Services support worldwide. Since being sold by Huawei Honor is now free to work directly with Google. The company is only promising “at least one OS update” for the phones however, lagging behind the update promises of other Android brands.

Here are the full Magic 3 specs: 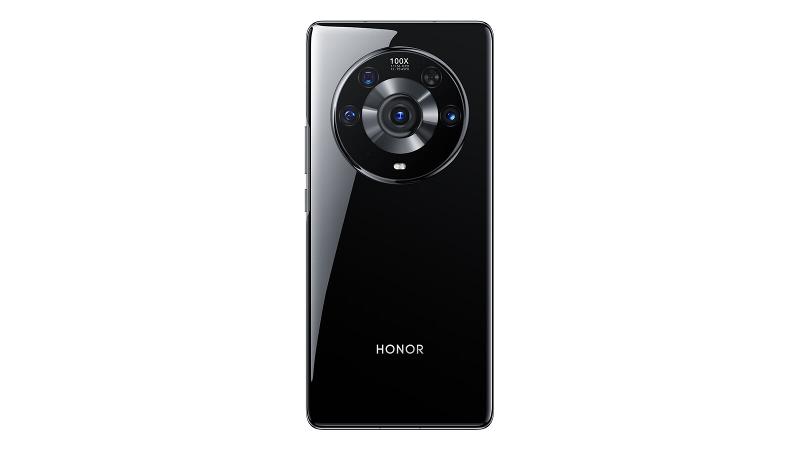 As you’d expect, the Pro version of the Magic 3 has a few key upgrades over the base edition.

First up, it makes the jump to Qualcomm’s latest Snapdragon 888 Plus processor, making it the second device to come equipped with the new silicon, hot on the heels of the Xiaomi Mi Mix 4.

Charging has also been upgraded, with the same 66W wired speeds but the addition of 50W wireless charging too.

You also get two extra camera sensors. On the rear, a 64Mp 3.5x zoom periscope lens is included, with max digital zoom up to 100x. Meanwhile the front gets the slightly less exciting addition of a 3D ToF sensor, which allows more secure face unlock and clever features like an always-on display that only switches on when you’re looking at it.

Finally, the design remains broadly the same except for the re-arranged cameras, with one other oddity: the Blue Hour finish isn’t available on the Pro. Waterproofing is also upgraded to IP68. 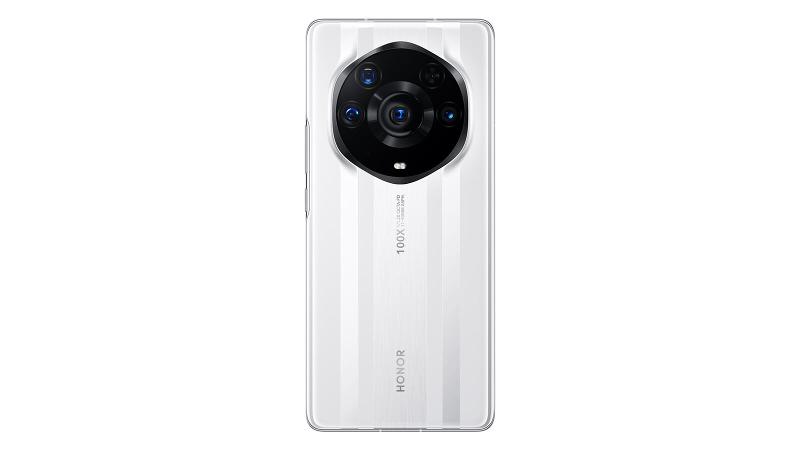 You probably won’t be shocked to hear that there are yet more upgrades for the Pro+ model, though they’re mostly limited to the design and the camera.

The Pro+ is the only phone in the set to be made with a ceramic rear, available in black or white with a striped finish – and a slightly redesigned camera module that’s hexagonal instead of round. It also has a ‘Nano Crystal Shield’ screen, which Honor says offers 3x more drop resistance.

The selfie cameras are the same as on the Pro, as are the mono and periscope. The ultrawide gets an upgrade to a 64Mp sensor though, while the main camera stays at 50Mp but upgrades to the larger 1/1.28in IMX700 sensor – an admittedly older sensor also seen in the Honor 30 Pro+.

The Honor Magic 3 phones are intriguing, and we can’t wait to get a look at those cameras to see what they can really do. Keep checking back to this page, as we’ll be updating the article as more details become available.

In the meantime, check out our guide to the best mid-range smartphone and best Chinese smartphones to see what the Honor Magic 3 will be up against.