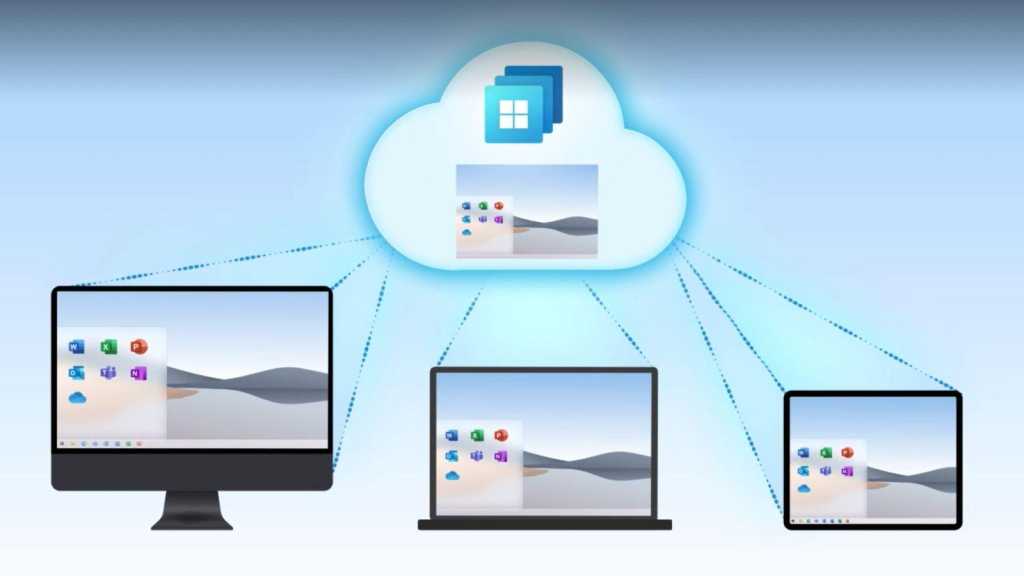 2021 was a defining year for Microsoft. Alongside a wide range new Surface hardware, the company is focusing on software in a way we haven’t seen for a long time.

Without a doubt, the biggest announcement was Windows 11. This brand-new version of Windows includes an overhauled design, various new multitasking features and native support for Android apps.

What’s more, it looks like Microsoft wants to build up the software infrastructure around the new OS. This includes Windows 365, a new business-focused service designed for the work from home era. Here’s everything you need to know.

In its simplest form, Windows 365 is a service that allows business customers to access Cloud PCs from anywhere. A similar feature has been available via virtualisation and remote access software in the past, but it’s the first time we’ve seen an official service from Microsoft.

If you’re unsure whether your device is classed as a Cloud PC, there’s no need to worry. All Windows 10 and Windows 11 devices are compatible, and the session can be streamed to hardware running macOS, iPadOS, Linux and Android.

Once set up, it’s a simple case of navigating to the Cloud PC website and signing in – all modern web browsers and Microsoft’s Remote Desktop app are supported.

The timing of this announcement is no accident. As life begins to return to normal in some locations, Microsoft is anticipating that many companies will adopt a flexible working model, with each week split between home and the office.

It seems like a fair bet, especially when Microsoft itself is embracing similar practices. In this hybrid scenario, shifting from a Windows desktop in the office to a personal laptop at come can feel jarring. The introduction of Windows 365 aims to smooth that transition.

Within the Windows 365 portal, you’ll also get access to Microsoft 365 apps like Word, Excel, PowerPoint and Excel. Microsoft Teams will be natively supported on most plans, as well as Adobe Reader, the Edge browser and Microsoft Defender antivirus software.

Windows 365 plans are split into ‘Business’ and ‘Enterprise’, and the features vary slightly between them. Business subscribers can manage everything online via windows365.microsoft.com without the need for a licence, and add up to 300 users. The Enterprise tier removes this limit, allowing you to build on existing licences and take advantage of Microsoft’s Endpoint Manager data security software.

When did Windows 365 come out?

Microsoft officially announced Windows 365 in a blog post on 14 July. It became available to business customers on 2 August 2021, although the free trial period was paused soon after “following significant demand”. You can sign up to be notified when trials become available again, but there’s no guarantee that’ll be anytime soon.

If you want to use the service right now, that means you’ll have to commit to paying for a subscription without testing it out first. As is explained in the next section, it doesn’t come cheap.

At Microsoft’s hybrid work event on 5 April 2022, the company then announced several new features for Windows. However, it’s not clear when they’ll become available to customers.

How much does Windows 365 cost?

There are plenty of Windows 365 subscriptions to choose from. Firstly, plans are split into ‘Business’ and ‘Enterprise’, although the latter requires users to be running Windows 10 Pro or Windows 11 Pro. That allows them to take advantage of Windows Hybrid Benefit pricing, which is also available to Business subscribers.

However, there are plenty of other options. Here’s the full range:

Enterprise plans are all priced identically to the Windows Hybrid Benefit tier.

At Microsoft’s hybrid work event in April 2022, the company announced that Windows 365 will now be directly integrated into Windows 11. This makes it easy to quickly move between your regular desktop and Cloud PC, simulating the experience of multitasking.

A new Task Switcher tool aims to smooth this process, but it’s just one of three new features coming to Windows. If you primarily use Windows 365 instead of the regular operating system, Boot allows you to log directly into the Cloud PC each time you turn on your device.

Windows 365 relies on the internet, but a new Offline feature means it’ll continue working even when your connection drops out. The obvious caveat here is that nothing will be saved until you’re connected once more.

Will Windows 365 ever be available to consumers?

That’s not yet clear. Windows 365 remains exclusive to business at the time of writing, although these can range from one-man companies to huge enterprises. This opens the door for a consumer launch further down the line, but that’s just speculation at this stage.

The seamless remote access Microsoft is advertising here could prove valuable to many consumers, although the high price tag may put people off. A consumer version would have to be significantly cheaper, or bundled with Windows 11 or Microsoft 365.