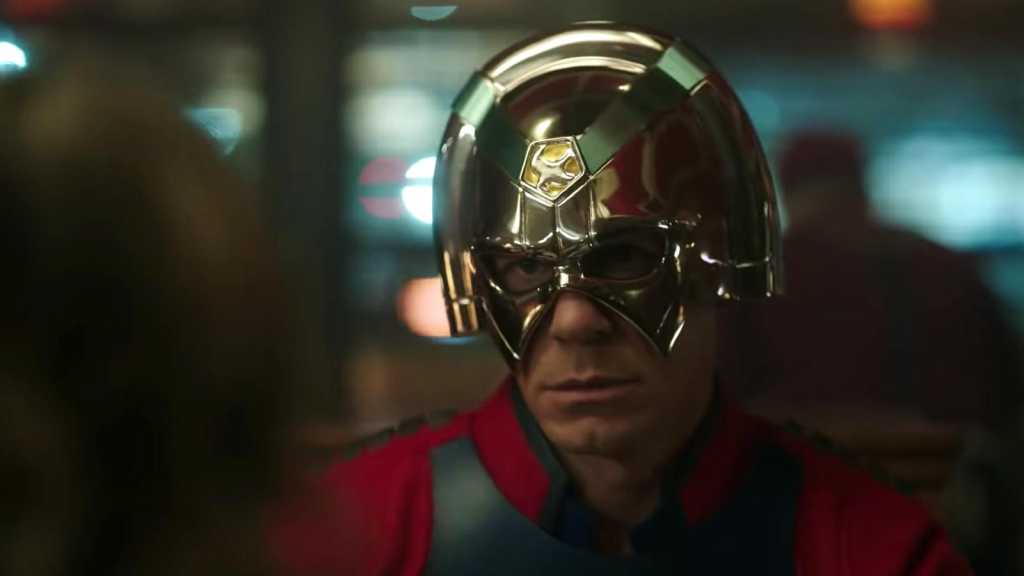 The DC Universe continues to grow with another adaptation of one of its (anti) heroes. Peacemaker is led by John Cena, and has been making a name for itself with one of the biggest debuts on HBO Max (likely helped by that iconic dance number in the opening credits).

The series has now aired all of its episodes on HBO Max. But will it ever come to the UK? In addition, will the series be back for more? We have everything you need to know. You can also check out how to watch Our Flag Means Death in the UK.

When is the UK release date for the Peacemaker TV show?

All of Peacemaker is out now on HBO Max in the US, as well as other territories that have the streaming platform.

James Gunn has confirmed that the show will come to the UK via Now and Sky, there has been a delay between this and the initial US release.

Fortunately, there’s not long left to wait. All episodes of Peacemaker will arrive in the UK on Sky and Now on 22 March 2022.

Will there be a season 2 of Peacemaker?

Yes – John Cena confirmed on Twitter that another season is on the way after the series had the best performance so far of any series on HBO Max.

In response, general manager at HBO Max Luis Duran revealed that the next season will debut sometime in 2023.

Is there a trailer for Peacemaker?

Yes! We have a full trailer for the show which you can watch below:

Then there’s also the official teaser:

There’s also a clip of when the group meet Peacemaker for the first time:

What is the plot of the Peacemaker TV show?

Spoilers for The Suicide Squad movie

Peacemaker takes place after The Suicide Squad. In this film, Peacemaker works alongside his teammates on the mission they’ve been assigned: to destroy all evidence of Project Starfish.

However, when Rick Flag discovers that the US government has been complicit in the experimentation of children for Project Starfish, he decides that the proof should be released to the public.

Peacemaker believes that this would cause chaos in the country, and consequently tries to take the drive so he can destroy it on behalf of Amanda Waller. When Rick Flag tries to stop him, the two fight and Peacemaker kills Flag.

Ratcatcher 2 overhears everything and manages to steal the drive. Eventually, Peacemaker catches up to her and attempts to kill her as well. However, Bloodsport arrives on the scene in the nick of time, shoots Peacemaker and leaves him for dead underneath the rubble of Jotunheim.

However, the post-credits scene reveals that Peacemaker had been recovered from the rubble by Waller’s team, in case the world needed saving once again. The scene ends with him lay in a hospital bed, which will lead directly into the HBO Max series. 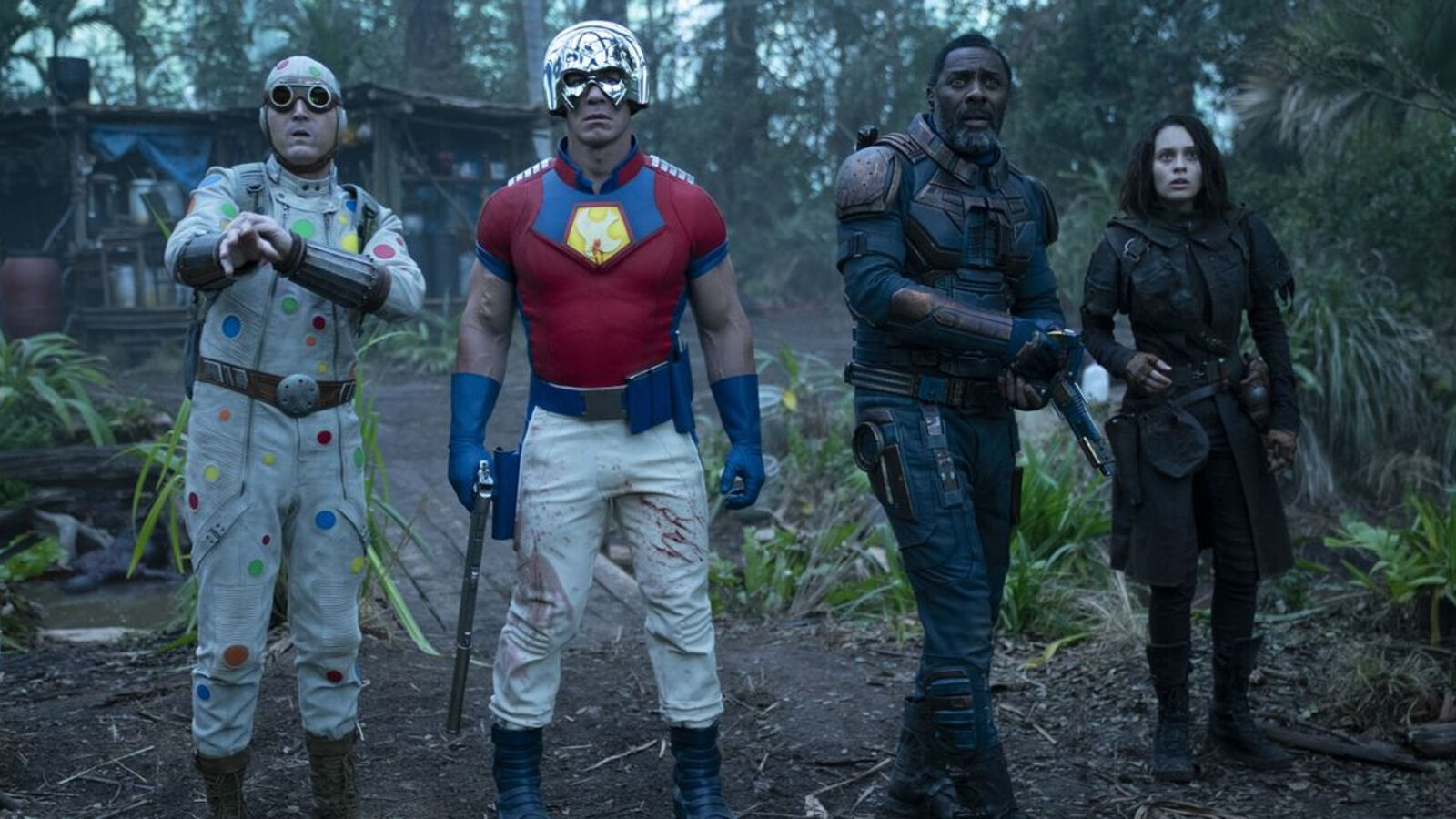 The events of the film showed Peacemaker’s true colours – he’s ultimately concerned about the greater good, even if that means betraying those around him. In addition, he’s loyal to the government.

James Gunn elaborated on this in an interview with Empire Magazine. Speaking about the character, he said: “He’s not a good guy. And he wears the goofiest costume you’ve ever seen in your life.”

In terms of what appealed about this sort of ‘hero’, Gunn told Empire, “Peacemaker has a clear set of ideals that I find really interesting… You know: ‘I want peace no matter how many men, women and children I need to kill to get it.’ Sounds like nonsense, but it also makes a lot of sense. And you see in John’s performance how he does not feel good about it – something I thought was the seed of an entire eight-episode show.”

In keeping with a series that has a villain as its protagonist, it seems that the show will be dark and possibly even uncomfortable viewing as it explores the side of society that has been brought out into the public in the last few years. It will also explore his relationship with his father, and the negative influence it has had on him.

“He represents a part of the world populace that is problematic to say the least,” Gunn told Empire, “and puts him in a situation where he has to face the choices he’s made throughout his life and the extremity of his views.”

That said, the footage so far showed off the classic goofy humour seen in past Gunn superhero flicks. In fact, producer Matt Miller describes the show as “like The Office, but as a superhero show [with] more people getting shot in the face”.

Cena gave viewers a glimpse of his costume in an interview with Jimmy Fallon on The Tonight Show where he also discussed the character. Here’s the clip:

Who are the cast and crew of Peacemaker?

Here’s the roster for the TV show:

James Gunn is the writer and directs five of the eight episodes, while the others are helmed by Jody Hill (The Righteous Gemstones, Vice Principals), Rosemary Rodriguez (Jessica Jones, The Walking Dead) and Brad Anderson (Titans, Treadstone).

Where can I watch Peacemaker?

HBO Max is the home for Peacemaker, so if you’re in the US then you’ll need a subscription to the streaming service. This costs either $14.99 per month for no ads and new Warner Bros. movie releases, or $9.99 for ad-supported content and a more limited film and TV library.

As it’s not available outside North America, the UK and other territories will turn to services such as Sky or Now which host many of the HBO shows. However, we’ve not yet had confirmation from these services about when the show will debut.

Fortunately, there is a way to stream Peacemaker on HBO Max in the UK – by using a VPN.

How to watch Peacemaker on HBO Max in the UK

To sign up for a subscription you have to go to the HBO Max website. You won’t be able to open the website on your normal UK browser due to the site only being available in the US. However, this is easily overcome through the use of a VPN.

Having a VPN (virtual private network) allows you to change your IP address so you can browse the internet as if you’re based in another country. For HBO Max, you will need a US server. For the best performance and pricing, we recommend either NordVPN or Surfshark. You can also take a look at our list of the best VPNs for HBO Max.

Once you’ve chosen your VPN, you’ve gotten past the first hurdle of watching HBO Max. The next will be when you need to input your payment information.

For the next step, you’ll need the HBO Max app. We have successfully tested this method using NordVPN and an Android phone.

Once you’ve bought the VPN you want, you’ll need to download it on either your iOS or Android device. The HBO Max website currently only allows you to sign up if you have a payment card that’s tied to the US. If you don’t have that, here are the steps you should take:

Sometimes, the Google Play Store does not change to the US version, even when creating a new account.

The way to get around this is by connecting to a VPN on a PC, signing into the Google Play Store US website, searching for the app you need and sending it to your phone (whilst still connected to the VPN). You can see an example using Peacock below: 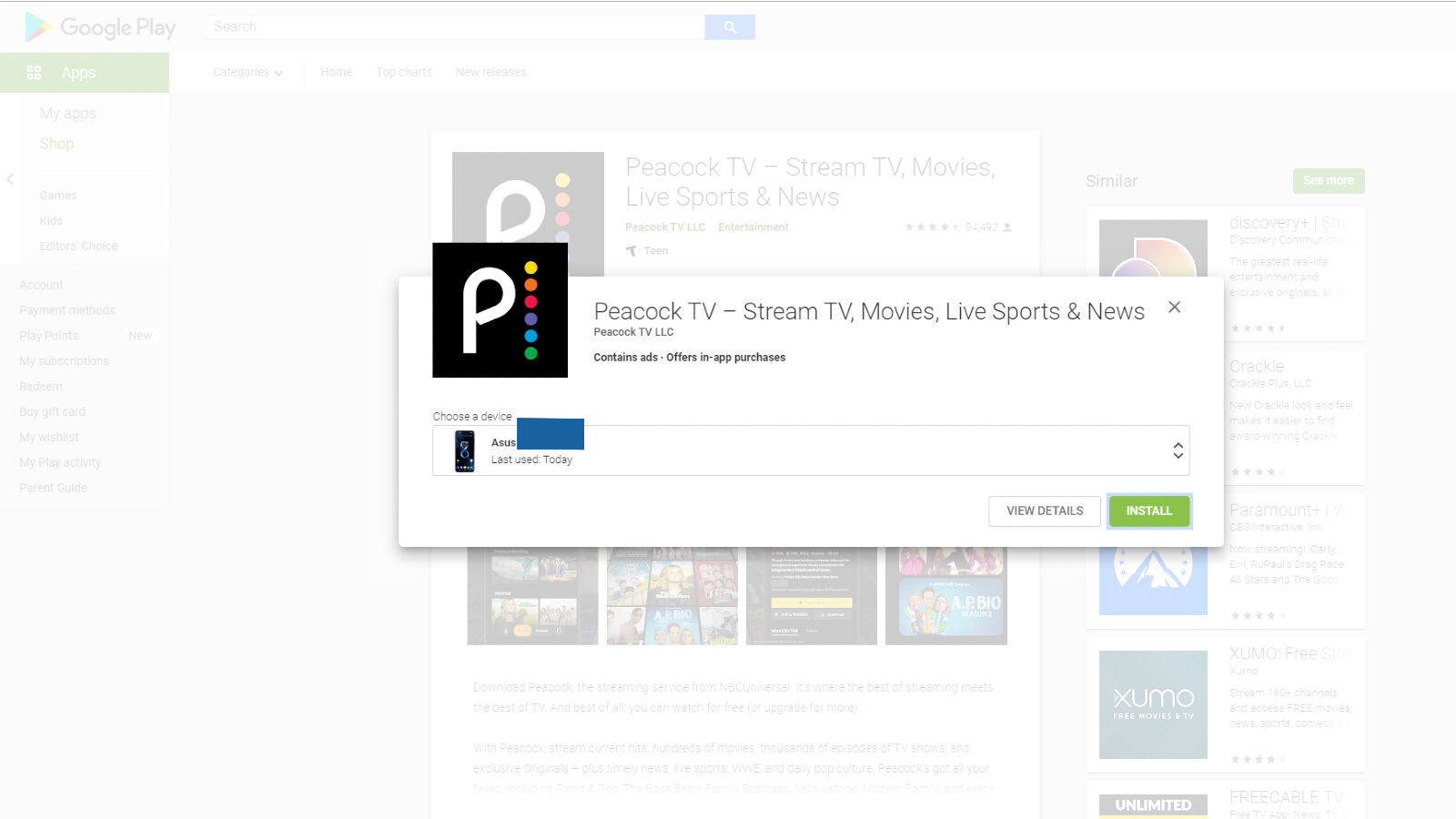 There have been reports of users not being able to install HBO Max on iOS as the app store forces users to register their payment details and doesn’t accept UK PayPal if you try to register with this account.

To get around this, we recommend purchasing US App Store credit via a digital gift card – which can be added as a US payment option.

You can purchase this from places such as Amazon US, though there are other retailers available. You’ll need a website that allows you to pay with UK bank details. The typical minimum amount you can purchase will be $25 – enough to cover one month’s subscription to HBO Max.

When the site asks you to put in the recipient, enter your own email address and the code to redeem the money will be sent to your inbox. Then when you need to add payment information in the app store, select ‘redeem gift card or code’, and you should be able to add the money as credit on your account.

With this, you should then be able to sign up for an HBO Max account to stream Peacemaker. Once your account is active, you can change your payment information back to your UK PayPal via the website to avoid having to pay for a new gift card every single time.

We’d like to stress that all of these methods are technically against HBO’s terms of service, so the company could cancel your account at any time. Proceed at your own risk.