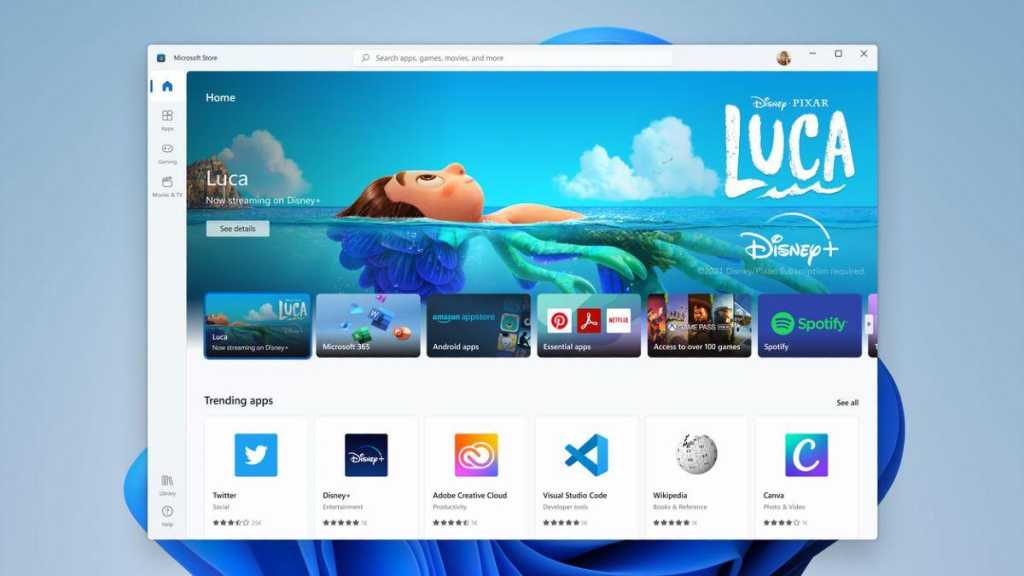 The new Microsoft Store on Windows 11 is already developing extremely promisingly. An early build of the new OS has only been available to insiders since 28 June, but the Store has seen several new software additions since then.

Microsoft’s new attitude to the Store wasn’t one of the headline announcements at its Windows 11 event, but it could prove significant. The company is making it easier for third-party developers to distribute their apps on the Microsoft Store, by removing the previous UWP (Universal Windows Platform) requirement and allowing software that uses Win32 installers.

However, that’s not all. Microsoft will not make any money from these apps being on the Store, as well as leaving all development and updating to the companies themselves. The one area Microsoft does still want an income is games, but even this is a reduced proportion compared to before.

The upshot of all this is that it’s now much easier and more attractive for developers to make their apps available on the Microsoft Store. And the impact it’s having is already clear to see.

Zoom, OBS and more already added to the Microsoft Store

This new approach is working, as a quick look at the Microsoft Store on Windows 11 proves. For the first time, popular desktop applications such as Zoom, Canva and OBS are now available without having to download an exe file from the web.

Each new app has a ‘Provided and updated by’ section, proving that the software developers and not Microsoft are responsible for its upkeep. Other key Windows tools like WinZip 25 and Adobe Acrobat Reader are also celebrating their premiers on the Microsoft Store.

Another important app is set to follow soon – Mozilla will make its Firefox web browser available in the Microsoft Store soon. It’s an exciting development, considering browser extensions for Microsoft Edge are also now available within the store.

The bottom line here is that Windows users can look forward to a much-improved Microsoft Store in Windows 11. It offers a much greater range of software than the Windows 10 equivalent, while the app is now much faster and easier to use.

We’d expect Microsoft to make the improved Store available to Windows 10 users at some point, especially as it will continue to be supported until October 2025. However, this is unlikely to ever include native support for Android apps – that looks set to be exclusive to Windows 11. Unfortunately, this feature isn’t yet available in the Windows 11 beta.