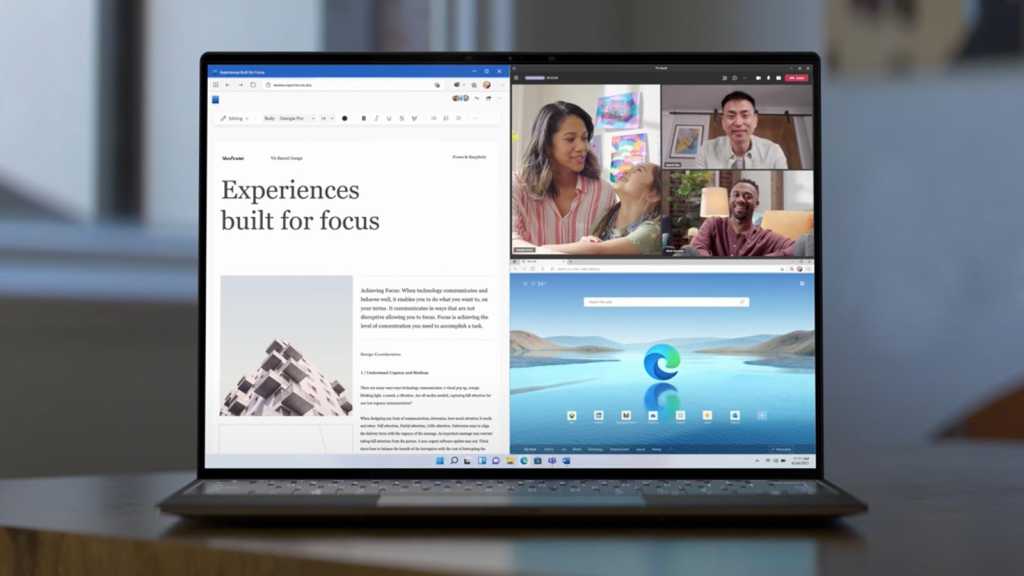 Windows 11 is Microsoft’s latest desktop operating system. It was first released in October 2021, more than six years after Windows 10 made its debut.

However, Windows 11 has a very different look and feel to its predecessor, with a new Start menu, various redesigned apps and a streamlined taskbar. Alongside security and multitasking, productivity is one of the core aims of Windows 11.

To help stay productive, you might turn to Microsoft’s popular Office apps – Word, Excel and PowerPoint have stood the test of time. While they are available on other platforms, most people think of them as apps you’ll find on Windows.

But does that mean Office (or Microsoft 365, as they’ll soon be known) apps are pre-installed when you update to Windows 11 or buy a device running the new OS. The short answer is no, but let’s explore in more detail.

Does Windows 11 come with Microsoft Office?

No. It’s free to upgrade on all compatible Windows 10 devices, but that doesn’t mean you’ll get Office apps too. Microsoft is still selling the full desktop versions separately, either via a one-off standalone purchase or Microsoft 365 subscription.

However, that doesn’t mean you have to pay for access. The more basic web-based versions are free for everyone with a Microsoft account, while you can get the full versions without paying if you’re in full-time education. It’s also worth exploring whether the company you work for already pays.

See all your options in our full Microsoft 365 buying guide.

How to get the new Microsoft Office on Windows 11

On 28 June, Microsoft announced that its Office suite will be getting a new streamlined design to complement the Windows 11 upgrade. The company is also introducing a native 64-bit version of Office for ARM-based devices, like its own Surface Pro X.

Microsoft says the Windows 11 version Office apps offer a “seamless and simple PC experience” across all its apps, which are based on the Fluent design language.

Upgrades include a Dark Mode that matches the system theme, deeper integration with Teams via the taskbar and an expanded set of accessibility features. Safety and security are mentioned as a top priority, especially for apps which students and children are likely to use.

Microsoft 365 is also integrated into the new Start menu, with the ‘Recommended’ section drawing on recent files stored both locally and via OneDrive.

While the upgraded Office has been designed with Windows 11 in mind, it’s also available for Windows 10 users.