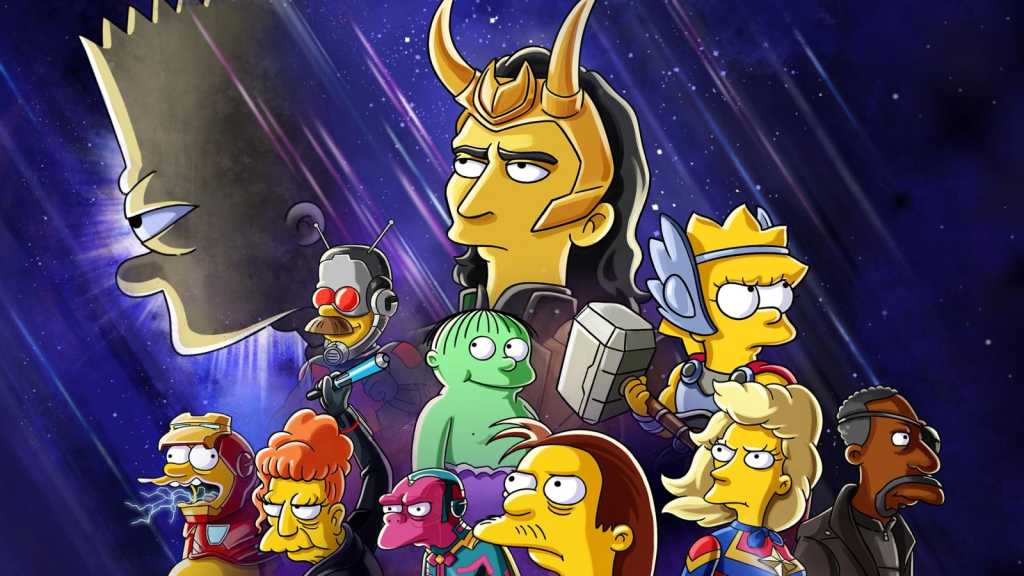 The Simpsons Disney+ crossovers are continuing with a very special short episode dedicated to Marvel’s God of Mischief, Loki. The new episode will release on Wednesday 7 July, coinciding with the fifth and penultimate episode of the live-action Marvel series, Loki.

The Good, The Bart, and The Loki will show the MCU anti-hero teaming up with the troublemaker of the Simpsons family, Bart Simpson, after being banished from his home in Asgard. The two must then face off against some of Springfield’s mightiest heroes.

It wouldn’t be Loki without Tom Hiddleston, so fans will be pleased to hear that the actor is lending his voice acting chops for this special short. Don’t expect anything close to the normal length of an episode though, the last Simpsons crossover short with Star Wars only lasts for around three minutes.

This is not the first superhero crossover in Springfield we’ve seen. There’s a full episode dedicated to Marvel in season 31 called ‘Bart the Bad Guy’, which also features cameos from Kevin Feige and Avengers: Endgame directors, the Russo Brothers.

You can watch The Good, The Bart, and The Loki exclusively on Disney Plus. An account costs either £7.99/US$7.99 per month, or £79.90/US$79.99 per year, and will give you access to new episodes of the live-action series Loki, and every single season of The Simpsons.

Whilst you wait, you can check out the episode release schedule for Loki, and our picks of the best episodes of The Simpsons.