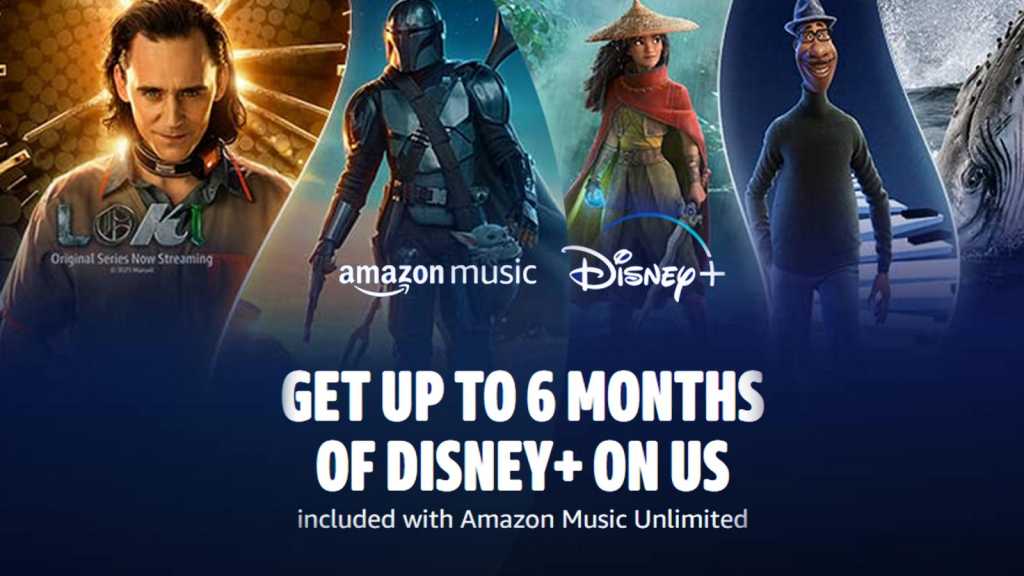 Amazon is offering lots of deals for the week of Black Friday, including a killer streaming bundle. Customers can now get up to six months of Disney+ for free with Music Unlimited subscriptions – a bundle deal that’s available with or without a Prime subscription.

Music Unlimited, Amazon’s Spotify equivalent, costs $9.99 per month, though Prime members have the benefit of a reduced monthly rate of $7.99. Sign up for the free 30-day Prime trial, which also gives you access to Prime Video.

The offer saves customers $47.94 from a separate Disney+ subscription, which costs $7.99 per month for unlimited access to Disney classics as well as Marvel, Lucasfilm, Pixar and National Geographic content.

If you already have Music Unlimited or are a returning customer, you can get 3 months of Disney for free instead, a $23.97 saving.

It’s worth noting that the Disney+ subscription will automatically renew after six months unless you cancel your Amazon Music Unlimited subscription within the promotional period.

If you don’t want to carry on with either service after six months, you’ll need to cancel both your Amazon Music Unlimited subscription and Disney+ subscription separately – cancelling one won’t automatically cancel the other.

Those outside the US and Canada might be able to access the deal too using a VPN. NordVPN and Surfshark are our top choices, but see our choices of the best VPN for streaming for additional recommendations.

Amazon’s offer arrives as retailers compete in the Black Friday sales – take a look at the best Amazon deals for this season, and the best Black Friday deals overall.