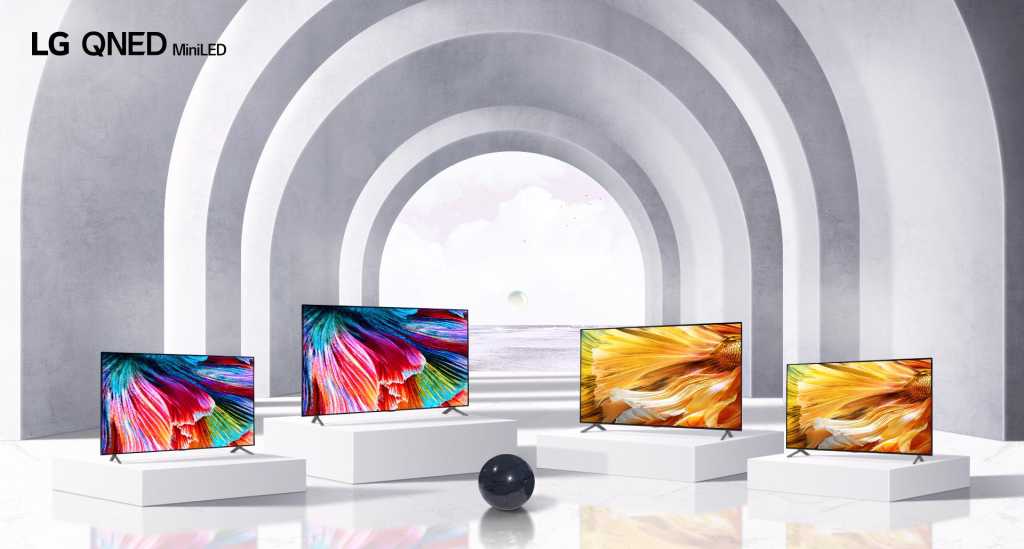 After being announced at CES back in January, LG has confirmed its range of QNED TVs using Mini-LED technology will go on sale globally starting next month.

If you’ve been holding on then the wait is nearly over for the sought after LCD technology to better rival OLED. Well, when it comes to LG’s models anyway as Samsung’s equivalent Neo QLED TVs are already available.

LG’s line-up of Mini-LED powered TVs consists of the 4K QNED90 and then 8K resolution QNED95 and QNED99. Sizes range from 65- to 86in. The firm says they will arrive in North America first “followed by additional regions around the world in the weeks ahead”.

This is achieved by packing in many more LEDs into the backlight compared to a conventional LCD TV. For example, the 86in QNED99 has around 30,000 LED lights and 2,500 local dimming zones giving you a 10 times better contrast ratio vs older generation LCD.

Still confused about Mini-LED technology? Read our full guide to the new type of TV panel.

If you are more keen on an OLED model, LG announced yesterday that models including the 2021 C1 and G1 are being updated to support a 4K 120Hz Dolby Vision gaming mode.