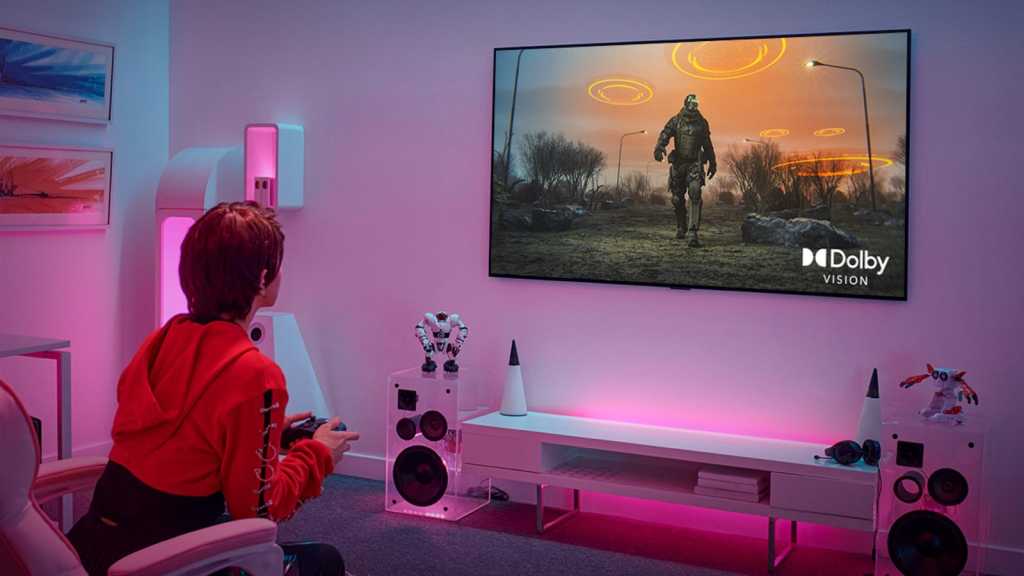 LG is releasing a new firmware update to a selection of its most recent OLED TVs, making the company the first manufacturer to offer Dolby Vision HDR at 4K/120Hz for gaming.

Microsoft’s Xbox Series X and Series S consoles both support 4K Dolby Vision at 120Hz but so far no TV has been able to take advantage of the feature. Now, these LG devices can.

The update (firmware version 03.15.27) is rolling out now to LG’s C1 and G1 series TVs, and will be available on the OLED Z1 series, QNED Mini LED QNED99 series and NanoCell NANO99 series from next month.

Future models from LG are currently being tested for both 60Hz and 120Hz Dolby Vision capability when gaming, so expect to see this feature advertised across more of the company’s 2021 and 2020 ranges in the coming months. There is no word on whether this feature will roll out to older models.

The update also adds a floating onscreen menu called the Game Dashboard, which will be available on any LG TV with the Game Optimiser feature. This pop-up screen allows users to quickly adjust relevant TV settings relative to the game they’re playing – be it FPS (first-person shooter) or RPG (role-playing game).

The dashboard also gives access to other information, such as if low latency or variable refresh rate modes are activated.

For those who don’t know, Dolby Vision is a commonly used HDR (high dynamic range) format, designed to provide improved colour accuracy, better contrast and brighter shades compared to an SDR (standard dynamic range) picture. It’s a rival to the likes of HDR10+, which is used by brands such as Samsung. Dolby Vision is considered the gold standard when it comes to HDR formats – you can read more about why that’s the case in our Dolby Vision explainer.