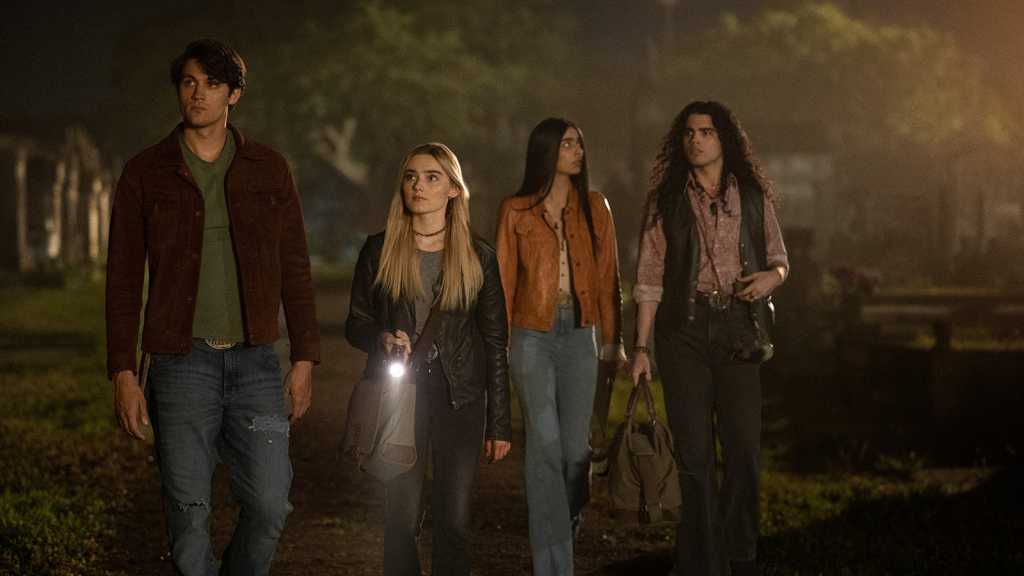 After 15 seasons, the fantasy-horror-drama series Supernatural finally came to a close in 2020. Now, the show has been confirmed to get a prequel about Sam and Dean Winchester’s parents, John and Mary. The spin-off is spearheaded by former Dean Winchester actor, Jensen Ackles, and his wife Danneel.

The announcement caused a stir among Supernatural alumni and fans alike. But what do we know about this spin-off? We’ve rounded up all the information so far.

The Winchesters will arrive on The CW in the US on 11 October 2022. The show started production in April in New Orleans.

The UK doesn’t yet have a release date for The Winchesters. It is likely to be syndicated on E4, as many other CW shows are. However, there may be a delay for viewers across the pond. Fortunately, there is a way to watch The CW from abroad.

Hypable reported that The Winchesters is one of five shows currently in development by Jensen and Danneel – so there could be more Supernatural spin-offs in the pipeline.

The Winchesters trailers and posters

Here is the first trailer for The Winchesters, which shows off John and Mary meeting, their first fights together as hunters, and how Dean Winchester is on a mission to uncover their true past:

This teaser trailer shows John and Mary getting off to a rather… bumpy start:

Then there is this official (rather creepy) poster:

The Winchesters cast and crew

We now have our John and Mary Winchester – Meg Donnelly and Drake Rodger.

Donnelly is best known for American Housewife, the Disney Channel Zombie film series and High School Musical: The Musical. Meanwhile, Rodger is known for The In Between.

Joining them will be Nida Khurshid and Jojo Fleites. The former is a graduate of the Disney Discovers Talent Showcase, and has appeared in Station 19 and For The People. The Winchesters will be Fleites’s first TV series, after appearing in numerous theatre shows such as Rent, Hair and A Chorus Line.

Khurshid will play Latika Desai, a young, intelligent hunter-in-training who excels with research and problem-solving. Fleites meanwhile will play Carlos Cervantez, a positive force on the team who is natural at fighting demons.

Also starring in the show will be Bianca Kajlich as Millie Winchester (Henry Winchester’s wife), Demetria McKinney as Ada Monroe and Michael Tacconi as Hank Murphy.

In addition, Supernatural alumni Jensen Ackles will be returning to narrate as Dean Winchester.

Ackles will also be behind-the-scenes, executive producing the series with his wife Danneel and their company, Chaos Machine Productions. This is the first project to be confirmed for the company. The pair have said to be working with the head of development, Renee Reiff.

Also acting as an executive producer is former Supernatural writer, Robbie Thompson. Thompson will also be penning the script for this series. Supergirl’s Glen Winter will direct and executive produce the pilot.

The original creator of Supernatural, Eric Kripke, will not be working on the series (he’s likely too busy with The Boys). However, Jensen Ackles did go to him for his blessing to push forward with the project.

Several former cast members of Supernatural have expressed interest in appearing in the show. Ruth Connell – the actress for Rowena – pointed out that her character would be around when the show takes place. Danneel Ackles sent a positive response back, so we could see more from the Scottish witch.

Misha Collins, the actor who played Castiel, also joked on Twitter that his character is a time-travelling Angel and could easily make an appearance in the show.

Ackles told TV Line “The great thing about this world is that nothing is off the table. We have ways of bringing back fan-favourite characters and the actors that played them”. Therefore, we could expect Rowena, Cas and other familiar faces to show up.

Supernatural fans may be very surprised to hear that Jared Padalecki, AKA Sam Winchester, took to Twitter to air his grievances about the show publicly. Allegedly he was not informed about the project and was ‘gutted’ to find out over the internet.

Both Ackles and Padalecki have since hashed out their differences, but it still remains to be seen whether Jared will have any creative involvement with the prequel.

Jeffrey Dean Morgan and Samantha Smith played John Winchester and Mary Winchester on Supernatural respectively. As the show is following younger versions of the characters, we assume that if these two do appear, it will only be briefly.

Supernatural did actually do a flashback episode that featured young John and Mary, who was played by Matt Cohen and Amy Gumenick respectively. Matt Cohen has now confirmed that he is not involved, but is excited to see where the show goes.

Jensen has since expressed an interest to EW in both Jeffery Dean Morgan and Matt Cohen reprising their roles as John Winchester at some point.

Plot of The Winchesters

The show will explore how John and Mary Winchester first met, fell in love and risked their lives to save both each other and the entire world as young hunters. It will take place in 1972, according to Danneel Ackles. The entire story will be framed from the perspective of Dean Winchester, who will be narrating the story.

In a quote to Deadline, Jensen Ackles states: “I always felt like my character, Dean, would have wanted to know more about his parents’ relationship and how it came to be. So I love the thought of having him take us on this journey.”

Mary Campbell is just 19 years old when The Winchesters takes place. The prequel will pick up after she has just lost someone close to her, and is considering leaving hunting behind. However, when her father (Samuel Campbell) vanishes, she must team up with her new acquaintance, John Winchester, to find out what is going on.

John has recently returned from Vietnam, and follows traces of his father’s past to discover a whole new world of demons and monsters.

John and Mary will join new faces Latika and Carlos to discover more about their families. Their investigation leads them to Ada, an owner of a book emporium, who points them in the right direction.

It has to be stated that some of these plot points do contradict the story told in Supernatural, where it was implied that John and Mary had never hunted together before. Perhaps this is a new timeline created by Chuck? Alternatively, the original series was full of inconsistencies – so a little rewriting isn’t entirely unexpected.

It’s likely that we may see some younger versions of John and Mary’s friends, such as Bobby and Rufus. It may also be set up similar to Supernatural, with a different monster of the week in each episode.

We don’t know whether this will be a short, limited series or run for several seasons. This may depend on how well it performs.

How to watch The Winchesters

Chaos Machine Productions has an exclusive deal with Warner Bros., which means that any projects will air on a channel/streaming service owned by the company.

It is slated to air on The CW in the US. In the future, it may be available on the Warner Bros. flagship streaming service, HBO Max.