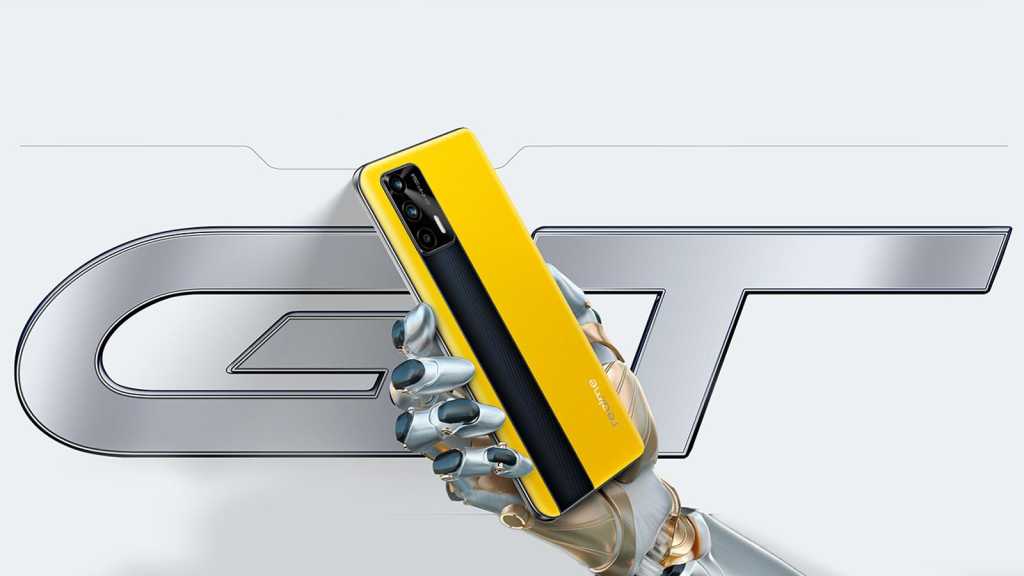 Unveiled in March 2021, the Realme GT is the most affordable Snapdragon 888 phone. Following an exclusive release in China, the phone has now made its way to European markets after an international release on 15 June.

The original Realme GT, with Android 11, boasts speed from all fronts. On top of the Snapdragon 888, the GT offers 5G connectivity, LPDDR5 RAM, UFS 3.1 storage, Bluetooth 5.2, a 120Hz 6.43in AMOLED display, and 65W wired fast charging that’ll replenish the 4500mAh battery in 45 minutes.

Indian shoppers can buy the Master Edition from Realme at 12 noon on 26 August.

While cameras aren’t the main attraction on the GT, it does offer a 64Mp main sensor, 8Mp ultrawide and 2Mp macro, along with a 16Mp selfie camera.

If you’ve got your heart set on stronger camera specs, the new GT phones fill in some of those gaps.

The latest GT devices not only use different chipsets but offer new specialized camera features. The Master Edition introduces a street photography mode developed in partnership with Ricoh along with a street shooting filter from Nomo Cam. Meanwhile the Master Edition Explorer offers a 50Mp Sony IMX766 sensor with OIS.

Dive into the full specs for all three Realme GT phones if you want to know more.

Here we’re going through everything you need to know about buying the Realme GT, including any deals.

Realme GT price: How much does the Realme GT cost?

Where to buy the Realme GT phones SIM-free

Navigating the RealmeGT’s availability can be slightly confusing as each configuration is limited to specific retailers which may have regional restrictions.

For the heftier variant, you’ll have to go to Amazon US, which means those in the UK or Europe who want this version will have to pay an additional shipping fee (that’s US$140 if you’re in the UK).

We currently can’t see it listed on Amazon UK (though we’ll update this article with more information if that changes).

Is Realme GT available on contract?

You can’t buy the Realme GT on contract, but we’ll keep you posted if that changes. In the meantime, see our round-up of some of the best SIM deals around.

We’ve also compared the best Realme phones if you want to see how the Realme GT might stack up.