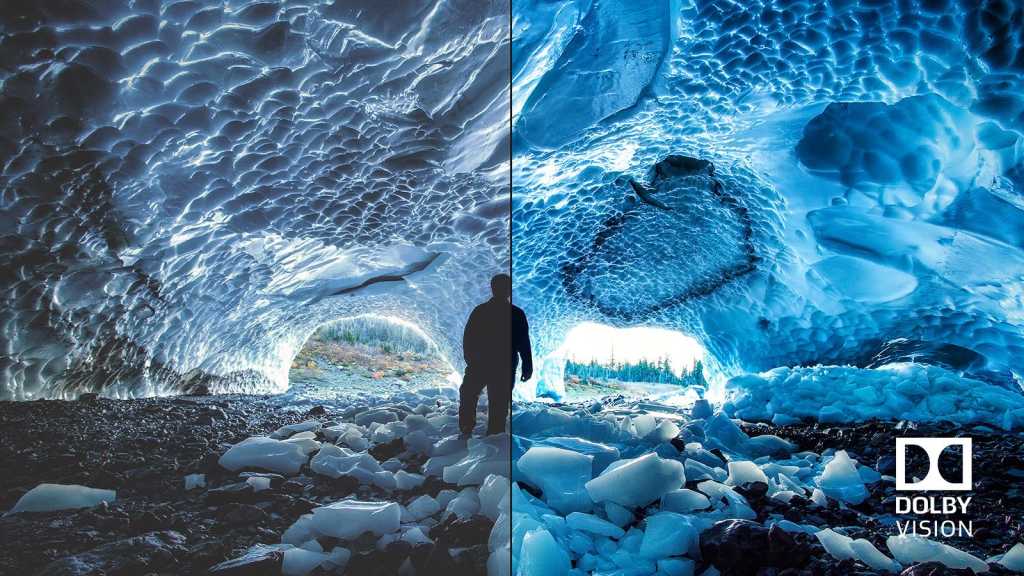 Many 4K TVs these days market themselves as having Dolby Vision, or alternatively another HDR format. But what exactly does it mean if your TV has this, and why does it matter?

Getting your head around all the different HDR formats is confusing, especially when manufacturers don’t do a good job explaining what a selling point such as Dolby Vision is. But never fear, we have everything you need to know.

We also have a similar guide to HDMI and getting the most out of your HDMI cables.

What is Dolby Vision?

To put it in its most basic form, Dolby Vision is a type of HDR that is developed by Dolby Labs. HDR stands for High Dynamic Range and is a form of technology used by filmmakers to produce a picture quality with the brightest, most accurate and contrasting colours.

Dolby Vision is a dynamic HDR format, which means that it can change the picture quality depending on what you’re watching to get the optimum results. In general, dynamic HDR formats produce better quality picture than static ones.

The two biggest rivals to Dolby Vision are HDR10+ and Advanced HDR, with the latter being nascent. Then there’s also HLG (hybrid log gamma) which the BBC uses. This doesn’t use the same technique that Dolby does, but support is widely available.

Dolby Vision is one of the most advanced picture formats, supporting a high level of brightness and a wide range of colour choices for colour accuracy. It’s not just professional cameras that can shoot in Dolby Vision, the latest iPhone range including the 12 Pro Max incorporates this format into video.

In fact, Dolby Vision’s quality is so wide-spanning that many TVs can’t actually cover all the colours and options that it offers. We don’t yet have the technology for that – however, it is a future proof HDR format, and perfect for films shown on the big screen.

What devices have Dolby Vision?

Dolby Vision is supported across a wide range of devices. You’ll need a TV which supports the format, and if you’re streaming content from a box or stick, you’ll need to ensure that this device also supports Dolby Vision.

However, spending loads on a TV doesn’t guarantee having Dolby Vision or other HDR standards, even from leading brands such as Samsung – including the new flagship QN95A. You should always check the product details before buying.

Sites such as Currys offer Dolby Vision as a filter, which makes shopping for TVs much easier. You can also check out options in our chart of the best TVs.

Most TVs that support Dolby Vision come with the approved logo or mention it in the official description. If you’re not sure, consult the manufacture’s website or Dolby has an official list of supported products (and TV shows and films)  here.

What is Dolby Vision IQ?

Dolby Vision IQ is an updated version of the standard Dolby Vision. This version optimises the colours on your TV to suit the brightness of the room that the panel is in.

TVs that have Dolby Vision IQ have built-in light sensors, much like smartphones, and can feed metadata back into the TV in order to produce the correct colours. LG and Panasonic currently have models out in both the 2020 and 2021 range such as the LG Nano90 and Panasonic HZ1500, and TCL is due to launch one soon.

A good portion of the best shows these days are only available on streaming services. Therefore, if you’re investing in a Dolby Vision TV, you’ll want your streaming service to produce the same output.

Here are the streaming services that we know support Dolby Vision at this current time:

Keep in mind that some streaming platforms offer different priced tiers, with some locking off 4K content with Dolby Vision. For Netflix, you’ll want the Premium plan, and for HBO Max you’ll want the ad-free tier.

Not every single movie or show will be available in 4K Dolby Vision, though. Check the streaming help pages for more information on how to find the highest resolution content and stream it properly.

You can also find out more in our chart of the best TV streaming services.

What is better, Dolby Vision or HDR10+?

So, is Dolby Vision better than other HDR formats such as HDR10+?

On the one hand, HDR10+ is more widely available than Dolby Vision, as it has an open license for manufacturers. That means that there are more TVs with HDR10+ than there are Dolby Vision – Samsung is a big cheerleader for HDR10+ standard.

That said, Dolby Vision offers better specs on paper. The peak brightness on Dolby Vision is 10,000 nits, whilst HDR10+ only supports up to 4,000.

Dolby Vision also has 12-bit depth colour in comparison to HDR10+’s 10-bit, meaning that Dolby Vision can produce over 60 billion different colours – a big step up over HDR10+’s figure of around 1 billion.

These figures do have an effect. Under our internal testing, it’s clear that whilst HDR10+ is a step up from static HDR formats, it doesn’t quite match up to the cinematic standards that Dolby offers.

Of course, you can’t yet get the full effect of what Dolby Vision can actually do. No panels can support over 60 billion colours as of yet – not even 8K TVs. And even high-end TVs peak at around 1,000-1,500 nits.

In addition, not all streaming services support HDR10+ yet, Netflix being one of the biggest omissions. The platform does however support the slightly less powerful HDR10.

So if you’re struggling to decide between a TV with Dolby Vision and a TV with HDR10+, then we recommend going for the former for better picture quality and a wider breadth of quality – but be warned that there is less choice.