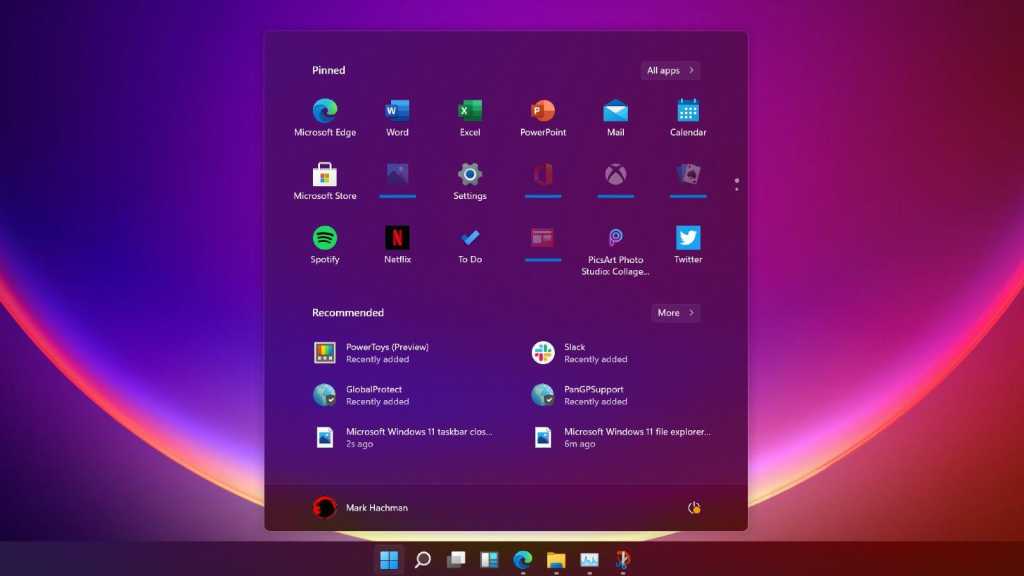 It wasn’t meant to be like this. Windows 10 was described by Microsoft’s Jerry Nixon as ‘the last version of Windows’ back in 2015, and six years later it continues to get new features twice a year.

However, the launch of a successor was rumoured even before Microsoft confirmed its ‘ What’s Next for Windows’ event for 24 June. The company has teased the number 11 at various points since, and now it’s almost certain Windows 11 will be announced next week.

That’s because an internal build of the operating system has leaked online, revealing almost all the new features we can expect. It’s obviously far from the finished article that will appear on laptops, tablets and PCs, but it looks like most of the key differences to Windows will be visual.

My colleague Mark Hachman downloaded and install the leaked Windows 11 build (you can read his hands-on experience). It reveals several changes to the look and feel of Windows, but also that there isn’t a huge learning curve for existing Windows 10 users.

Microsoft hasn’t transformed the Windows experience like it did with Windows 8 (and what a bad idea that turned out to be), but Windows 11 does look very different visually. One of the main things you’ll notice is a new taskbar, complete with centralised icons (by default) and a brand new Start Menu.

The latter is inspired by the now-cancelled Windows 10X, and will likely take some getting used to. It features a grid of pinned icons (shown at the top of this article), with a separate ‘All apps’ section, allowing this to be customised.

Below it is a ‘Recommended’ section, which displays recently used files and apps. Some of the stock Windows 11 apps have also had a subtle redesign, such as File Explorer. You can see what it looks like in the main image above.

Hovering over the maximise button on each window also reveals a new Snap Assist integration. This should make multitasking easier, allowing you to quickly choose how you want windows to be arranged on the screen.

Widgets are also returning in a big way, with a dedicated button on the taskbar. This is limited to Microsoft’s own News and Interests so far, something that’s recently made its way into Windows 10. However, we’d assume that Microsoft will open this up to third-party developers at some point.

It didn’t show up in the leaked build, but we’re also expecting a Windows 10X-style Action Center. This is expected to have a simpler UI, with separate sections for notifications, quick settings and controlling music.

Many stock apps also weren’t available, reflecting the fact that this is an early build.

Even though it might seem far too early to make any judgements, in its current form Windows 11 isn’t an instant recommendation.

The new visual changes are likely to divide opinion, and we already know how much Windows users dislike change. Microsoft has promised big things for the next generation of Windows, but it’s far from obvious what they amount to at this stage.

There’s also the question of whether Microsoft will offer the incentive of a free upgrade as it did with Windows 10. It seems unlikely users would consider paying to upgrade.

We’ll have to wait to hear more about Windows 11 on 24 June. Here’s how to watch Microsoft’s ‘What’s Next For Windows’ event live.