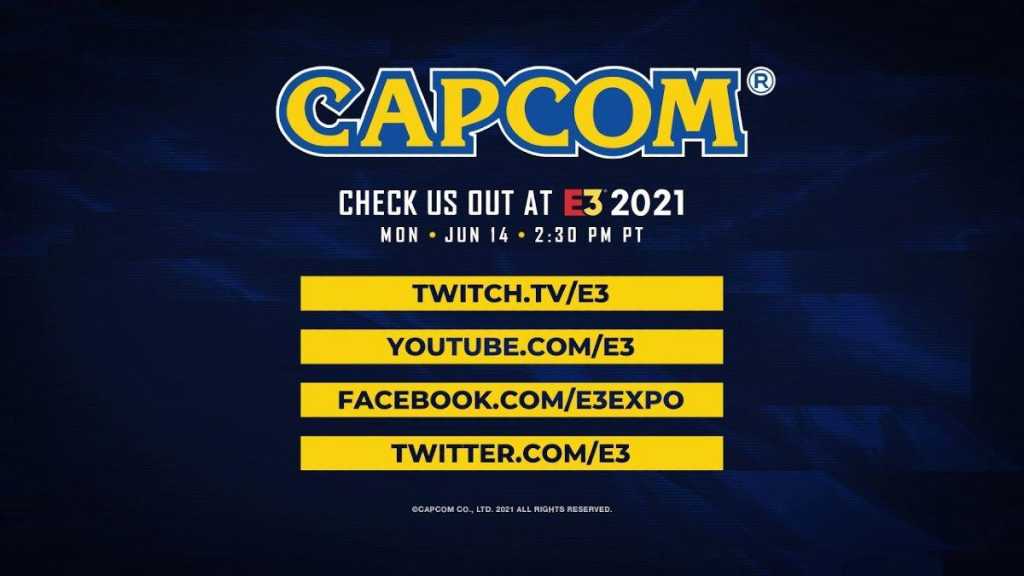 After last year’s conference was cancelled due to the coronavirus pandemic, E3 2021 is in full swing. The event is exclusively digital for the same reason, but many of the biggest game developers on the planet are still making an appearance.

Among the highlights of Day 3 is a showcase from Capcom, the company behind classic series like Street Fighter and Resident Evil. The E3 2021 showcase is the first time we’ll hear from the developer since the PS5 and Xbox Series X/ S launched late last year, so we’re expecting big things.

Capcom has already promised news on some of its most exciting upcoming titles, so it’s worth tuning in if you’re a fan of the Japanese company’s games. Here’s everything you need to know.

The press conference is expected to last around 30 minutes.

How to watch the Capcom E3 showcase live

You have plenty of options when it comes to watching the Capcom event live. The obvious one is via YouTube – all four days of E3 2021 are being livestreamed to its YouTube channel. However, if you’re not interested in any of the other announcements, a dedicated Capcom stream is also available. We’ve embedded it at the top of this page.

What to expect from Capcom at E3

Game developers are usually fairly open when it comes to their upcoming titles, and that’s no different with Capcom. The company has confirmed that we’ll be hearing more about some of its most popular games, including Monster Hunter Rise and Resident Evil Village. Both officially went on sale recently, although the former is currently exclusive to Nintendo Switch and Windows.

In terms of upcoming releases, we’re also expecting news on the The Great Ace Attorney Chronicles. This is a compilation of the first two titles in the Great Ace Attorney series (Adventures and Resolve), both of which were only available in Japan. The game is coming to PS4, Nintendo Switch and Windows on 27 July, and there’s a chance it’ll arrive on next-gen consoles in the future too.

Capcom will also reveal more about Monster Hunter Stories 2, a title set to arrive on the Nintendo Switch and Windows devices on 9 July. This game is expected to have some cross-compatibility with Monster Hunter Rise.

It’s not clear what else Capcom might announce. No brand-new games are expected, although there may be a surprise or two. It’s worth tuning in to the event to see what else the company has in store.

Interested in more that E3 has to offer? Check out our full guide to the show.