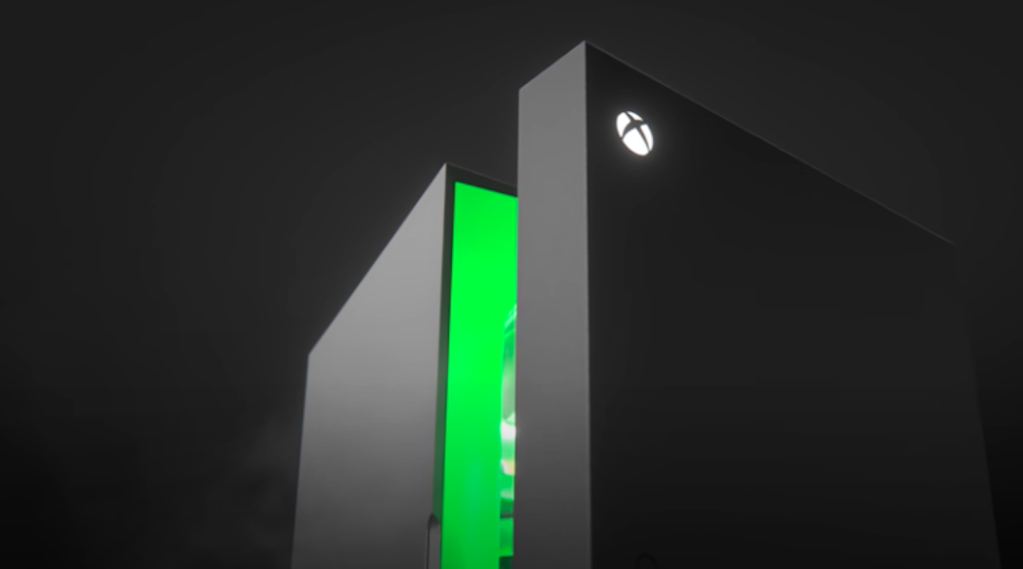 If you ordered an Xbox mini fridge in the first wave and were expecting it in time for Christmas, the Christmas elves have some bad news for you.

Game UK has sent out an email to buyers, advising them that due to supply chain issues, the company is no longer expecting to receive the fridges in its warehouse until the end of December. If you pre-ordered one of the branded mini appliances in time for Christmas, you should expect delivery by 7 January.

If you pre-ordered one for collection, you’ll be able to go and pick it up in-store on 7 January. The mini fridges will be held for customers for 48 hours. Game has not issued information as to what will happen if Covid regulations prevent people from collecting at that time.

As far as we know, people who are expecting to receive their mini fridge in February aren’t affected.

We hope you manage to have a chilled Christmas in spite of this disappointment.

The unlikely story of the Xbox mini fridge

To general surprise and some scepticism, Microsoft and Bethesda’s Xbox showcase at E3 2021 closed with the announcement of an Xbox-branded mini fridge. It was essentially a meme come to life.

To our continued surprise, it was subsequently confirmed to be a real mini fridge that would be available to buy. And now there’s news on when and where you can pre-order it.

The moment you’ve all been waiting for. Pre order begins for the Xbox Series X ‘Mini Fridge’ on October 19: https://t.co/XcjfXqYnpy #XboxandChill ❄️ pic.twitter.com/gOl2Qf0ZSi

Where can you buy the Xbox mini fridge?

If you want an Xbox mini fridge, you’ll need to pre-order one, which you’ll be able to do from today, 19 October. If you’re in the US, the Xbox mini fridge will be sold by Target. At the time of writing, it is not yet available for pre-order but we expect it to pop up very soon.

Canadians should head to the Xbox Gear Shop.

If you’re in the UK, it’ll be stocked by Game. Again, the pre-order page is not yet up but it’s expected to appear imminently, as the in-store time for pre-orders to open is 2pm. Keep refreshing as these may sell out quickly.

Europeans will be able to order it from Toynk (via Amazon), Gamestop EU and Micromania.

It’ll be delivered in time for Christmas.

Xbox has also stated that it intends to roll out the product to more countries in 2022.

What will the mini fridge cost?

What are the Xbox mini fridge’s features?

The mini fridge will have space to store 12 standard drinks cans, with racks in the door for snacks. There’s a USB port on the front for charging your devices and it comes with a DC power adaptor for use on the go.

Where did the idea of an Xbox mini fridge come from?

When Microsoft released its boxy black console, the Xbox Series X, people joked that it looked like a fridge. Other people said it looked like a PC, or a trash can, or one of the monoliths from Stanley Kubrick’s 2001: A Space Odyssey. (And I invite you to imagine what Microsoft might be building now if that last idea had taken off.)

Anyway, these are times in which no-one can make a joke online without a corporate giant seizing the opportunity to prove to its fellow kids that it can not only take said joke but capitalise on it for fun and profit.

So, in October 2020, Xbox gave avid gamer Snoop Dogg an Xbox Series X fridge for his birthday. The Xbox fridge had come to life! This, however, was not a mini-fridge. It was a huge, 6ft, 400-pound custom-built appliance, with green interior lighting and an Xbox logo on the front. 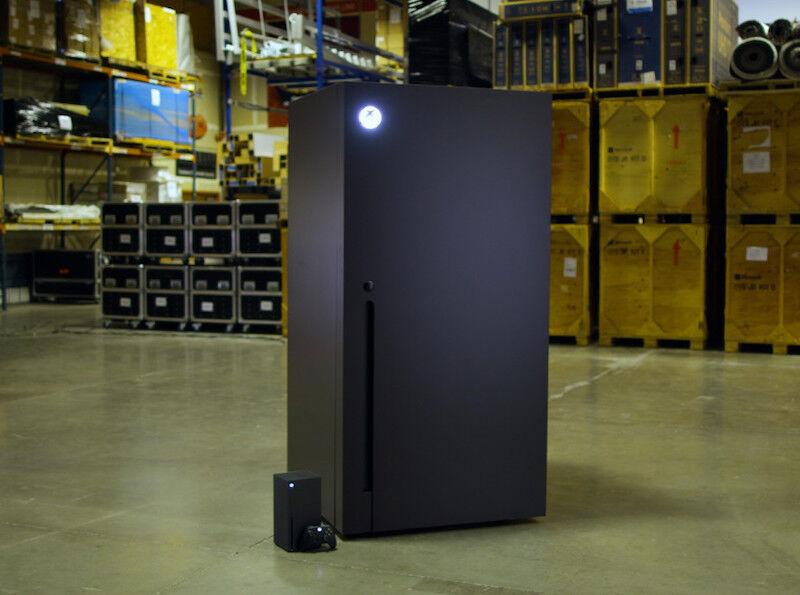 Press releases were released, memes were launched and Snoop got a new home appliance.

But the idea of building a mini fridge arrived earlier this year, via a competition moderated by Twitter Marketing, in which people were encouraged to vote for which corporate giant should win the #BestOfTweets Brand Bracket champion.

This nail-biting contest was brought to a close when Xbox tweeted that if it were to triumph over rival Skittles, it would put Xbox Series X Mini Fridges into production.

As Skittles had only offered to bring back its lime flavour sweet, which can apparently in no way compete with a branded mini fridge, the victory went to Xbox, with 50.5% of the vote, over Skittles’ 49.5%.

At the end of the Xbox showcase at E3 2021, the mini fridge was announced, courtesy of a bombastic trailer that branded it: “the world’s most powerful mini-fridge”.

Its availability was given as “Holiday 2021”. But that’s all we knew until this follow-up tweet appeared, from “Home Appliance Visionary at Microsoft” Aaron Greenberg.

Who would have guessed this would be our most viewed video of this past week!? The World’s Most Powerful Mini-Fridge is coming this holiday (not just US). #XboxandChill https://t.co/VvfDzEA1sf pic.twitter.com/IySFQWz7M5

Still, while you may be making space on your Christmas list (and beside your gaming chair), we don’t know how limited the rollout will be. We still have a (now somewhat dusty) spot all ready for our KFConsole, which has yet to materialise.

In the meantime, if you want an affordable mini-fridge for summer, check out Russell Hobbs’ portable mini cooler. It can also keep chicken warm (we’re really not kidding).