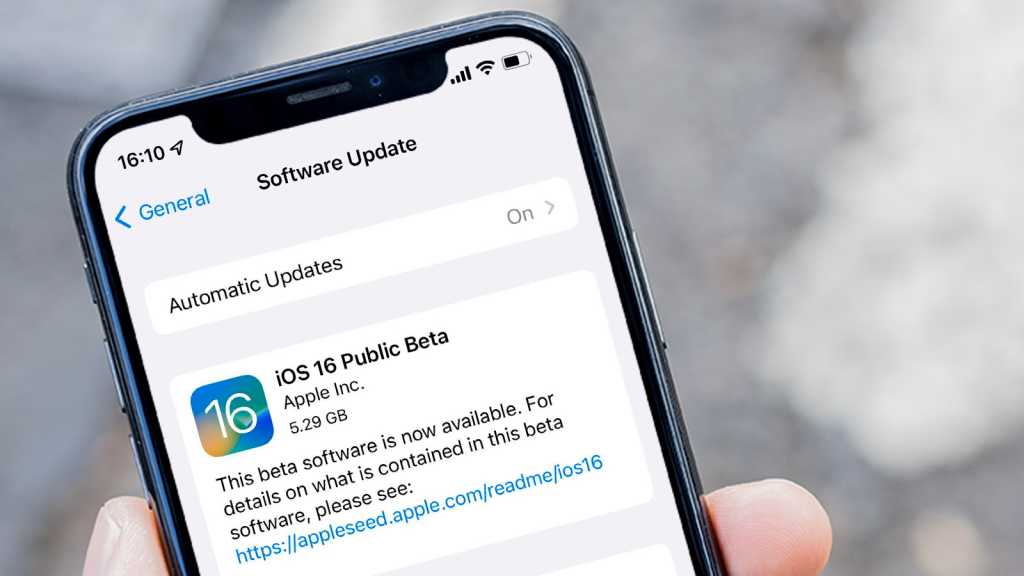 Apple took to the virtual stage in early June to reveal iOS 16, and in true Apple fashion, it released the developer betas available on the same day. The company also teased that eager fans would be able to get in on the action early with the iOS 16 public beta, but didn’t make it immediately available.

iOS 16 brings with it a number of key upgrades, including a redesigned customisable lock screen with photo shuffles and live activities, updates to Focus, Wallet, Maps, Parental Controls and SharePlay, the ability to edit messages and an improved Dictation experience. We detail the key iOS 16 features separately for those that want to find out more about the update before installing the public beta.

When will I be able to download the iOS 16 public beta?

Apple confirmed during WWDC 2022 that iOS 16 would be available in the form of a public beta due to launch in July, and true to form the public beta was released officially on 11 July.

In the early years of the program, the public beta dropped in June; the iOS 12 public beta started on 25 June 2018, and the iOS 13 public beta kicked off on 24 June 2019. However, the pandemic forced Apple to delay WWDC in 2020, pushing it from its usual early June timeframe to late June, and this meant the iOS 14 public beta launched a little later, on 9 July 2020. Last year, iOS 15 was publicly released on 30 June 2021, earlier than expected.

In order to download and try out the public beta, you first need to go to Apple’s website. Do this on your iPhone in Safari.

Tap the Sign Up button, or tap Sign In if you’ve previously registered to get public beta software from Apple.

Scroll down and tap on the ‘enroll your iOS device’ link. This will install a profile that tells your iPhone it’s ok to download beta versions of iOS – those you wouldn’t normally see when checking for software updates (Settings > General > Software Update).

Be sure to back up your iPhone first – Apple recommends doing a backup using Finder on a Mac and archiving it. Remember, too, that beta software – by definition – isn’t finished and may not work properly, so do this at your own risk.

TIP: When you’ve downloaded the profile, go to the Settings app and tap Profile downloaded (easily missed below your Apple ID) and grant permission to install it. Until you do this, you will not see any betas available to install.

Does my iPhone support the iOS 16 public beta?

Here’s a list of all the models of iPhone that will support iOS 16: