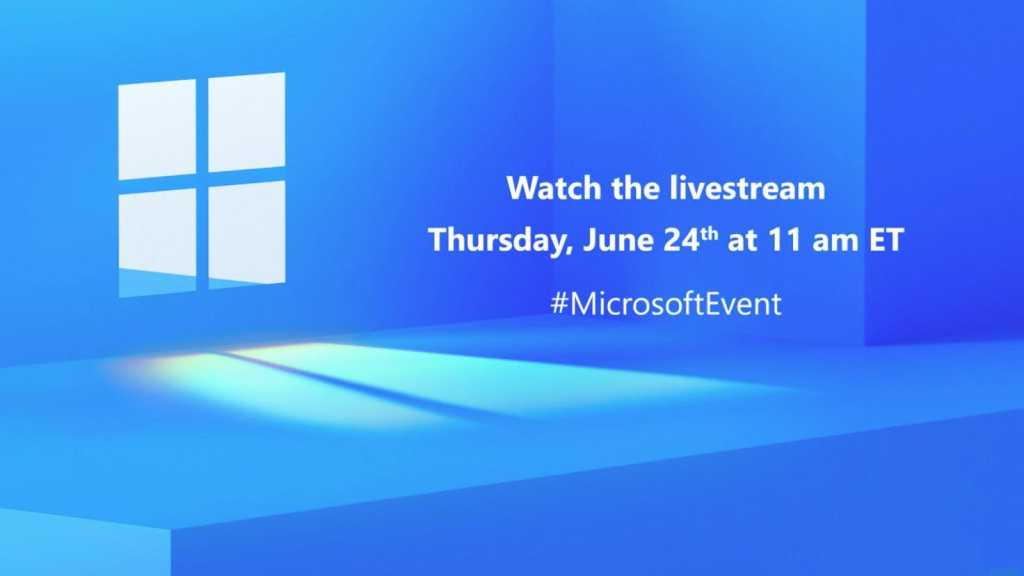 Microsoft might have made its name in software, but the company has shifted its focus to other sectors in recent years.

The ever-expanding Surface range of PCs and next-gen Xbox consoles have been major areas of focus, but it looks like Windows will be taking centre stage this month.

An official Microsoft event has been confirmed for today, the first dedicated to Windows for many years. Its title – ‘What’s Next for Windows’ – suggests big changes are on the way.

Through various leaks and rumours, it’s now almost certain that Windows 11 will be unveiled at the event. Here’s how you can watch and what to expect.

When is Microsoft’s Windows 11 event?

The Windows event will take place today, 24 June. Proceedings will get underway at 4pm BST/11am ET/8am PST, and it’s expected to last around 45 minutes.

A separate commercial briefing will then take place at 5.30pm BST/12.30pm ET/9.30am PST on the same day, before a third developer-focused event kicks off at 8pm BST/3pm ET/12pm PST. However, it’s the first one that most people will want to tune in to.

How to watch the Windows 11 event live

Currently, the only place we know you’ll be able to watch the event is on the Microsoft website. The official US site has a dedicated landing page, while there’s also the opportunity to add the event to your calendar.

There’s also a chance it’ll be available to watch on the official Windows YouTube channel, although a stream here is yet to be confirmed.

That subsequent developer-focused event will definitely be streamed on YouTube – a page is already live on the Windows Developer channel.

What to expect at the Windows 11 event

Microsoft has subtitled the event ‘What’s Next for Windows’ and CEO Satya Nadella has described it as ‘the next generation of Windows’, but nothing concrete has been revealed by the company yet.

However, all signs point to an official Windows 11 launch, suggesting Microsoft will launch a brand-new desktop operating system. This would contradict what the company said when Windows 10 was first announced, although that was six years ago now.

Windows 11 looks like being the official name for ‘Sun Valley’, with many of the rumoured 21H2 feature updates coming to this brand new version instead. An early build of the software also leaked publicly, revealing some of Windows 11’s key features.

A new design language and multitasking features look set to be the most prominent, but there’ll likely be more we haven’t heard about yet. To justify a brand-new version of Windows, more wholesale changes are likely.

One thing we won’t hear about is Windows 10X, after Microsoft cancelled the Windows 10 spin-off last month. It is expected to incorporate some of Windows 10X’s key design features into the regular operating system, though.

With a bit of luck, we’ll also get an update on the Surface Neo. The dual-screen PC was designed to run Windows 10X and originally slated for a late 2020 release, but we haven’t heard anything about it in recent months.