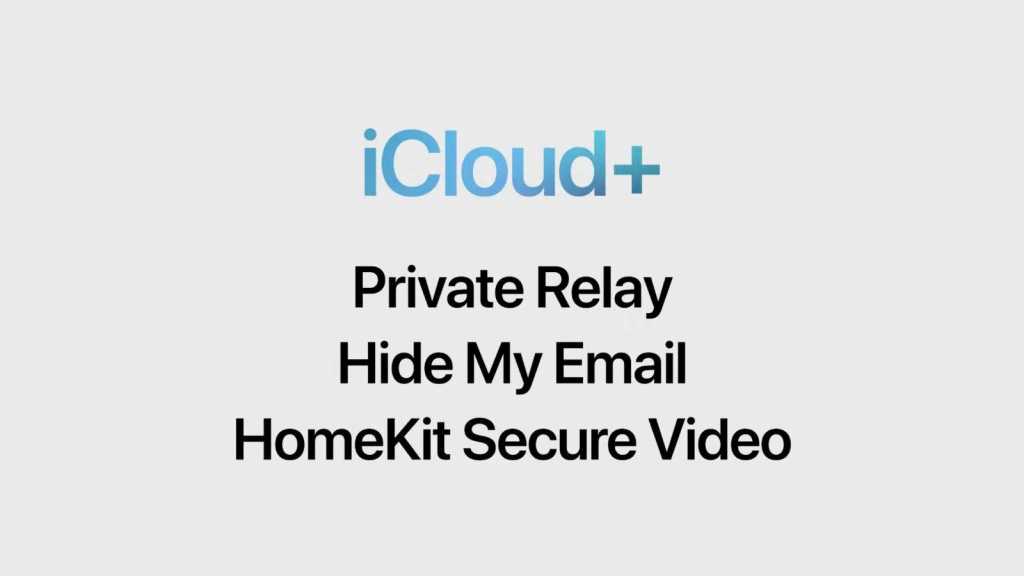 There might not have been any new hardware at WWDC 2021, but it was still a packed schedule on Day 1 of the Apple developer conference. With new versions of iOS, iPadOS, watchOS, tvOS and macOS all announced, it can be easy to overlook some of less high-profile news.

Among them is iCloud+, an extension of Apple’s existing cloud-based service. The new functionality focuses on privacy and security, offering features that were previously only available via third-party software.

iCloud has been around for almost a decade, so most people are familiar with what it offers. It acts as a storage solution for all the important data on your Apple devices, allowing them to be accessed from any device by signing in at icloud.com.

This encompasses apps, photos, files and passwords, as well as the ability to access the ‘Find My’ tool. There are also some basic editing features here, meaning you can quickly modify a Pages document or Notes entry from another device.

Everyone with an active Apple ID is offered 5GB of free storage, with apps and purchases from the iTunes Store not counting towards this total. For any extra capacity, you’ll need to pay for a subscription.

How is iCloud+ different from iCloud?

Those premium tiers will now be rebranded as iCloud+. It will offer all the same functionality as before, but Apple is also introducing three new security-focused features.

The most notable of these is Private Relay, where all traffic from your device is encrypted via two separate servers on the internet. This makes your data unreadable to anyone online, including your internet service provider (ISP) or even Apple itself.

Sound familiar? This appears to Apple’s take on a consumer-focused VPN (virtual private network), although without the ability to choose specific servers in different countries.

Private Relay will be limited to the Safari browser initially, although the feature won’t be available in several countries around the world. The list of 10 at launch includes China, Saudi Arabia, South Africa and the Philippines.

Another feature available in Safari is Hide My Email, although it will also work with Apple’s default Mail app. As the name suggests, this will obscure your real email address when signing up to a newsletter or creating a new account. This is replaced with a randomly generated iCloud address, which will automatically forward the email to your main account.

The third and final change is less noteworthy but could still prove useful for some people. Apple is removing the five-device limit on HomeKit-enabled video cameras, so you can now connect as many as you’d like to your account.

How much does iCloud+ cost?

To take advantage of iCloud+, you’ll need to pay for at least 50GB of iCloud storage every month. Existing customers won’t be charged any more than they currently are, but here’s the breakdown for new subscribers:

Are there any alternatives to iCloud+?

Not really! There are plenty of cloud storage services out there, but none offer the suite of features that iCloud+ provides.

Of course, it might not make sense for you to have all this functionality under one roof. Cloud storage services like Google Drive, OneDrive and pCloud offer lots of storage at competitive prices, while a dedicated VPN has plenty more features than you’ll find with Private Relay.

The decision may hinge on whether you value the extra privacy offered by Hide My Email, or have heavily invested in HomeKit devices. In the case of the latter, Amazon and Google’s range of smart home devices may offer more value for some people.

However, gaining access to the new iCloud+ features without paying an extra penny may sway things in Apple’s favour.

ICloud+ was just one of the myriad of announcements from Apple at WWDC 2021. In addition to the five new operating systems mentioned above, the company also revealed four key new AirPods features, lots of new FaceTime functionality and an impressive Live Text feature within the camera app.