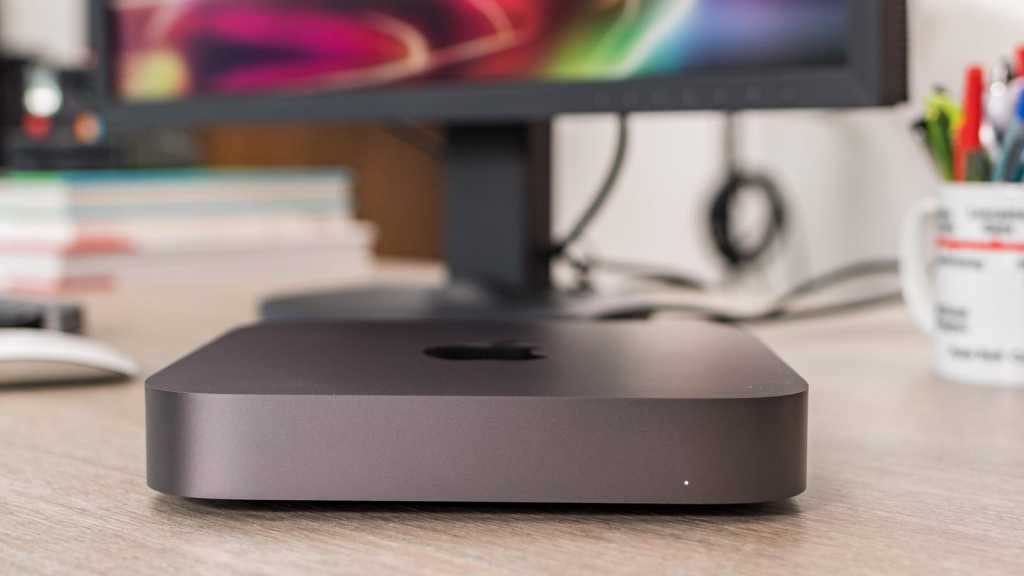 Apple’s Mac Mini was one of the first in Apple’s repertoire to get the upgrade to Apple’s M1 silicon in November 2020, and the performance was impressive – especially at the Mac Mini’s tempting £699/$699 price tag.

Hopes had emerged that Apple’s March 2022 event would bring with it an updated Mac Mini, with even more power and an updated chassis – but this instead turned out to be the brand-new Mac Studio.

But does that mean there’s no new Mac Mini after all? Has the Mac Studio replaced the Mini line, or will we see a new model, whether this year or later? Rumours suggest it is still on the way, although Apple’s September event came and went without an announcement.

When will the new Mac Mini be released?

Rumours have predicted Apple would unveil a new Mac Mini at WWDC 2021, then alongside the new MacBook Pro range at Apple’s October 2021 event, and then at its March 2022 launch.

That latter turned out to be the debut of the larger and more powerful Mac Studio, but that left us uncertain as to when the next Mac Mini will arrive.

Hopes were dashed most recently when WWDC 2022 in June came and went with no announcement. However, other rumours had proven to be true, such as the suggestion from Bloomberg’s Mark Gurman that the MacBook Air could make an appearance.

Twitter leaker @LeaksApplePro got it half right with the claim that both the MacBook Air and Mac Mini would make their debut at WWDC 2022 – and that both will sport Apple’s new M2 chipset.

Excitement had been fuelled when render artist Ian Zelbo stumbled upon listings for the M2-equipped Mac Mini at B&H Photo Video in the days leading up to WWDC 2022.

However, Shawn Steiner, senior manager of web creative content at the retailer, explained that they aren’t real listings, and were instead preemptively made before the March 2022 event based on rumours and not properly removed from the system post-event.

Not much else has been said about the Mac Mini since, with Apple’s September 2022 event coming and going without mention of the budget-friendly Mac.

However, there’s still hope; Apple is allegedly still on track to launch the Mac Pro before 2022, and if it chooses to do a Mac-themed event closer to launch, it’s possible that the Mac Mini could also make an appearance.

Apple is rumoured to be working on an October event, though it’s rumoured that it’ll be focused on the entry-level iPad and the top-end iPad Pro, so don’t get your hopes up just yet.

How much will the new Mac Mini cost?

This one’s a little tougher to predict. Apple could go one of two ways; it could replace the entire Mac Mini line-up with the redesigned model, or it could continue to offer the older M1-enabled Mac Mini and introduce the new model at a higher price. Bloomberg’s Mark Gurman suggests it’ll be the latter.

Given the fact that the Mac Mini is positioned as the entry-level Mac, it’d be hard for Apple to justify too much of a price hike.

If the new Mac Mini doesn’t replace the entire range and match the price of its predecessors – something Apple aims for with most new releases – it could replace the top-end £1,099/$1,099 Intel-based model, completing Apple’s transition from Intel to Apple Silicon on the Mac Mini range.

Has the Mac Studio replaced the Mac Mini?

In short: probably not.

For one, Apple still sells the Mac Mini, which remains considerably cheaper than the Mac Studio.

Just as tellingly, during the Mac Studio’s launch Apple discussed its update schedule across the Mac range, with a graphic featuring the Studio in the centre and the Mac Mini off on the left-hand side.

With its unique smaller form factor and approachable price point, the Mac Studio is a different beast to the Mac Mini, and so we think it’s unlikely that Apple intends it as a replacement – giving us every reason to expect a new Mac Mini to launch in the future.

What should I expect from the new Mac Mini?

In the wake of the launch of the Mac Studio, rumours are light on the next Mini – but here’s what we think is coming.

Apple explained to Macworld UK that the Mac Mini design hasn’t changed for a few years not because it isn’t possible, but because there are a number of server farms and organisations that use Mac Minis based on the existing form factor.

However, that looks to change with the release of the new Mac Mini, with rumours suggesting an all-new form factor that’s significantly thinner than its predecessor, and it could sport a new “plexiglass-like” top too.

That’s from well-known tipster Jon Prosser, who worked with concept artist Ian Zelbo to create renders based on the information provided to the leaker. He detailed the redesign in an episode of Front Page Tech, suggesting the new model will come in both silver and white – but not the colourful options of the 24in iMac.

It’s certainly not confirmation given Prosser’s hit-and-miss track record when it comes to Apple leaks – AppleTrack gives him an accuracy rating of 69.1% – but it’s something.

Bloomberg’s Mark Gurman also suggests that a redesign is on the way, with a plexiglass top, but that it’ll be limited to the top-end Mac Mini only.

While lots of leaks pointed to a new 2022 Mac Mini with the M1 Pro chip inside, this turned out to be the Studio.

Still, an internal upgrade is likely. The last Mac Mini served as the debut of the M1 chip, so will a new model launch the M2?

That’s what leaker @AppleLeaksPro suggests in a recent tweet. Other rumours suggest the M2 chip won’t be as powerful as the M1 Pro or M1 Max, instead sporting an 8-core chipset focused on better CPU and GPU efficiency.

While early rumours had pointed to an expansion in ports – as you can see in the Prosser renders above – it now looks likely that this referred to the larger Studio.

There’s still a chance that the Mac Mini will see expansion here, but we wouldn’t bet on it.