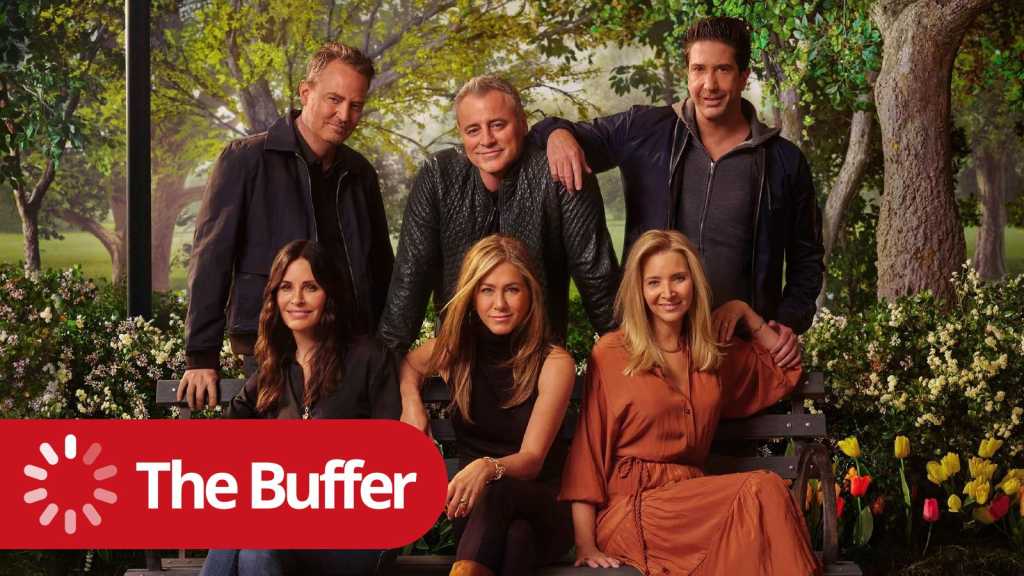 If the Friends reunion proved one thing, it’s that nostalgia sells when it comes to streaming services.

As a Friends aficionado, I was convinced that the two-hour special from HBO Max would be a letdown. However, the blend of current interviews, clips with iconic moments and behind-the-scenes snippets with the cast and crew brought back all the memories that I have of this comedy classic.

It seems that viewers were in agreement, with the show pulling in 29% of US streaming households on opening night, a figure very close to Wonder Woman 1984, which released on Christmas Day (via Variety). That’s not even counting international syndication – such as in the UK where the reunion was broadcast on Sky and Now.

The streaming-first approach for the Friends reunion does make a lot of sense. Forbes reports than on average, 9% more millennials (viewers roughly aged between 24 and 39) stream video rather than watch TV in comparison to the general population.

This is the generation that grew up with Friends, both watching it live when it aired between 1994 and 2004, as well as reliving it through numerous reruns as they navigated through young adulthood. The reunion’s presenter, James Corden, pointed out on the show that Friends has been re-watched over 100 billion times worldwide.

Friends has consistently been one of the most watched shows on Netflix. In 2019 it was the second most-watched show overall, beating out Netflix heavyweights Orange Is The New Black and Ozark – the only two Netflix originals in the lineup (via People).

Friends came second to The Office US, which has since been licensed by NBCUniversal streaming service, Peacock. In fact, the show was such a big win for Peacock that the company based its entire Premium subscription pricing around how many episodes of the sitcom viewers could watch.

But its not just sitcoms that draw in nostalgic viewers – animated shows also have a fair share. Disney Plus may not have Friends or The Office, but The Simpsons was the most watched series on the platform in 2020 – besting the first Star Wars live-action series, The Mandalorian.

But why is it that these types of shows continue to be streamed again and again? Well, it isn’t that they’re getting new viewers every time – it’s the fact that they’re easy shows to put on when nothing else comes to mind, a.k.a. comfort TV.

Comfort TV is something that makes us feel good – it’s familiar to watch, and viewers aren’t kept in any suspense about what is to come. It’s also easy to digest, so comedies usually fit best. We don’t see popular nineties dramas enjoying anywhere near the same resurgence.

Easy-to-watch sitcoms and animation can also serve as background noise; one interviewee in The Guardian discussed how she puts Gilmore Girls on autoplay when she’s trying to do housework or go to sleep. In addition, according to a study from Deloitte, 90% of participants multitask when streaming TV.

I for one can admit that I’ve sat with roommates and family members hundreds of times and put on our favourite episodes of Friends so we can quote along with the show, laugh in advance at a joke we’ve seen before and continue to reflect on how toxic the relationship was between Ross and Rachel. The show is a guaranteed crowd pleaser.

The pandemic has only fuelled the popularity of nostalgic sitcoms, with viewers craving something light-hearted in a sea of bad news. According to Observer, both The Office and Friends have been assigned streaming licensing values of $500 million and $450 million respectively, with other shows such as South Park, Seinfeld, and The Big Bang Theory receiving similar valuations.

Original exclusives, on the other hand, don’t easily fit into the bracket of comfort TV. For one, they’re new – which automatically means that you have to pay more attention to it. Secondly, most of the leading series from Netflix, Amazon, and Disney+ aren’t easy-going comedies – they’re complicated fantasy shows like The Witcher, or high-action superhero series like The Falcon and The Winter Soldier.

None of these could really be described as background noise shows. They’re attention-grabbing and often require the viewer to read between the lines and investigate further into fan theories and lore to create a buzz. These shows simply cater to different needs.

More streaming services have caught on to the importance of having syndicated shows in the library. When Apple TV+ launched, it only boasted original shows, which meant that its library was a drop in the water compared to rivals. Bloomberg reports that since then, the service has been in talks with studios about licensing content – a huge pivot from the original strategy.

Of course, Friends isn’t the only sitcom to get an HBO Max reunion. Back in 2020, the streaming service also hosted one for The Fresh Prince of Bel Air – with Will Smith reuniting with the main cast and crew of the nineties sitcom with the catchiest theme song ever (I won’t be taking any questions at this time).

Both these shows have proven that you don’t necessarily need a full show reboot to draw in nostalgic viewers (looking at you, Disney Plus). Reunion lookbacks are a great way to build on the love that people have for an existing show, without tampering with the original material and risking tainting a show that didn’t need plots to be unravelled.

As millennials and Gen X make up the majority of nostalgic audiences, viewing habits may begin to change over next five-to-ten years as more of Gen Z get their own streaming accounts and begin to drive the market. But that just means it’ll be noughties favourites getting the reunion treatment instead.

If we’re talking about comfort TV, then I have to mention my personal favourite that will make me laugh, no matter the situation. Whose Line Is It Anyway? is an improv comedy show in which four actors make up everything you see based on prompts and suggestions from the audience. From group musical numbers to complicated scenes and quick-fire games, this show has it all.

If you’re in America, CW Seed has all episodes from the US version to stream (you can watch The CW in the UK), whilst UK viewers can watch new US episodes on Dave, as well as old UK ones from back in the nineties on All 4.