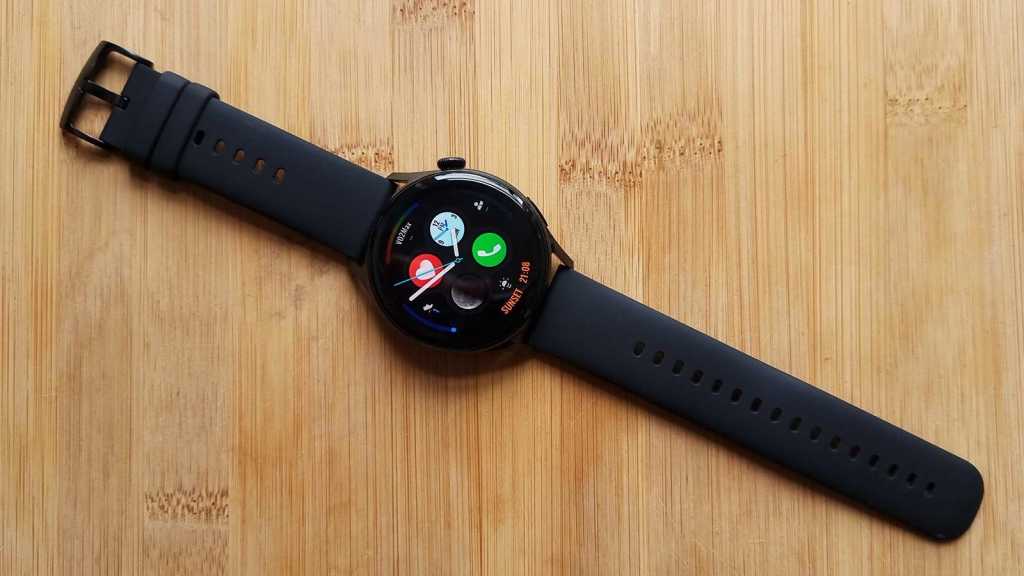 The newly-unveiled Huawei Watch 3 is looking to reinvigorate Huawei’s wearable prospects, whilst also debuting the first example of the company’s own HarmonyOS on a smartwatch.

Unveiled at the 2 June HarmonyOS launch event, the Huawei Watch 3 signals a notable departure from the Watch GT line that the company has produced since 2018.

Not only does the Watch 3 sport a new operating system, but it also incorporates new silicon to deliver a markedly smoother and more powerful user experience compared to Huawei’s recent watches, which renders it a far more comparable rival to the likes of the Apple Watch and other performance-led timepieces, like Samsung’s Galaxy Watch 3.

In much the same way that there are visual and interaction similarities between HarmonyOS on smartphones and tablets to that of Android, the same is true of HarmonyOS on the Watch 3 to that of Google’s Wear OS.

In truth, HarmonyOS on the Watch 3 feels like a blend of Google’s and Apple’s wearable platforms, and while that’s unoriginal, the user experience may well be stronger for it. 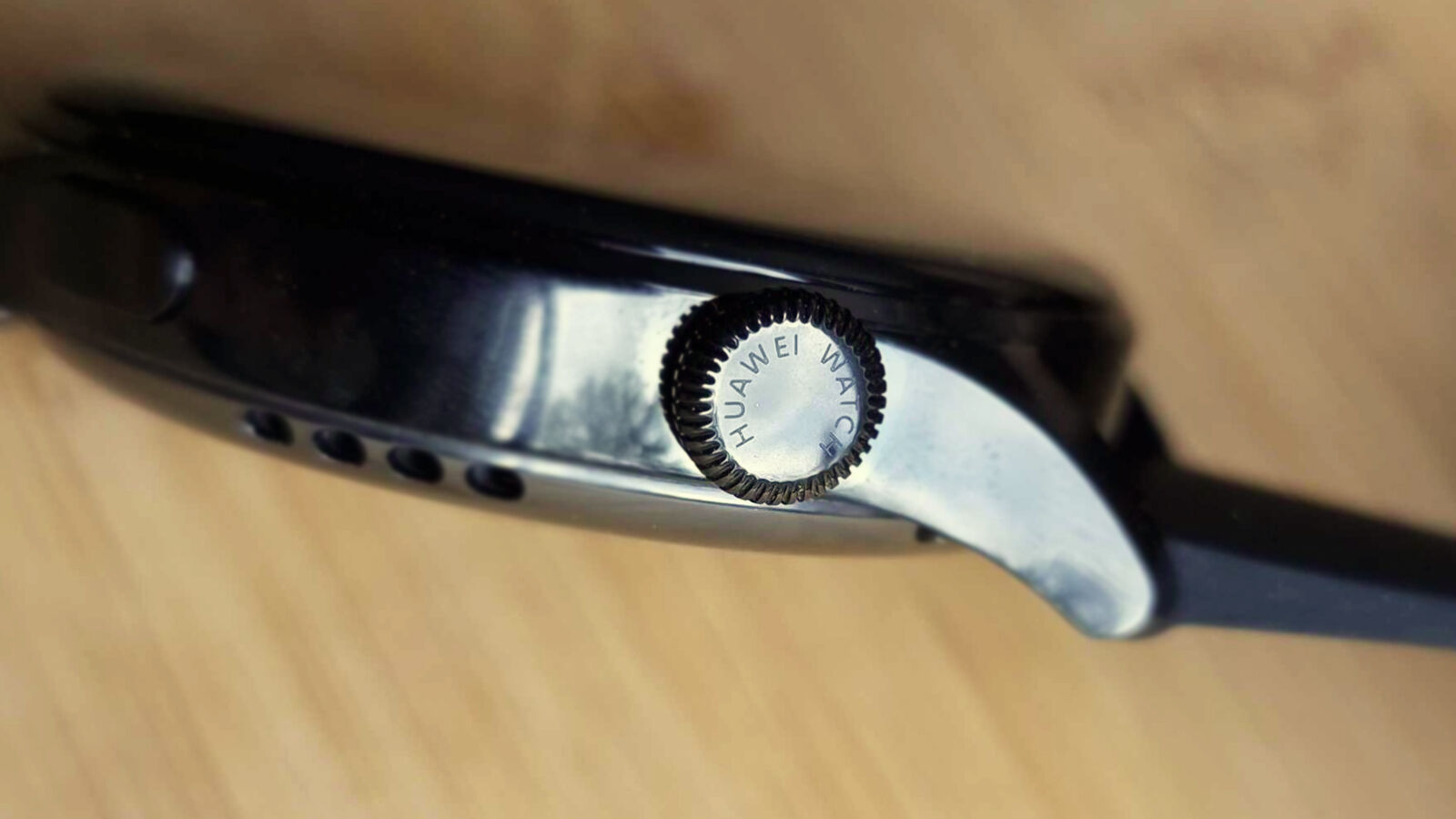 Interaction takes place via touch, button presses or the Watch 3’s new signature design element – a ‘3D rotating crown’, which looks and behaves just as the Apple Watch’s digital crown does, right down to zooming in and out of the apps grid that appears when the crown is pressed. 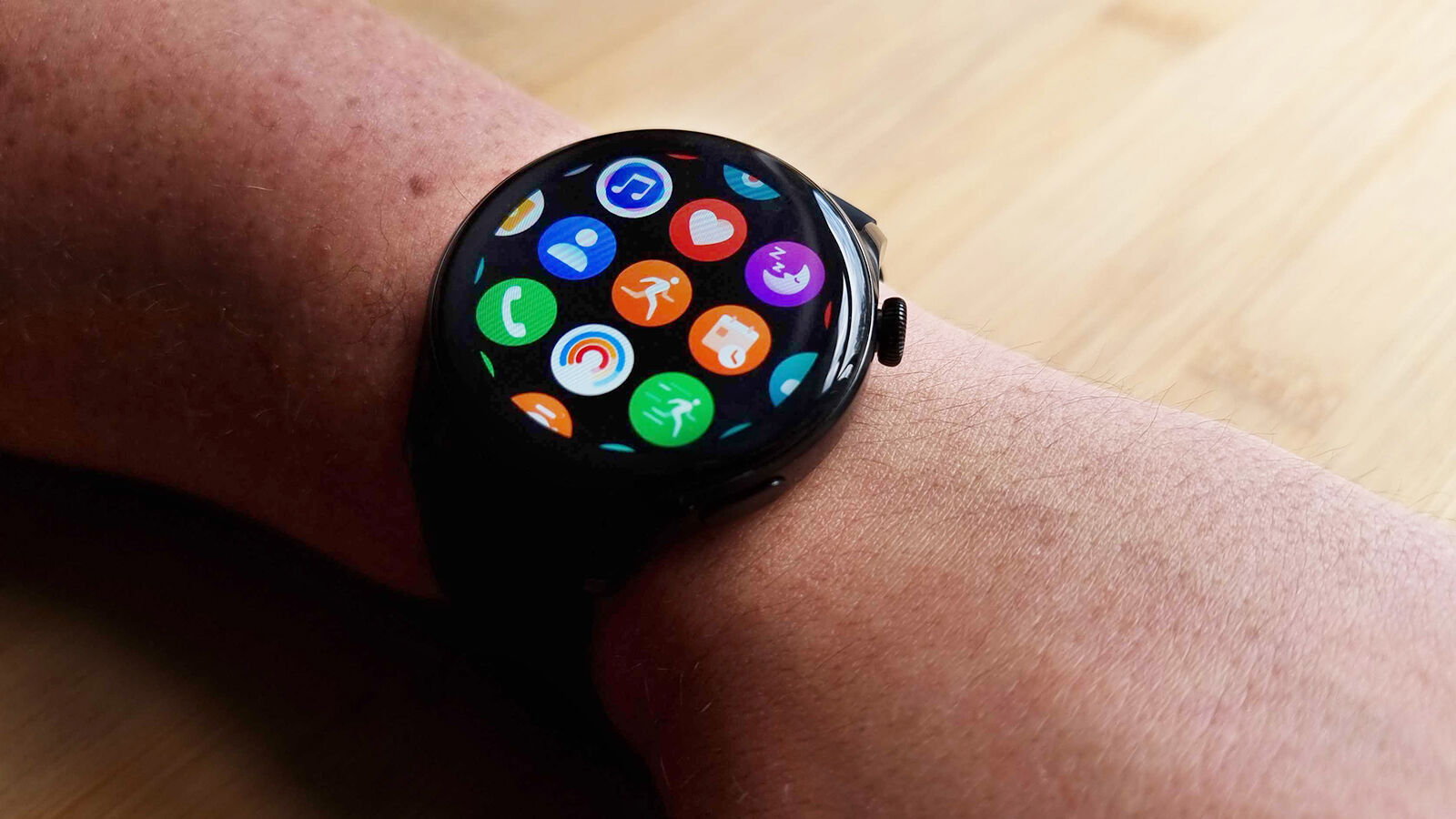 High-quality haptics permeate all sorts of interactions on the Watch 3, with twists of the crown and presses of the UI answered by a satisfying tapping sensation against your wrist.

If you’ve encountered the user experience of Wear OS, you’ll feel right at home moving through HarmonyOS’ wearable guise. Move past the Watch OS-like apps grid and the layout of everything else aligns with uncanny familiarity. 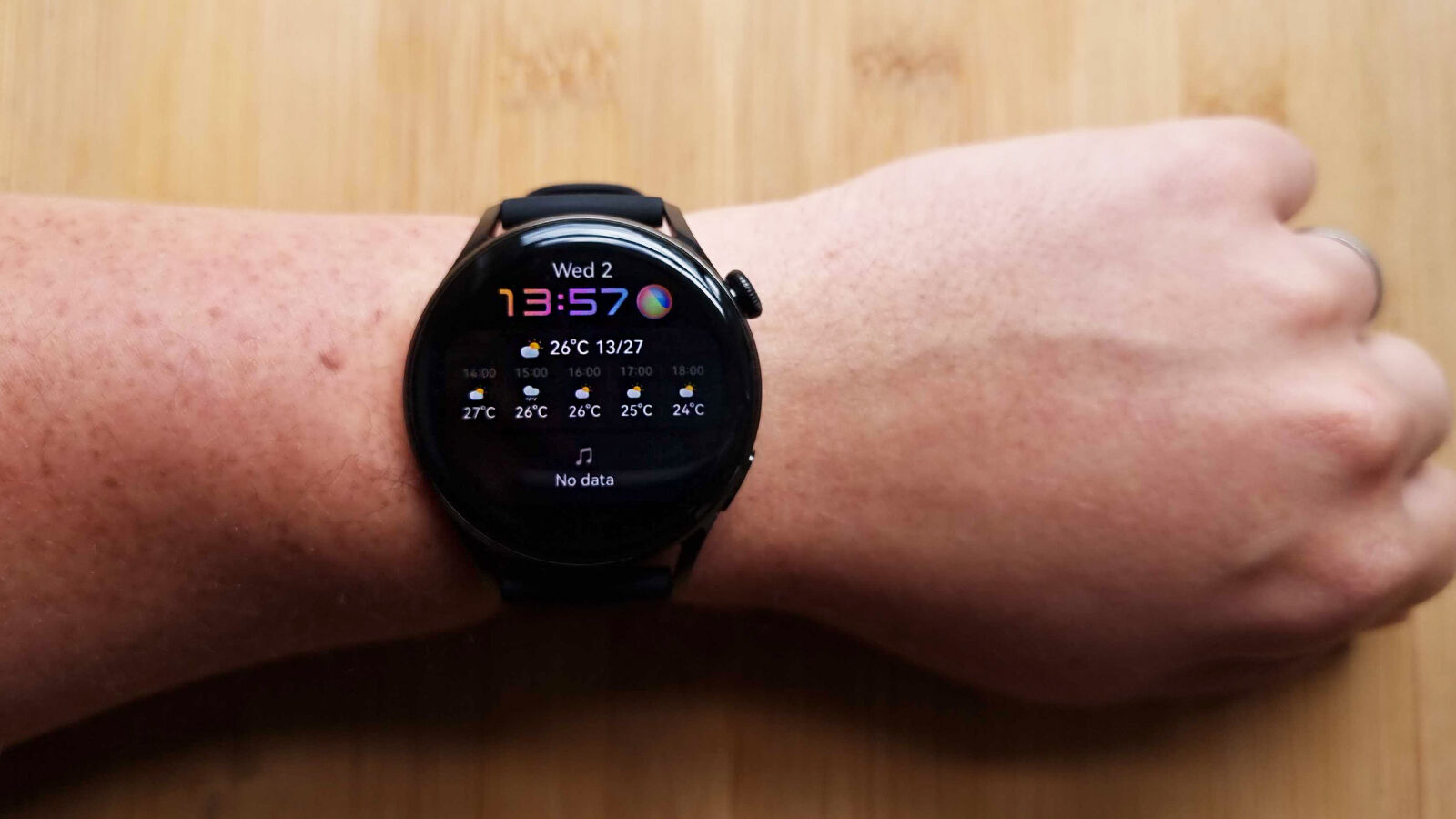 Celia – the name of Huawei’s own-brand voice assistant – is a long button press or a swipe right from your watch face away and can action basic commands, like playing music, weather updates, setting alarms, starting workouts and even translating basic phrases into different languages. 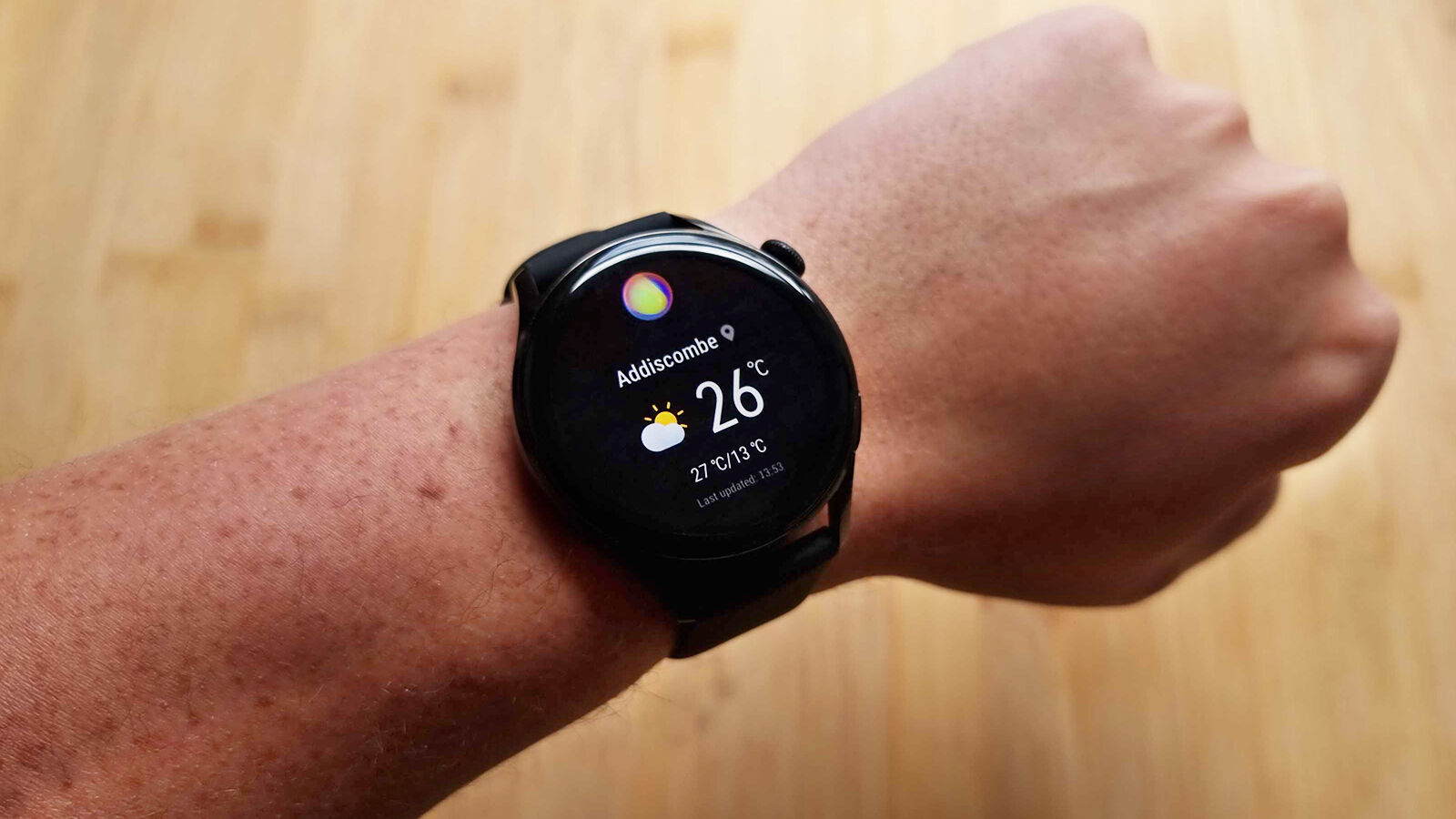 Notifications can be found with a swipe up, while ’tiles’ – widgets that grant instant insight into aspects like heart rate and weather – are a series of swipes left from your primary watch face. Even the name has been lifted from Wear OS, here.

Huawei has also managed to integrate a wearable-specific version of its dedicated app store – the AppGallery – so apps can be downloaded directly onto your wrist, so long as the watch has an active connection. Previous Lite OS-powered Huawei watches were often criticised for their lack of third-party app support, so this signals a sizeable shift in the nature of the smartwatch experience Huawei wants to deliver to users going forward. 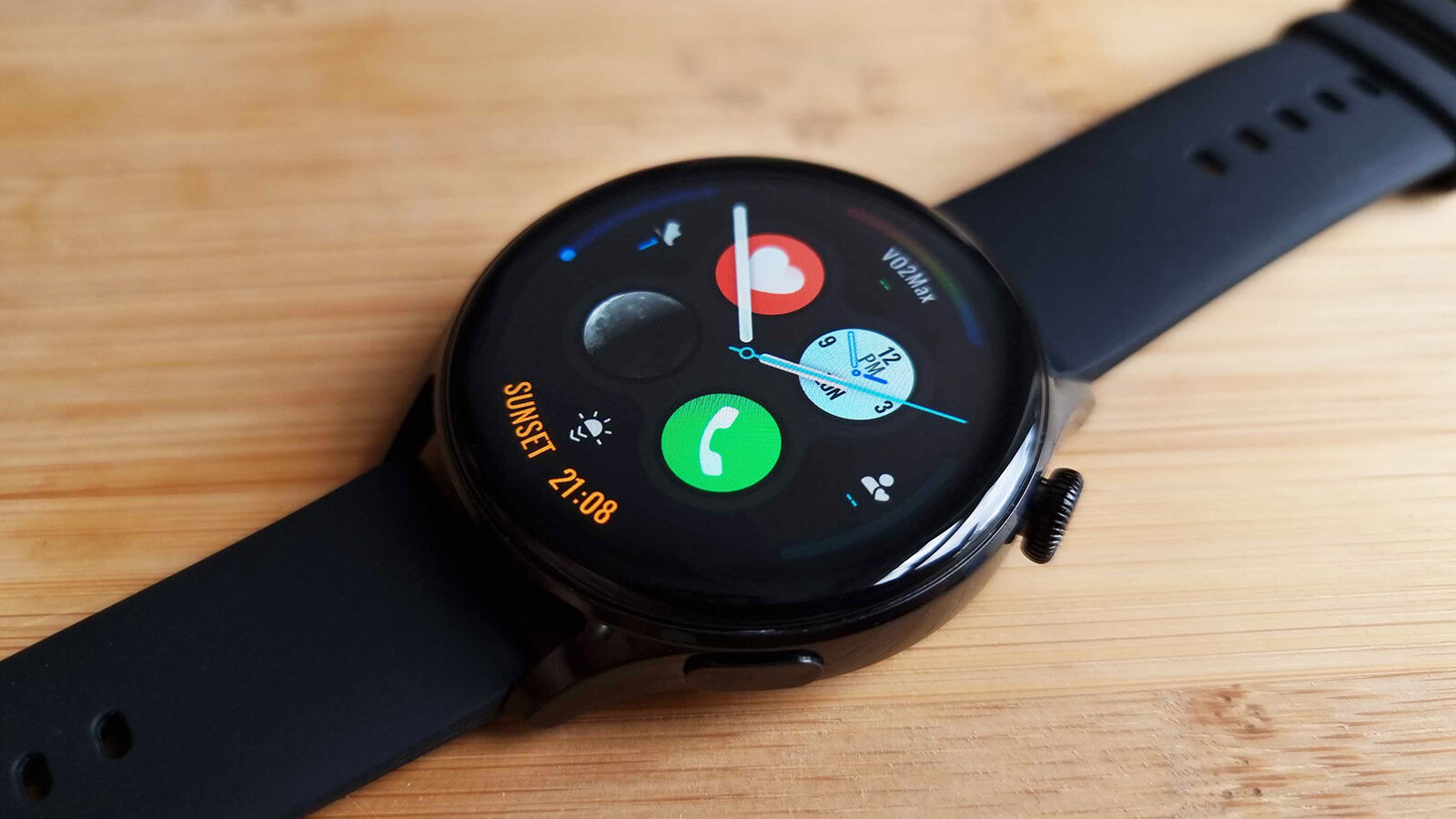 Speaking of connections, along with integrated GPS (for phone-free route tracking when working out), the Watch 3 connects directly to your phone via Bluetooth (5.2) but can also make a connection via WiFi or by way of its integrated eSIM; provided you’ve paired it with a plan from a supported carrier. No need to choose between a WiFi-only and cellular model of the Watch 3, as Huawei’s rivals have you do.

Along with the AppGallery, the pre-loaded experiences on the Watch 3 allow you to tap into its assorted sensors too, with fitness and wellbeing features like heart rate, blood oxygen, stress and sleep tracking on hand, as well as skin temperature monitoring, something that – up until now – only the Fitbit Sense really offered in the mainstream wearables space. 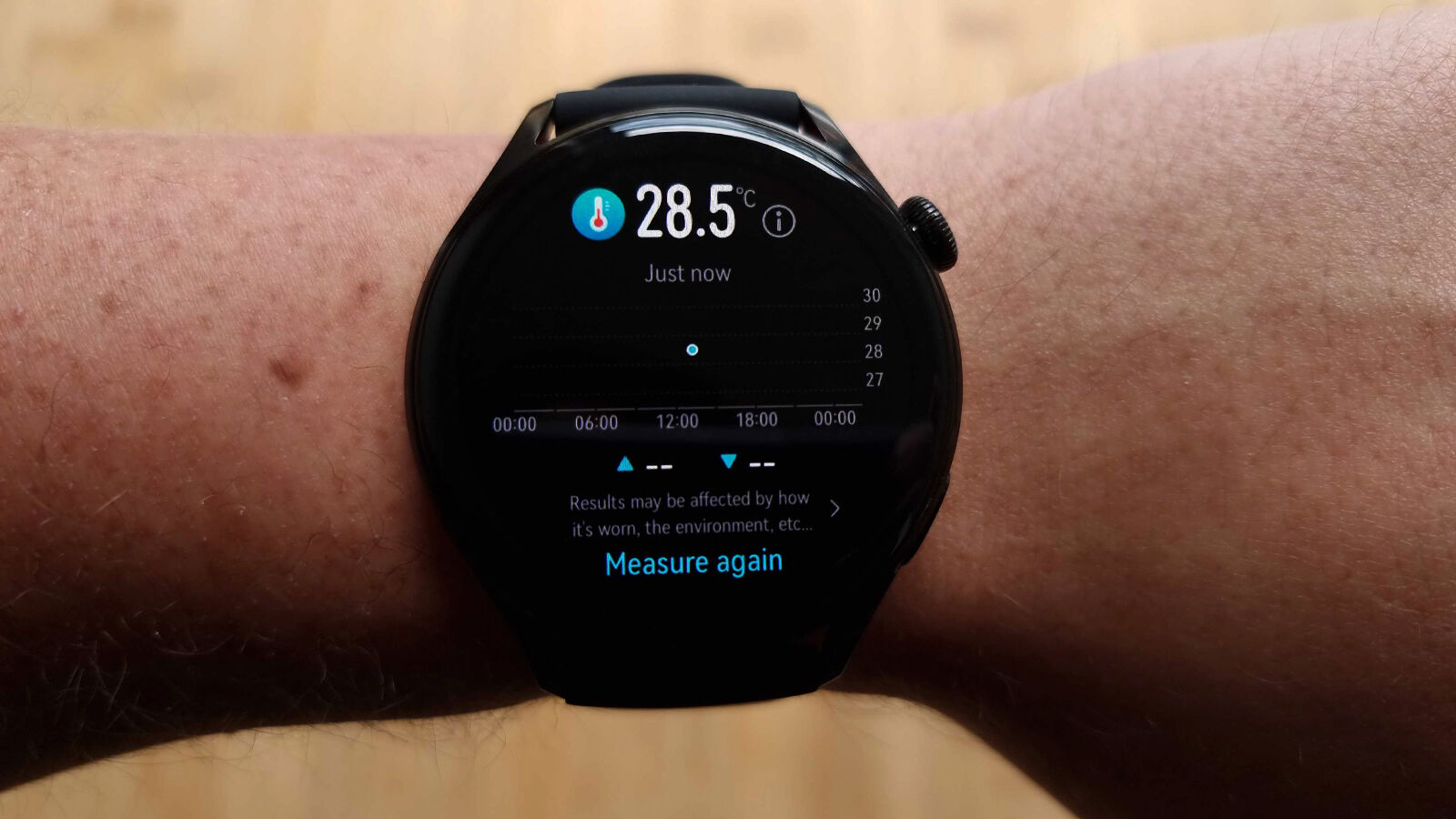 Lite OS on Huawei’s previous watches was known for its power efficiency, with the majority of the Watch GT 2 family offering up around 14 days of use per charge. With the more powerful chipset at work on the Watch 3 – delivering a more responsive and capable experience than they could ever muster from the outset – a drop in longevity is to be expected.

Despite this shortcoming, Huawei still promises that with HarmonyOS running on the Watch 3, the timepiece should last up to three days in regular use and up to 14 if ‘ultra-long battery life mode’ is enabled, which stand as impressive claims if accurate.

Ultra-long battery life mode disables WiFi and cellular connectivity (if set up) and the user experience reverts to something closer to Lite OS again; performance of UI animation is clearly throttled and certain apps (as well as AppGallery) become inaccessible but beyond that, it actually looks to be one of the most feature-rich power-saving modes encountered. 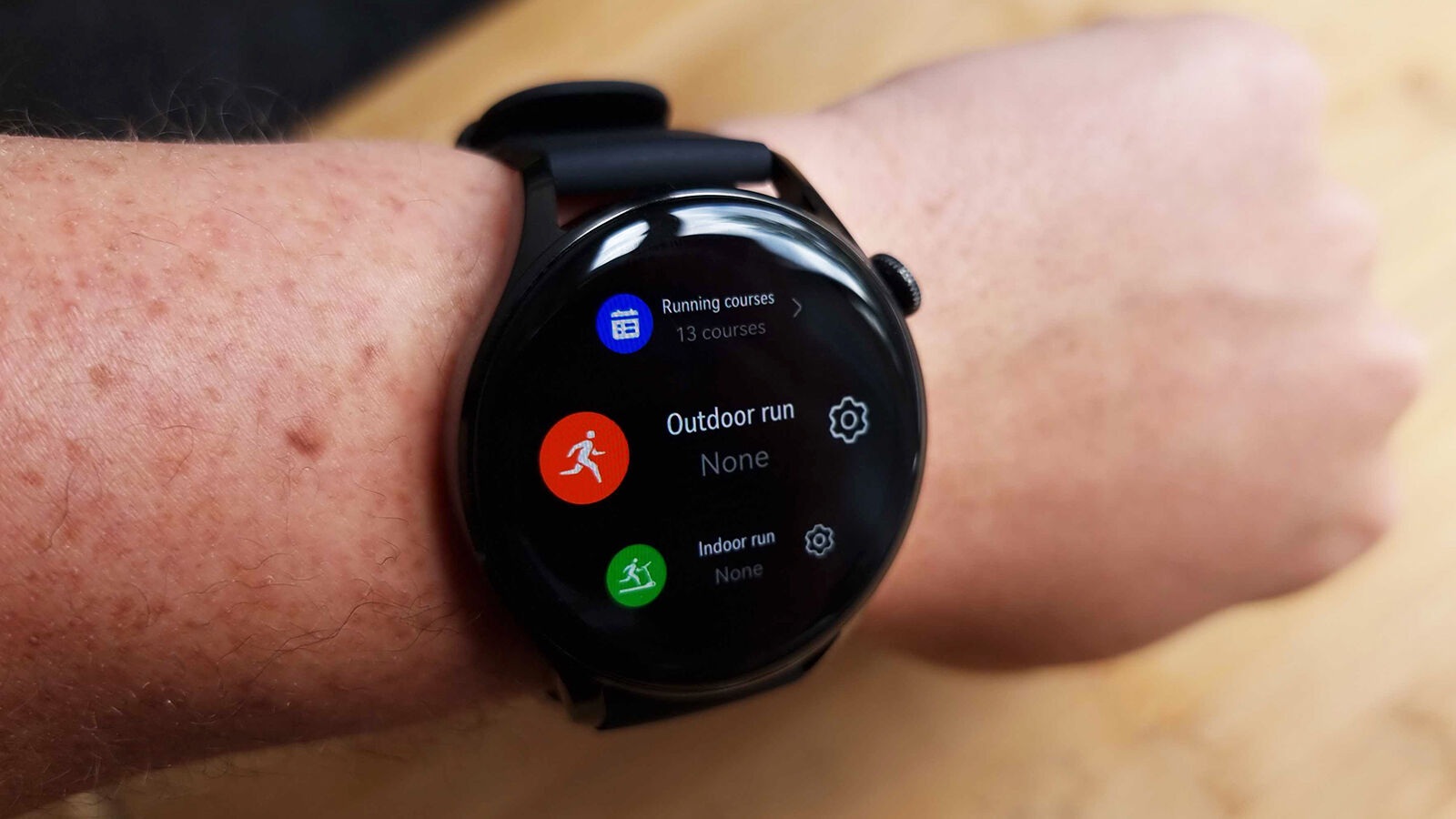 We’ve more to test before we pass full judgement on the pairing of HarmonyOS and the Huawei Watch 3 but overall, first impressions are promising to the point that Apple and Samsung may have to start looking over their shoulders.