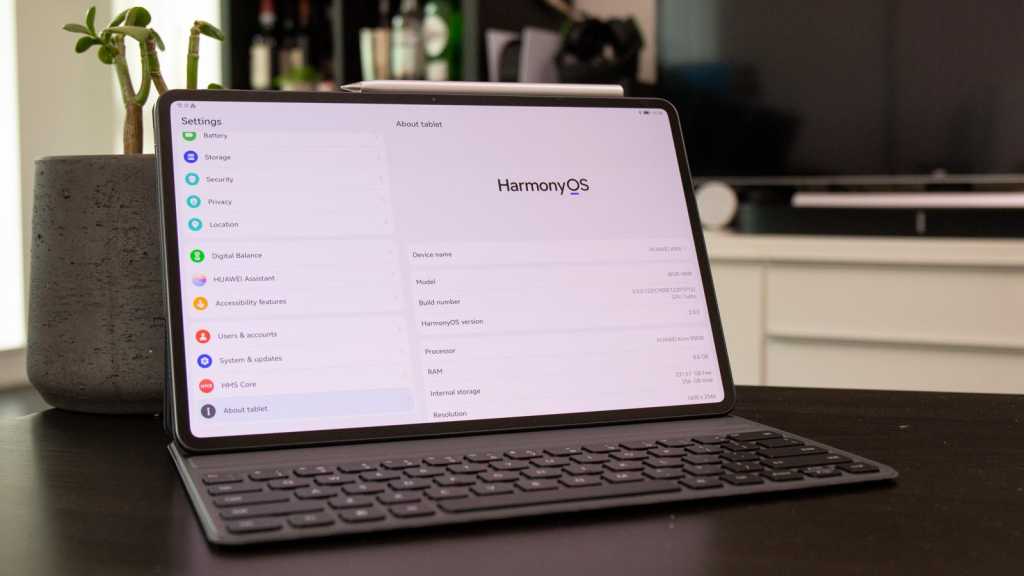 HarmonyOS is just part of Huawei’s solution to that problem. And in fairness, it’s also not really a wholly new operating system, as I discovered when testing the software out on the brand-new MatePad Pro tablet this week.

Borrowed from the best

Anyone who’s used one of Huawei’s recent Android phones or tablets – even those from the good ol’ days of Google support – will find the experience instantly familiar.

It’s pretty clear that Huawei has taken Android – and its own EMUI Android skin – as a starting point, rather than working from scratch. Everything from the notification drop down to the settings menu feels a lot like EMUI always did, so this is no radical reinvention of the mobile experience.

It helps that with EMUI Huawei always maintained a pretty distinct visual identity, carried forward here. That was sometimes a knock against the brand when it stood in opposition to stock Android or OnePlus’s OxygenOS skin, but now it means that HarmonyOS feels more like Huawei than it does Google. 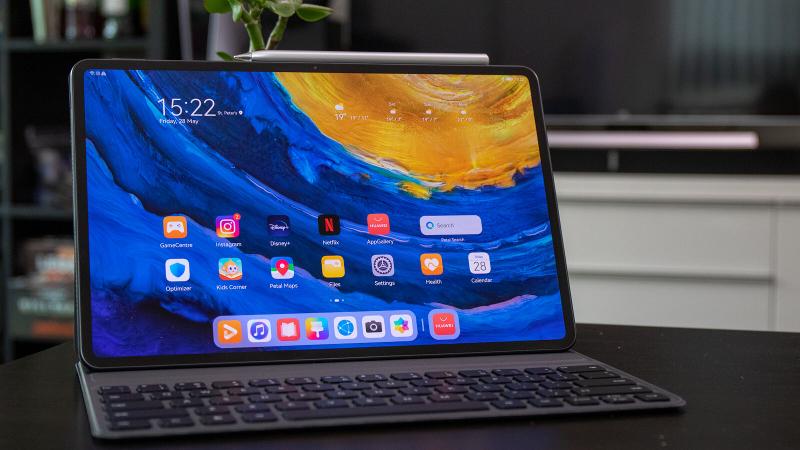 Huawei has also looked to Apple for inspiration. A renewed emphasis on homescreen widgets calls to mind iOS 14 more than it does Android’s own fairly basic widget offering (though admittedly, since then both Vivo’s OriginOS skin and Google’s own Android 12 have also expanded their interactivity).

More than that, the home screen is now dominated by an app dock along the bottom edge with set shortcuts to a few favourite apps, along with the most recently accessed ones. This is a core feature that Apple pilfered from macOS to make iPads feel more intuitive, and it perhaps explains why Huawei chose to reveal Harmony running on MatePad tablets before the full reveal of the P50 phones. 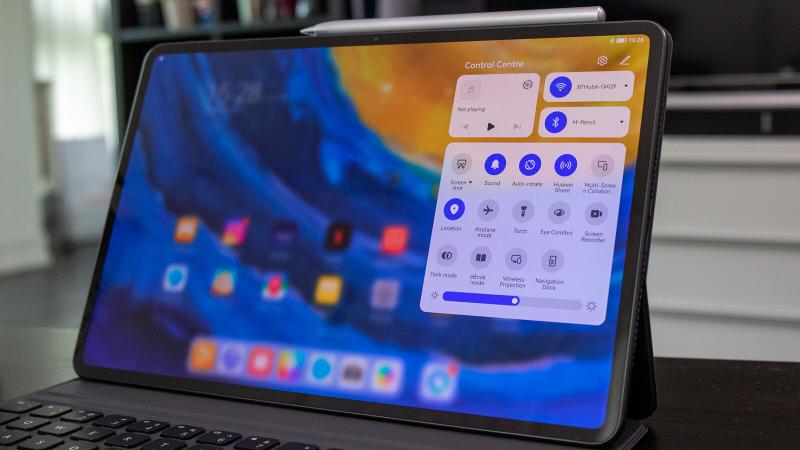 Android tablets have, for the most part, always been a bit terrible. Google itself has rarely bothered making tablet hardware, and has in turn shown little interest in optimising Android for the form factor. Freed from the shackles of Android’s base code, perhaps Huawei can finally build a software suite to really rival iPadOS in a way that even Samsung has so far struggled to do.

We might see similar benefits in the wearable space, where Harmony will also power Huawei’s new smartwatches. Google’s track record here has been so bad that it both bought Fitbit and gave in and announced a partnership with Samsung to fix Wear OS, but with Harmony ready to go now, Huawei may steal a march on its Silicon Valley rival.

Of course, as much as Android (and Google) has limited OEMs at times, for the most part it’s been more blessing than curse, especially in creating a stable market for an app ecosystem to rival Apple’s. That’s where Huawei’s decision to build Harmony up from that base fully clicks into place.

The company’s main challenge over the last few years, from a software perspective, was losing access to the Google Play Store, and in effect suddenly shrinking its software support down to a fraction of rivals’. Cutting that back further would likely have killed HarmonyOS before it even got going. 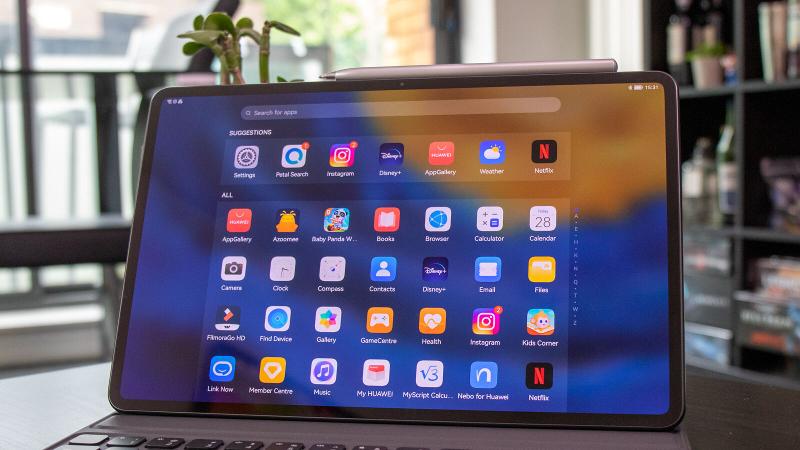 Fortunately, Harmony devices will be able to install all the same Android apps as their EMUI forebears. That is to say: you can directly install anything in Huawei’s AppGallery, and quickly & easily sideload many more Android apps via .apk files found through Huawei’s Petal Search tool.

I’m writing this piece in Microsoft Word while I switch to check Slack every now and then. Occasionally I get distracted and open Twitter or Instagram, and when I’m done with work I’ll likely watch something on Netflix or Disney+ – all from within HarmonyOS. 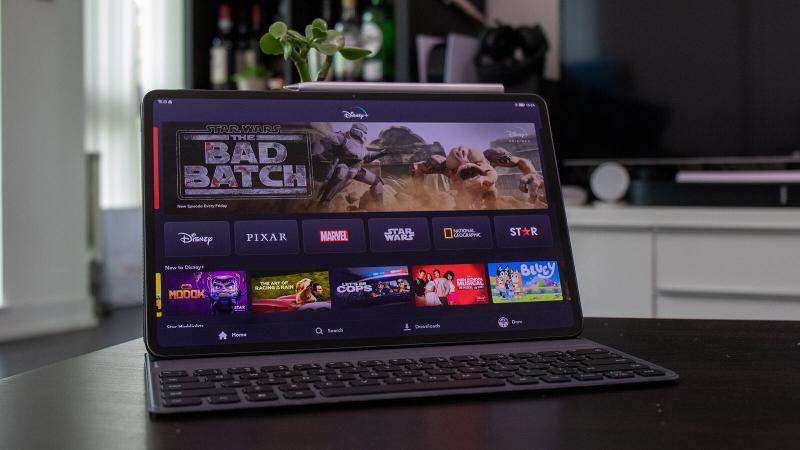 There are limits, but they’re the same limits Huawei faced on Android. Google’s own apps won’t run here – no Gmail, no Google Maps, no YouTube. With them, Android apps that rely on Google’s servers will also struggle – apps like Todoist or Zero that use Google’s servers for syncing may install, but they won’t run.

Apps are only part of the story though. These days, it’s ecosystems that matter, and Huawei has its sights set high.

Even over the last few years the company has been aggressive in attempts to emulate – and enhance – the ecosystem that’s famously kept Apple customers so loyal. With total control of its hardware and software, Apple has been able to make sure that (almost) everything you buy from the Cupertino company connects, pairs, and communicates seamlessly. The result is that once you have one bit of Apple kit, it’s all too easy to find yourself with an awful lot more before long. 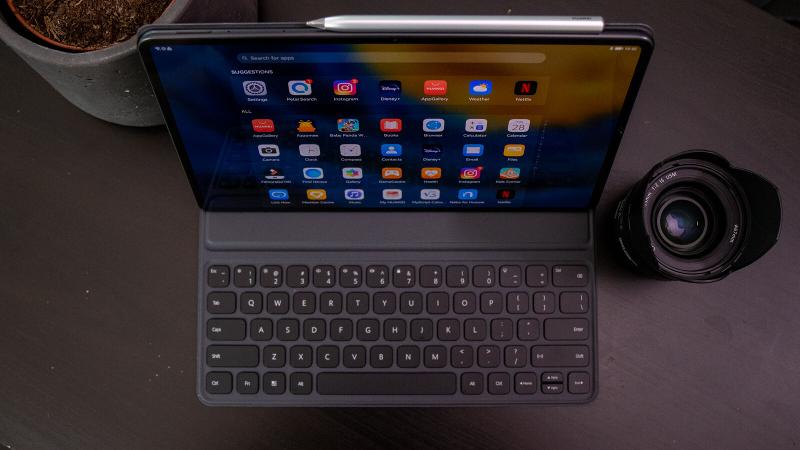 Huawei has already worked hard to make sure that its Android phones and tablets can connect quickly to its Windows laptops, letting you mirror your phone screen to the PC, share files, and more.

With Harmony, that connection will deepen. Huawei laptops will now be able to fully mirror the displays of Harmony tablets or phones, or send things in the other direction, letting you use your Harmony device as a wireless secondary display for Windows.

Huawei accessories like headphones and speakers will now connect to compatible devices the moment you switch them on, and can seamlessly jump from your tablet to your phone when a call comes through.

There’s even a dedicated drag-and-drop interface for connecting various nearby Huawei devices to one another, which makes more sense once you remember that Huawei also has ambitions to see Harmony run on smart TVs and all manner of connected IoT devices. 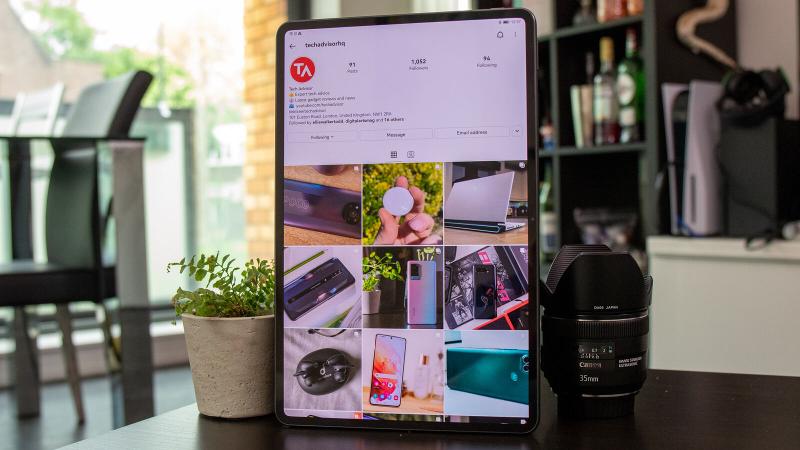 Unfortunately, I haven’t been able to test this stuff myself. While it’s up and running in Harmony, I don’t have a full set of Huawei tech to test it with, and my MateBook X Pro hasn’t yet had the software update to make it compatible with Harmony. The company’s promises aren’t outlandish though – much of this will already sound familiar to Apple users.

Android has always limited other OEMs’ ability to offer the same though. Outside of Huawei, Samsung has perhaps come closest, but little irritations and quirks still get in the way here. Without Google getting in the way, Huawei is now free to match Apple for the first time – and going by its laptop integration has clear ambitions to go one step further, even without direct control of Windows itself.

With HarmonyOS Huawei hasn’t solved its biggest problem – the fact that Google apps, and plenty of others, still won’t run. But it has better positioned the company to work towards a solution, to build up a rival software platform substantial enough to encourage global developers to bake in support, and build up to what could be a major third player in the market.

Just as importantly, it frees Huawei to play to its strengths and step away from Google’s weaknesses. Harmony can be enhanced for tablets, wearables, and other devices in a way that Android never has been, while Huawei can use its platform control to build the sort of seamless, inter-connected device ecosystem that until now only Apple has been able to offer. 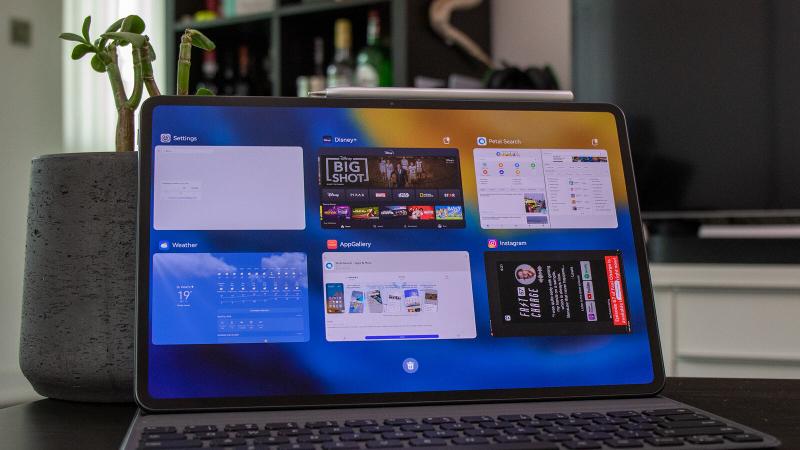 Will all that be enough to salvage Huawei’s hardware and make it a global contender once again? Probably not – even Apple has to play nice with Google sometimes, and unless the US trade ban shifts to allow some sort of relationship there, it’s hard to see Huawei hardware taking hold in the West.

In Asia, and especially the company’s native China, it’s a different story. There, HarmonyOS frees Huawei from its dependence on Silicon Valley and sets the company on a new course of its own making.

With founder Ren Zhengfei already urging a pivot to software to avoid US sanctions, it seems almost certain that the company’s ambitions for HarmonyOS lie far beyond its own hardware. If it can lure major Chinese players like Oppo or Xiaomi with the promise of a full ecosystem operating outside of American control, how long before we see them jump ship from Google?

Huawei might be about to harmonise its hardware – but it could cause chaos for everyone else.