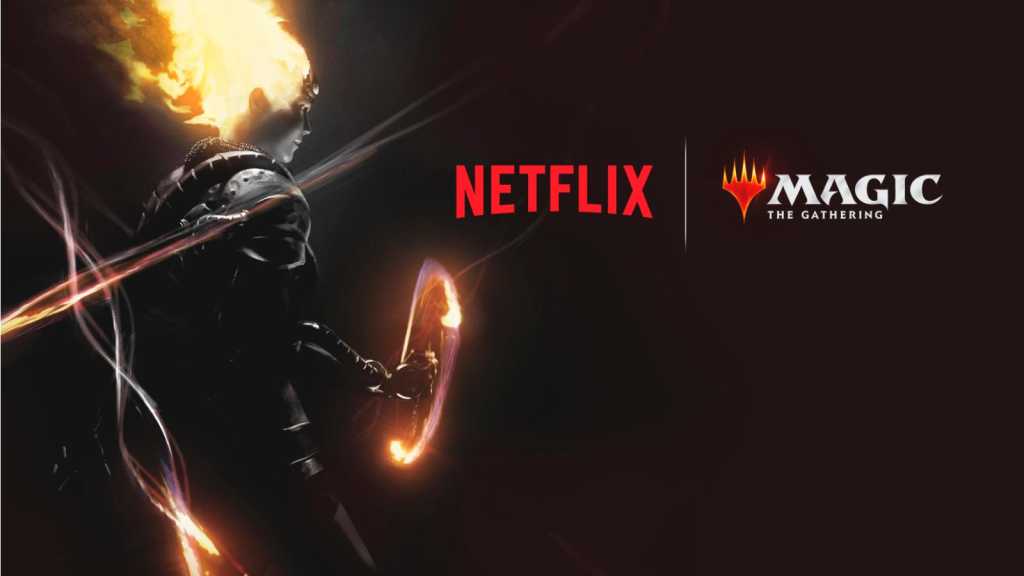 The legendary card trading/battle game Magic: The Gathering is being adapted into an epic animated adventure by Netflix. Here’s all we know so far about when you can watch it and what the creators have in store.

When is the release date for Magic: The Gathering?

Netflix announced the adaptation back in June 2019, along with details of who would oversee the project. Since then, there’s been a few changes to the creative team, which when combined with COVID has delayed the original estimated release date.

While Netflix had originally intimated that the debut would come in 2021, an investor call for Hasbro (the parent company of the Magic franchise after it acquired Wizards of the Coast in 1999), confirmed that the series would now be arriving in 2022.

Magic: The Gathering fans shouldn’t despair though, as not only is the Netflix series in development, there’s also a feature length live-action movie on the way, as well as another film adaption of the franchise’s inspiration, Dungeons & Dragons. The latter will star Chris Pine and Michelle Rodriguez and is currently scheduled to premiere in May 2022.

What is the plot of the Magic: The Gathering TV show?

With the franchise now over 25-years old, there are a wealth of characters and plotlines to choose from. Netflix stated in its official release statement that it would feature an “all new storyline and expand on the stories of the Planeswalkers, which are Magic’s unique magic-wielding heroes and villains as they contend with stakes larger than any one world can hold.”

We now know that the show will primarily follow the white mage, Gideon Jura, who is part of the multiplanar coalition Gatewatch. Gideon comes from a street kid background, but grew up to be a powerful warrior-mage and a well-known hero.

The series will be overseen by Octopie studios, with CEO Isaac Krauss stating, “Our goal is to not only tell a compelling story leveraging Magic: The Gathering’s incredible body of work, but to also push the medium and perception of storytelling through animation. This series will cross the genres of suspenseful thriller, horror, and drama with deeply developed characters the likes of which are not often seen in animation.”

“But we’re definitely going to try to carve out our own continuity space in a very similar way to other franchises that have done that with adventures in a new medium from preexisting stories…if somebody’s parents have died and that’s a crucial part of who their character is, that’s gonna be true no matter what medium that story takes place in, but the exact details of whether they were six or eight when that happened may shift.”

While the latter is something of a word salad, it does suggest that long-standing fans of the game should see some of the regular and classic characters – such as Gideon – explore their stories with respect to the history of the franchise.

The show should also avoid the shackles of trying to recreate game dynamics in a different medium, as franchise team director for Magic: The Gathering, Jeremy Jarvis, explained to Polygon when he said, “This is not going to be Yu-Gi-Oh! or Pokémon where you’re literalizing gameplay aspects. We developed this library of wonderful characters and wonderful places and impactful events, and we’re going to be bringing that to life in a new way.”

Is there a trailer for Magic: The Gathering?

Not yet. But as soon as one becomes available, we’ll add it to this article. However, there is a first look at Brandon Routh’s reaction to playing the lead character, Gideon.

If you’ve never played the game before, here’s a quick tutorial from the official Magic: The Gathering channel to get you going.

Who are the cast and crew of Magic: The Gathering?

We now have a lead for the show – Legends of Tomorrow star, Brandon Routh. The Hollywood Reporter confirmed that he will be voicing Gideon Jura, the heroic Planeswalker and white mage that is one of the best known characters from the franchise.

The show was going to be helmed by Joe and Anthony Russo, who were previously responsible for the blockbuster hits Avengers: Infinity War and Avengers: Endgame. However, Deadline has reported that the pair have moved on. Writer Henry Gilroy (Star Wars Rebels, Star Wars: The Clone Wars) and Jose Molina (The Tick, Agent Carter) have also departed.

The new creative team will now be led by Jeff Kline, best known for the animation Transformers: Prime. Joining him will be Steve Melching (Star Wars: The Clone Wars) as Co-Executive Producer and Story Editor, Audu Paden as Supervising Director and Nicole Dubuc, Russell Sommer & Dan Frey, and Taneka Stotts as Writers.

Animation will be in the hands of Snowball Studios, which is famous for Muppet Babies, Barbie – Dreamtopia and Disney Star Darlings.

Where can I watch Magic: The Gathering?

This is a Netflix Original, so you’ll need a subscription to the streaming service to access the show when it arrives.