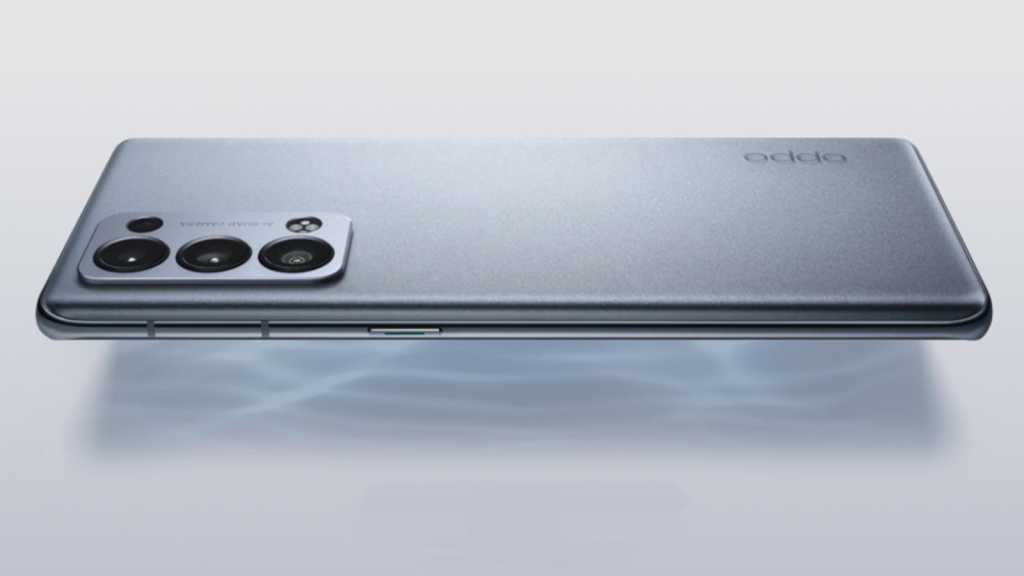 Oppo has just introduced the long-rumoured Reno 6 series into the Chinese market; comprised of standard, Pro and Pro+ models – all of which boast a triple rear camera and rapid 65W fast charging.

True to form, the Reno line has hit a six-month update stride, with the Reno 5 series only making its debut in Oppo’s native market of China in mid-December 2020. This new line’s biggest improvement over its predecessors is a new series of chipsets running the show.

Compared to one another, the base Reno 6 stands out visually as a result of its slab-sided design – reminiscent of Apple’s iPhone 12 series (which itself calls back to the original iPhone 4). It’s centred around a 6.4in Full HD+ 90Hz AMOLED display and runs on MediaTek’s recently-announced mid-range-focussed 6nm Dimensity 900 chipset, which grants it 5G capabilities.

A triple camera setup – led by a 64Mp unit and accompanied by an 8Mp ultrawide and a 2Mp macro sensor (along with a 32Mp hole-punch selfie snapper) – occupy the corners of the Reno 6’s front and back, while a 4300mAh battery with 65W SuperVOOC 2.0 charging (as on the other Reno 6 entries) also features.

Aesthetically, the Reno 6 Pro and Pro+ appear nearly identical in design, with more rounded forms reminiscent of previous recent Reno devices (such as their direct predecessors). Both models lead with 6.55in 90Hz Full HD+ AMOLED displays and both feature 4500mAh batteries, again with 65W SuperVOOC 2.0 charging. Where things diverge are with both their chipsets and camera setups.

Powered by a MediaTek Dimensity 1200+ (which again, means 5G), the Reno 6 Pro packs in a 64Mp main sensor, 8Mp ultrawide and 2Mp macro snapper (similarly to the standard Reno 6), supported by a 2Mp depth sensor.

The Reno 6 Pro+’s camera, meanwhile, cribs from the flagship Oppo Find X3 Pro, boasting a Sony IMX776 50Mp lead sensor, accompanied by a 16Mp ultrawide snapper, a 13Mp 2x telephoto sensor and the obligatory 2Mp depth sensor. It also builds on the performance of its predecessor with a 5G-supported Qualcomm Snapdragon 870.

Software-wise, all three models run on Android 11 with the company’s own ColorOS 11.3 on top.

We cover the launch of the new Reno 6 series in our weekly podcast, Fast Charge, alongside the OnePlus Nord CE 5G and our review of the ZTE Axon 30 Ultra: