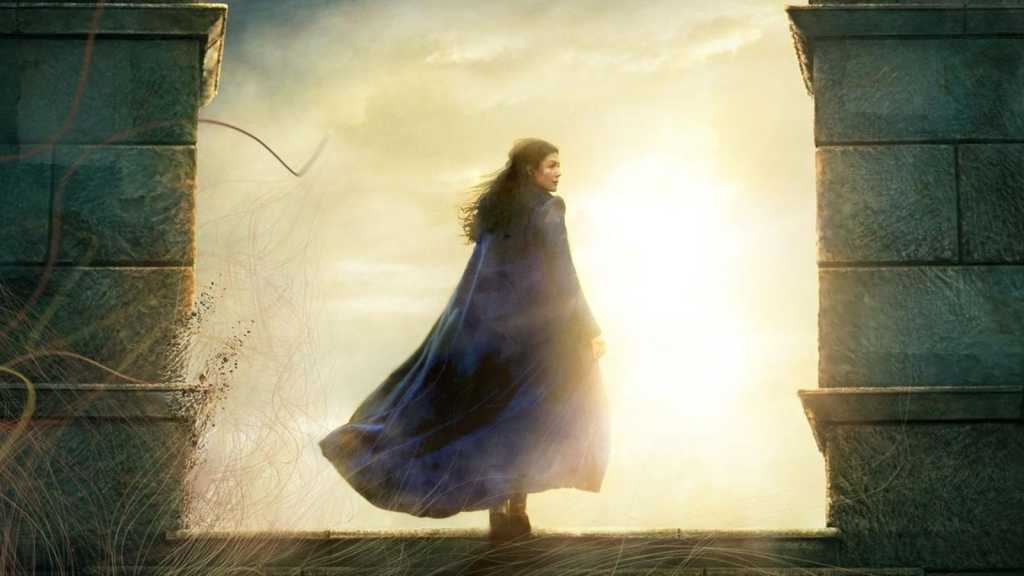 Here’s all we know so far about what many people think could be the next Game of Thrones (only with a better ending, hopefully).

When is the release date for The Wheel of Time TV show?

The Wheel of Time debuted on 19 November 2021 with the first three episodes and is rolling out new instalments now every week.

Will there be a second season of The Wheel of Time?

Amazon has already green-lit season 2. The latter news was shared on Twitter by the WoT showrunner Rafe Judkins, and this was followed by a photo on the official Wheel of Time Twitter feed of the script for season 2’s first episode.

Gonna do a 30-minute #wheeloftime Q&A on my Instagram Stories in about 15 minutes to celebrate the official greenlight for Season 2 of Wheel of Time! Also, it’s Happy Hour in Prague so now’s your chance to trick me into saying too much @TheWheelOfTime

With this many Ta’veren in one place, one season was never going to be enough. #TheWheelOfTime #TwitterOfTime pic.twitter.com/CtuGitxPSn

At San Diego Comic-Con 2021 Judkins revealed that he’s plotted out “what eight seasons of the show might look like,” though of course, that doesn’t guarantee that the show will run for that long.

So, if you’ll pardon the pun, it does seem that the wheels are very much in motion.

What is the plot of The Wheel of Time TV show?

The Wheel of Time redefined the idea of epic fantasy, as there are 14 books in the series, all of which are pretty weighty tomes. With so many characters and storylines, there is a rich feast to choose from, but the show is likely to follow the first book ‘Eye of the World’, in which we’re introduced to Rand al’Thor.

He’s your typical farm boy that could be the prophesied reborn warrior Dragon, who will be able to fight the Dark One and save the world. He’s not aware of this of course, and it takes the arrival of Moiraine, a powerful Aes Sedai (an all-female group of magic-users), who helps Rand and his friends Nynaeve, Mat, Perrin, and Egwene escape from the Dark One’s army – the Trollocs – when they attack his village.

It’s a classic coming-of-age, hero’s journey tale, but one that has stood the test of time since its debut back in the early ’90s.

In a nice twist, the Dark One’s final act, before he was initially despatched by the previous Dragon thousands of years ago, was to poison the source of magic called Saidin, resulting in any man that used it going insane. In Macbeth-like fashion though, the poisoning didn’t consider women, who use Saidar for their magic, making them now the only ones able to wield those powers.

Confusingly, this specific story is also being adapted to the screen, with plans for a prequel trilogy telling the story of the Dark One’s rise and fall and the creation of the Aes Sedai. Thor and X-Men: First Class writer Zack Stentz is writing the first of these films, dubbed Age of Legends, though there’s no studio attached to produce it yet. The films are set to “complement the storylines” of the Amazon series according to The Hollywood Reporter, which broke the story.

So, will Rand al’Thor keep his mind intact as he faces the Dark One? Hopefully, we’ll find out in quite a few seasons’ time.

It is worth noting that not all the story points will be the same. During the show’s panel at New York Comic-Con, the showrunner stated that they won’t be sticking entirely to every plot point. The show will still retain the heart of the story, but will also be accessible for new audiences ( via Polygon).

Can I watch The Wheel of Time trailer?

Yes! The first full trailer gives us a glimpse at some of the thrilling action that we’re in store for. Take a look below:

Then there’s the teaser trailer for The Wheel of Time, which highlights some of the powerful women who are in the series:

NYCC showed off the first full clip from the show, in which Moiraine first arrives in Two Rivers. Take a look below:

Some short teasers show items from the story, including a jewel-encrusted dagger, a guitar, and the Heron Mark Blade.

Where the Shadow waits. pic.twitter.com/Y1WS0HFwqr

To celebrate this first look at the Heron Mark Blade from #WOTonPrime I’ll answer 10 questions in the next 30 minutes about production design on the show in general and how we’re approaching it 🙂 Just reply to this post with your question. https://t.co/QGvEA5Bj4n

EW has the first images of the show, which features shots of Moiraine and more.

There’s also a glimpse of one of the locations from the show.

“You want stories?” Thom Merrilin declaimed. “I have stories, and I will give them to you. I will make them come alive before your eyes.” ​ #WOTonPrime pic.twitter.com/f0wlr3t7Sf

Finally, we’ve got this great poster, revealed at Comic-Con: 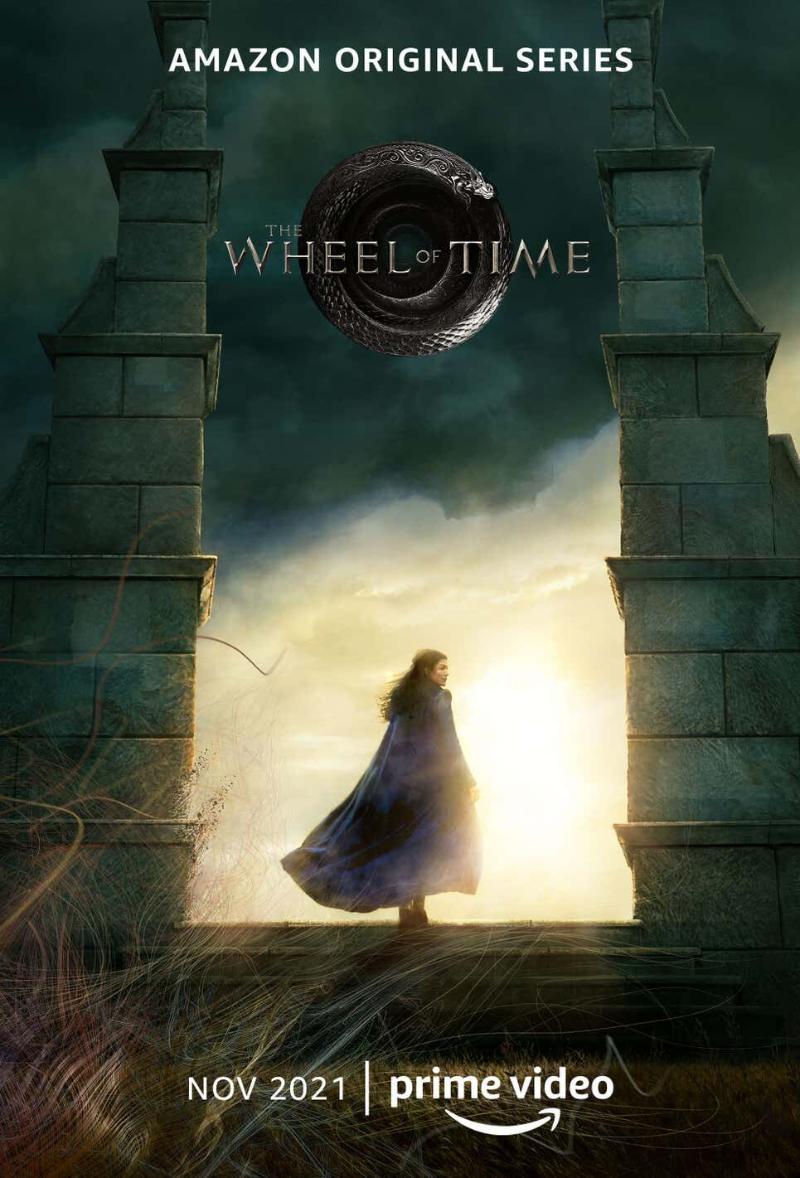 Who are the cast and crew of The Wheel of Time TV show?

There’s a fine collection of actors involved in the huge show, with the following line-up portraying the major characters in season one:

Though Barney Harris will be playing Mat in season 1, Deadline has confirmed that he won’t be returning in season 2. Instead, he will be replaced by Dónal Finn, who is best known for playing Nettly in The Witcher.

Daniel Henney stars as Lan Mandragoran in The Wheel of Time, an upcoming series based on the best-selling fantasy novels. pic.twitter.com/JSLIYf7Mgo

The direction will be split across several excellent choices. The first two instalments will be under the guidance of Uta Breisewitz, who has already helmed episodes for a wide range of popular TV shows, including Orange is the New Black, Stranger Things, Westworld, Altered Carbon, The Deuce, Jessica Jones, The Defenders, Black Sails, Iron Fist, Lethal Weapon, and Fear the Walking Dead.

Other episodes will be handled by Salli Richardson-Whitfield who, alongside a solid acting career, has previously sat in the big chair on episodes of The Gilded Age, Altered Carbon, Treadstone, See, Dear White People, American Gods, The Punisher, Agents of S.H.I.E.L.D, and Stitchers.

The last of the triumvirate is Wayne Yip, who has already directed episodes of Doctor Who, Preacher, Into the Badlands, Treadstone, Hunters, and is in pre-production for Amazon’s other epic fantasy TV adaptation – The Lord of the Rings.

How can I watch The Wheel of Time TV show?

As this is an Amazon Original production, it is exclusive to the Amazon Prime Video streaming platform. But, with other benefits such as Amazon Music and free next day delivery on physical products, it’s worth signing up to Amazon Prime anyway.