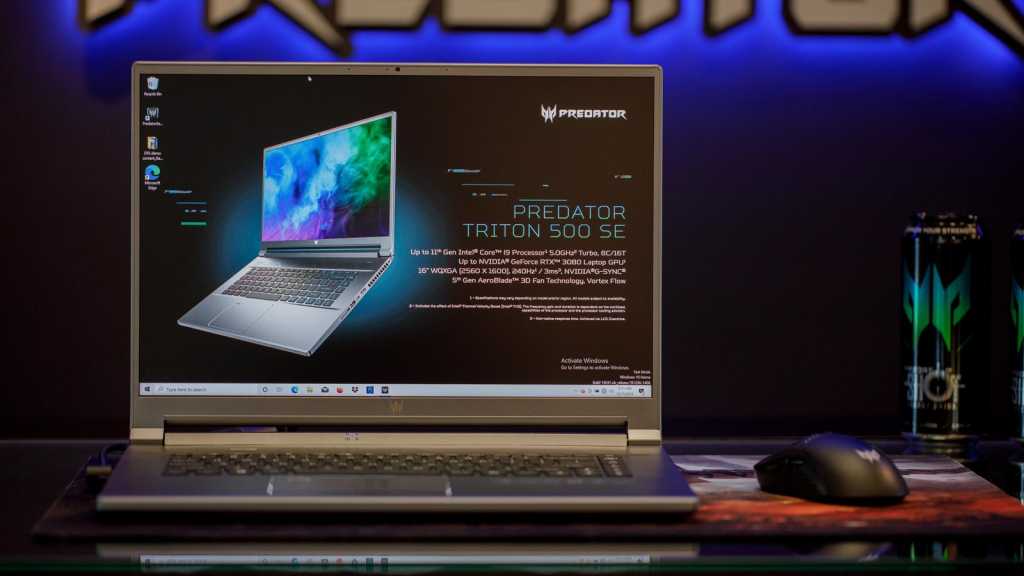 Acer is trying to walk a delicate line with the Predator Triton 500 SE: a full-size 16in gaming laptop that can keep pace with the latest AAA games but also survive a work day.

The Triton 500 SE follows in the footsteps of the recent 14in Triton 300 SE, and shares that machine’s design language: sleek, brushed aluminium with a petite Predator logo on the lid, and few indications – other than its size – that’s it’s built for gaming.

There’s a 3-zone RGB backlit keyboard, but that’s the only obvious flourish – the idea is that this is a machine that wouldn’t look too out of place in an office or a coffee shop. If anything, the problem is that Acer has gone too far – I’d be the last person to miss the gamer aesthetic, but I’d love to see one or two more touches to help elevate this from drab office gear.

Of course, the aesthetic isn’t the only obstacle to bringing a gaming laptop into the office every day. The 500 SE is still pretty big – it has to be to fit in Acer’s triple-fan Vortex Flow cooling system if nothing else – but at 19.9mm it might be slimmer than you’d expect. At around 2.5kg (5.5lbs) it’s not lightweight either, but it does feel light enough to sling it in a backpack without too much trouble. 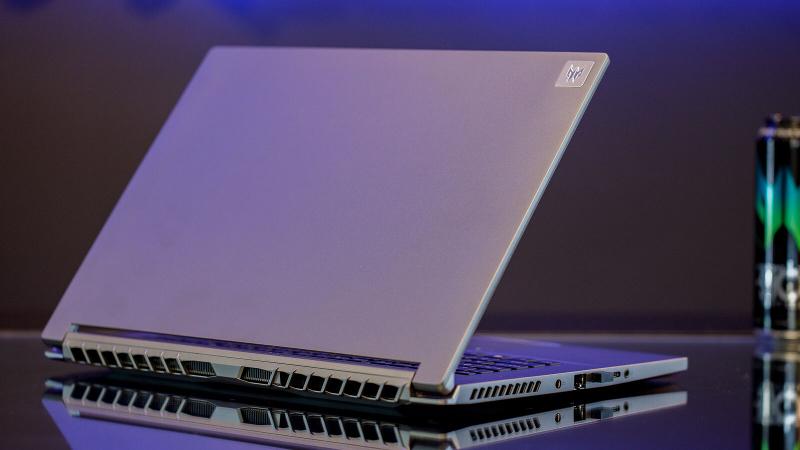 Battery life is the gaming laptop’s other traditional weakness, and it’s here that Acer has really excelled. It claims that the Triton 500 SE can run for up to 12 hours of work time. It won’t play games for that long of course, but it should last a full work day when you need it to and be ready to game when you get home.

When it comes to gaming, the specs should deliver the necessary performance. You can spec this out with up to a Core i9 – the latest 11th-gen Tiger Lake H-series, of course – along with either an Nvidia GeForce RTX 3070 or 3080.

The top SKUs will even go up to 64GB RAM and 4TB storage, and you can get both Wi-Fi 6E and dual Thunderbolt 4 ports for connectivity – along with a Turbo button to crank everything up for pure performance. 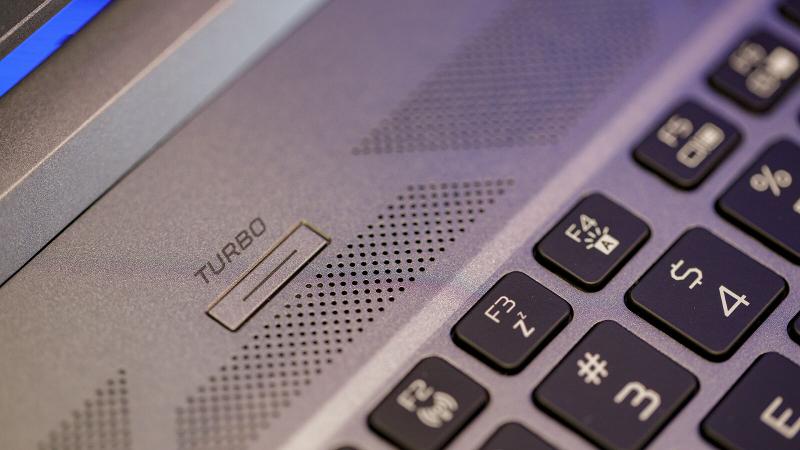 There are a few display options, including a 165Hz Mini-LED or a 240Hz IPS with 100% DCI-P3 colour coverage and 3ms response rate. Either way, the 16in panel comes in a 16:10 aspect ratio – another nod to the 500 SE’s office aspirations, as the slightly taller aspect ratio is better suited to productivity.

Alongside the Triton 500 SE, Acer has also revealed an updated Predator Helios 500 with Intel H-series chips, up to an RTX 3080, and 17in display options including a 120Hz 4K Mini-LED panel or a 360Hz FHD IPS.

If the new Triton still feels too big and bulky for you, Acer also announced the Swift X, a 14in ultrabook that’s far more portable but still squeezes in Nvidia’s brand-new RTX 3050 Ti. Meanwhile, the company’s ConceptD creator line unveiled new H-series laptops alongside something much more unusual: a 3D laptop prototype called SpatialLabs, targeted at 3D modelers and designers.