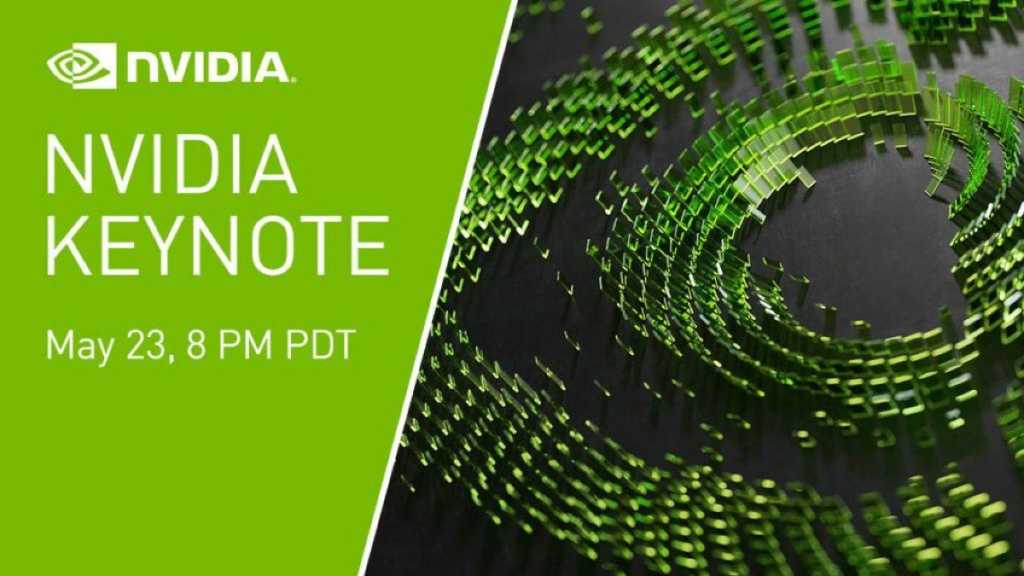 Nvidia is set to take to the stage at Computex 2022 with its annual keynote, and while a focus on AI doesn’t sound like something that gamers might be interested in, the company has teased gaming-related announcements during the event. Whether these are hardware or software-related is yet to be confirmed, however.

If you’re intrigued, here’s all you need to know about Nvidia’s Computex 2022 keynote, including start times in different timezones, how you can tune in live and what to expect from the event.

When does Nvidia’s Computex 2022 Keynote begin?

Nvidia has confirmed that its keynote is set to kick off at 11am local time on 23 May in Taipei, which translates to either a very late or very early start depending on where you’re tuning in from around the world.

Those in the US are best placed to watch the stream live, able to tune in at 8pm PDT/11pm EDT on 23 May, but those in the UK and Europe aren’t quite as lucky, translating to the early hours of 4am BST and 5am CEST on 24 May. Better set those alarms now if you want to watch it live!

Here’s a breakdown of the event timezones:

How can I watch the Nvidia Computex 2022 live stream?

As you might expect, Nvidia is planning on livestreaming the entire keynote so those around the world can tune in and see what the company has up its sleeve.

With that being said, you’ll be able to watch the Nvidia keynote via Nvidia’s website along with the usual suspects including Nvidia’s  YouTube and Twitch channels.

We’ve embedded the livestream below for ease, so simply bookmark this page and head back on 23 May to tune in.

What should I expect from Nvidia at Computex 2022?

Nvidia has teased that the Computex 2022 keynote will focus on “how accelerated computing is revolutionizing networking, data center solutions, gaming, content creation and more”.

There will be six speakers throughout the event, including SVP Jeff Fisher, so there could be an interesting announcement in store. The full list of speakers is as follows:

The event summary on Nvidia’s website suggests a particular focus on artificial intelligence:

“AI on the NVIDIA accelerated computing platform is revolutionizing everything from gaming to data centers to robotics. NVIDIA will present how AI is powering the enterprise data center and the latest products and technologies for gamers and creators.”

It’s worth noting that while there’s nothing official about a graphics card announcement, a report from Videocardz suggests Nvidia could be about to lift the lid on a (very) budget-focused GTX 1630, allegedly based on the GTX 1650 with some “necessary cutbacks”. While it might not excite high-end gamers, it’ll be great for the majorly under-served budget GPU market.