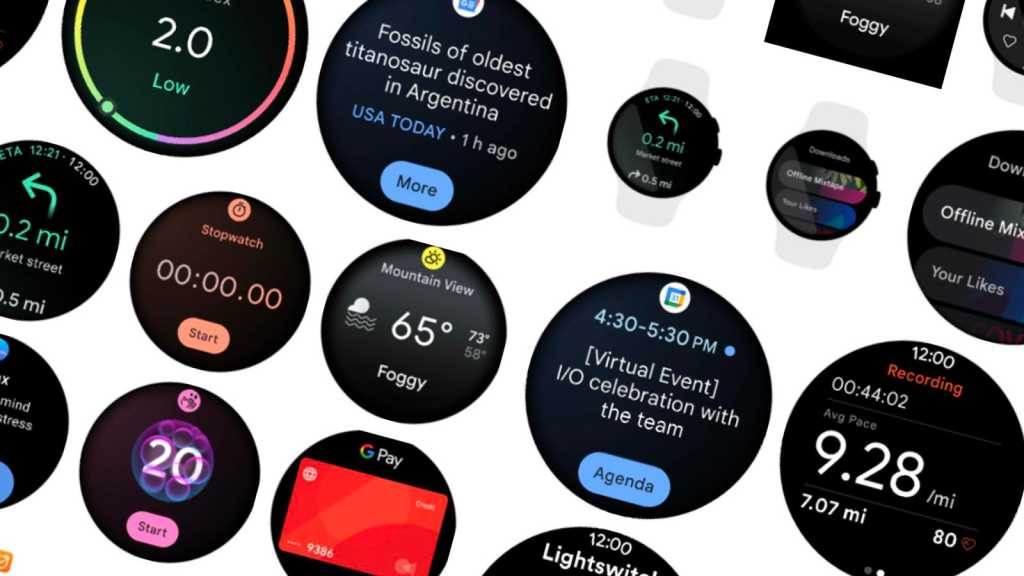 One of the biggest rumours that preceded Google’s annual developer conference – besides a first-look at Android 12, was the potential for a complete revamp to the company’s wearable platform – Wear OS, and with Samsung’s help, it seems that’s what we’re getting.

Originally unveiled at Google I/O 2021, Google announced a partnership with Samsung to help evolve its long-standing wearable platform, which has come under fire over the years for its lack of innovation, incomplete feel and unrefined user experience.

Samsung has inserted itself as one of the most prominent players in the smartwatch space (alongside Apple), and its expertise and history in wearables’ evolution mean it’s uniquely positioned to inform what will make for a useful, enjoyable smartwatch experience.

This partnership doesn’t just see the two companies working together to improve Wear OS, but rather the announcement at I/O 2021 revealed plans to combine Google’s Wear OS and Samsung’s existing Tizen OS platforms into a unified experience, which Samsung then expanded upon during its MWC 2021 showcase, the following month.

A full breakdown of what Samsung is calling “One UI Watch” brings to the table and how it differs from Wear OS in its current state isn’t yet available but Google said this new experience should deliver in two key areas: performance and longevity.

Watches running on this new platform should offer up to a 30% reduction in app load times, versus the existing Wear OS experience, while the under-the-hood refinements should also deliver notable improvements to battery longevity, despite an expanded feature set.

We also saw interaction demonstrations that show easier app navigation and switching, which plays to the strengths of this more responsive user experience (with the double-tap of a single hardware button to jump between the last two apps opened).

Google’s purchase of Fitbit also materialised in the form of a new Fitbit experience for their forthcoming platform which will deliver existing Fitbit features and services to a new swathe of smartwatch users, while the company also revealed that it would be building its own “premium smartwatches, based on Wear (the then-working title for the platform)” in the near future.

As for Samsung’s involvement, the South Korean company stated that it was “creating a blueprint for innovative future smartwatch experiences.” While also committing to “at least three years of software support after the product launch” for its existing Tizen OS-based Galaxy smartwatches.

The company promised that its next Galaxy Watch (expected to be the Samsung Galaxy Watch 4 line) will run on One UI Watch atop this shared platform and deliver a more consistent UI between phone and timepiece, as well as automated app downloads for phone apps with a compatible companion watch app.

The on-wrist Play Store and Google-specific APIs will also run on Samsung’s next watch, which will serve as the poster child for this newly-unified Google/Samsung wearable experience when it debuts at Samsung’s Summer Unpacked event, rumoured to be taking place on 3 August.