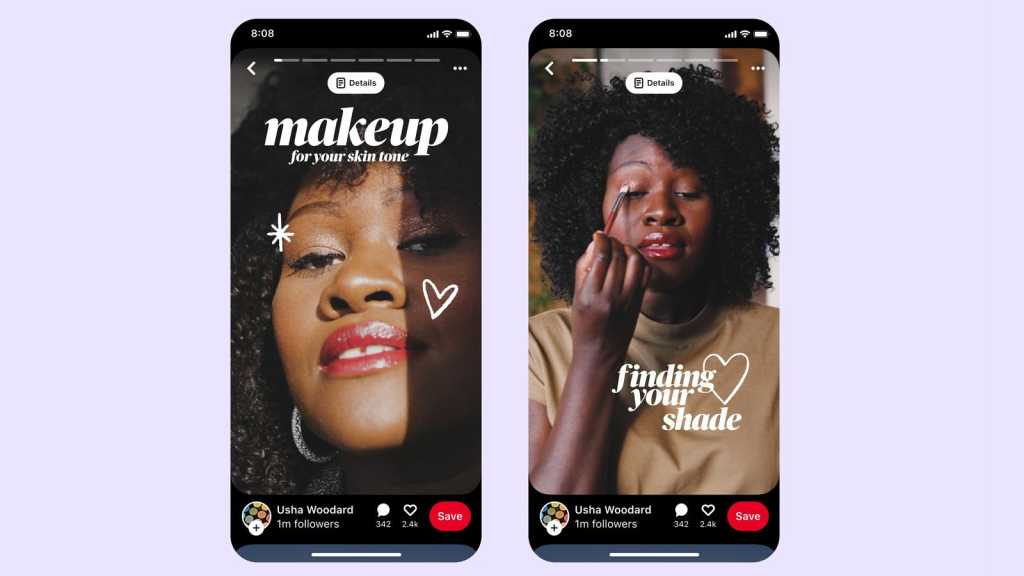 Users can add up to 20 pages of video content, voiceovers, music, and transition such as “Ghost Mode” for before and after shots. The feature rolled out globally on 18 May, in the UK, US, Australia, Canada, France, Germany, Austria and Switzerland.

Pinterest saw massive growth through the pandemic. The collective yearning for new hobbies, self-improvement and DIY projects under lockdown gained the platform 100 million new monthly users globally. It also surpassed a milestone of 400 million active monthly users. But retaining that growth will be Pinterest’s next big challenge.

I spoke to Zoe Pearson, Pinterest’s Head of Content and Creators in English Speaking Markets, who explained Pinterest’s focus on creative inspiration and activities is what sets it apart from competitors. “We hear from Pinners that Pinterest offers something unique compared to other platforms, as a positive space to save ideas and take action, versus a place to solely browse entertainment.”

If you build it, they will come

The Idea Pins tool emerged as a response to a growing appetite for video, while also keeping video content native.

Pearson explains Pinterest developed Idea Pins from user feedback that “wanted to explore ideas without limitations of having to leave the platform”. This was coupled with Pinterest’s own growth in video traffic. “Last year there was an “800% increase in videos uploaded to the platform and nearly one billion are watched per day on Pinterest,” says Pearson.

With a focus on the creative community, Idea Pins will also allow creators to add detail pages for instructions or ingredients, add stickers, tag other users, and tag other relevant topic areas. Crucially, they can also upload their Idea Pins to other platforms, suggesting Pinterest’s ambition to replicate, if not entirely replace, TikTok’s viral dominance on other platforms.

While Pinterest users can – and do – upload TikTok videos to Pinterest, Idea Pins keeps video creation in-app so that you don’t have to resort to external apps or tools.

It’s a less heavy-handed approach than Instagram’s, which announced earlier this year that its algorithms would discourage users from recycling TikTok videos on Reels. Instagram launched Reels in response to TikTok in 2020, the year TikTok grew by 75%. Instagram remains the fifth most-popular social network as of January 2021, according to a study by Statista, with 1.2 billion users.

But unlike Reels, Pinterest’s Idea Pins won’t disappear after 24 hours. “The aim of Idea Pins was to make it easy for creators to publish high-quality, long-lasting, save-able content directly to Pinterest,” says Pearson, so that “…users can create great content that is saved and viewed forever.” 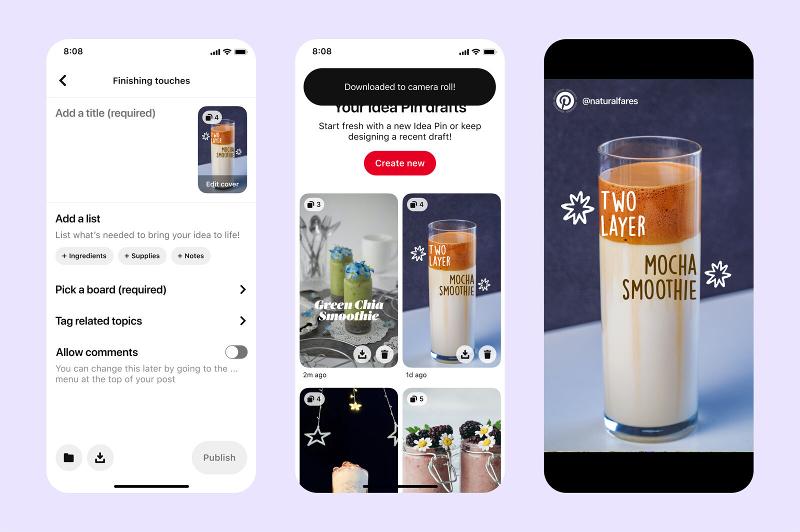 ‘The last positive corner of the internet’

While the adverse effect of social media on mental health is no secret, Pinterest also approaches competitors left-of-field with a freshly defined commitment to positivity: creators using Idea Pins will have to abide by Pinterest’s new Creator Code, which launched in April 2021.

The Code outlines a set of rules around inclusivity for its creators, where they are expected to be kind, ensure information accuracy, and be mindful of triggering content. See the full Code here.

As a result of this commitment, Pinterest is quite literally branding itself as “the last positive corner of the internet”.

Pearson says Pinterest is “committed to building a kinder, more inclusive and more positive internet. We believe that by creating a platform that inspires people to be fuelled by their passions, it helps to form a positive and creative space in the world. That’s why we like to refer to Pinterest as ‘the last positive corner of the internet’.”

Pinterest’s co-founder Evan Sharp and acting Chief Design and Creative Officer uses the same language: “We’ve been building Pinterest for 11 years, and ever since our users routinely tell us that Pinterest is the ‘last positive corner of the internet’. In that time, we’ve also learned that you need to design positivity into online platforms as deliberately as much as you design negativity out,” said Sharp in Pinterest’s Creator Code announcement.

This alignment with positivity is another clever move against the competition as Pinterest’s ambition as an e-commerce platform also grows. The launch of Idea Pins comes days after Pinterest’s partnership with Shopify expanded to 27 new countries, including the UK, Australia, Austria, Brazil, France, Germany, Italy, Spain, and Switzerland.

More significantly, the refreshed brand position aligns neatly with the Gen Z values as consumers. Pinterest’s Gen Z users – those born between 1997 to 2012 – grew by 50% through 2020.

Gen Z, unlike past generations, are shoppers who increasingly prioritise ethics and authenticity in the brands they engage with. An annual global survey conducted by WordPress last year found 72% of Gen Z shoppers are “more likely to buy from a company that contributes to social causes”.

Pinterest recognises the opportunity in its lap – especially as younger shoppers increasingly discover brands and shop via social media. While it remains to be seen whether younger shoppers will continue to flock to the platform in a post-pandemic world, what’s clear is Pinterest is ready to adapt.