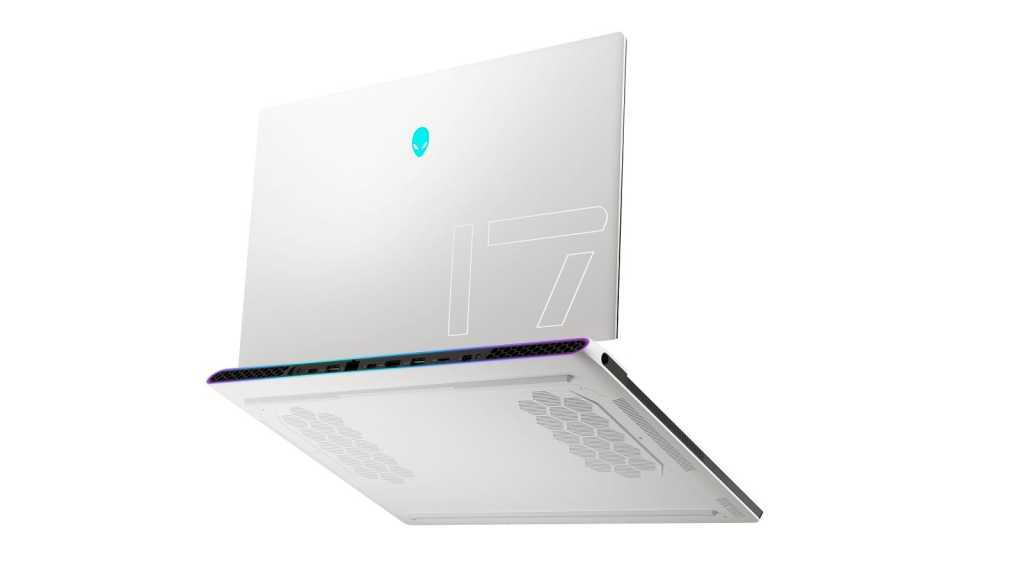 Amongst a range of other new products, Dell has teased its new Alienware X-Series of thin gaming laptops with exclusive cooling technology.

The firm hasn’t said exactly how thin these new laptops will be, but the tagline of ‘Innovation-First, Thin Gaming’ suggests that Dell is pushing the envelope. You can see the X17 pictured, announced alongside the Alienware m15 R6 and new G15 for 2021.

While there’s little to say yet, Dell has said the X-Series will employ an industry-first technology exclusive to Alienware. This is an Element 31 ‘thermal interface material’ that’s made of a ‘Gallium-Silicone matrix’.

The firm says this “delivers a decrease to overall thermal resistance over the previous generation and extraordinary improvement in contact resistance as shown in preliminary testing.”

The X-Series also gets a new patent-pending Quad-Fan design. Similar to the new XPS 15 and XPS 17 laptops, it offers evacuative fans as well as dual opposite outlet fans. This cooling enables high performance from a thin design.

We don’t know much about the specs yet, with Dell only saying the X-Series will come fitted with 11th-gen Intel Core processors and Nvidia GeForce RTX 30-series graphics cards. This is pretty standard for 2021 gaming laptops, with no AMD option that we know of.

Dell says the Alienware X-Series is ‘arriving soon’ and this tweet from the official Alienware account confirms more details will be announced on 1 June. For now, you can take a closer look in the teaser video below.