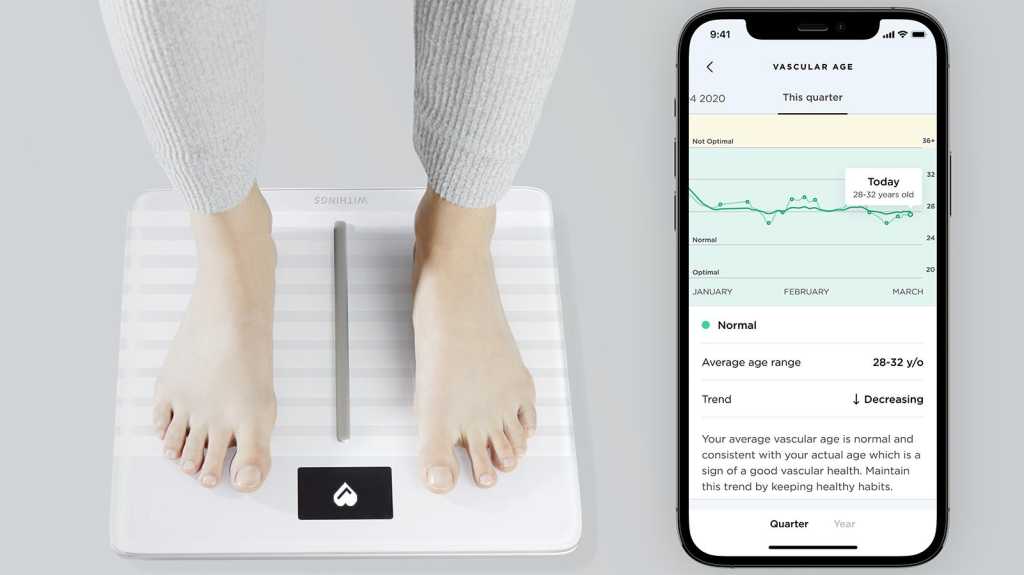 Withings has added a new metric to its Body Cardio scale: vascular age, a measure of how your cardiovascular health compares to what’s typical for your age.

Vascular age isn’t quite an entirely new measurement, but instead is based on Withings’ existing Pulse Wave Velocity (PWV) measurements, which reflect arterial stiffness – a key indicator of cardiovascular health.

The company says that since 2016, users have recorded over 80 million PWV readings, which it’s used to help drive the new vascular age metric. While PWV measurement is limited to certain regions due to medical regulations, vascular age will be available worldwide, including in the United States.

Body Cardio users will now be able to find out whether their arterial health is ‘optimum’, ‘normal’, or ‘not optimum’ for their age, based on an algorithm developed by cardiologist Prof. Stéphane Laurent of the Hôpital Européen Georges Pompidou. They’ll also be given an estimate of the equivalent age of their cardiovascular system.

“Body Cardio redefines how people use connected scales by providing them with a tool to manage their weight as well as their cardiovascular health,” said Mathieu Letombe, Withings CEO, in a press release.

“By simply stepping on their scale each morning, Body Cardio will provide the type of cardiovascular assessment people normally only receive at a doctor’s office. By linking the information to age, an index everyone understands, we are making it easy for people to stay informed and motivated to make healthy choices.” 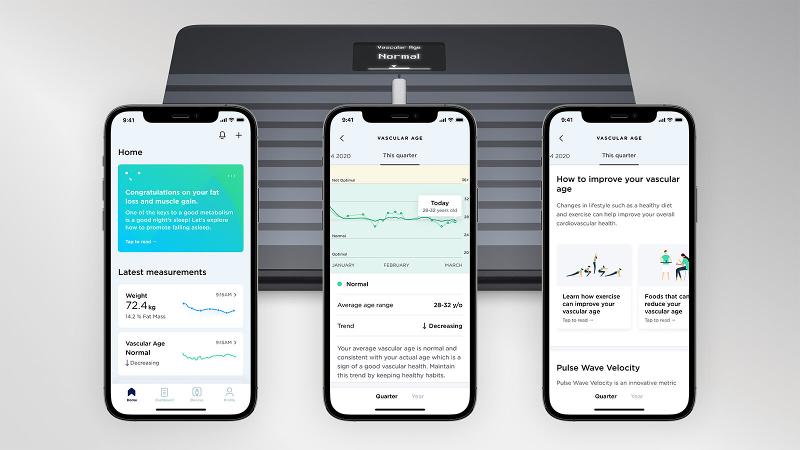 The measurement should take less than 30 seconds, and is based on measuring the time difference between subtle variations in your body’s weight and electrical current as your heart beats and drives blood to the feet.

At the time of writing, PWV measurements aren’t actually available in the US and some other markets. After launching with the Body Cardio scale in 2016, the PWV functionality was disabled worldwide in 2018 over concerns about regulatory approval. While it was reactivated a year later in Europe, PWV remains unavailable in the United States and some other markets pending regulatory approval.

Despite that, the vascular age metric will be worldwide. A Withings spokesperson told us that the new measurement is allowed because it’s an indicator rather than a diagnosis, essentially making this a way to smuggle the PWV functionality back in through the back door.

Vascular age will be available via an update for existing Body Cardio devices (including those bought when the device had Nokia branding), although isn’t supported by the cheaper Body and Body+ scales.

The Body Cardio is available now for £108.29/€149.95/$149.95, and in addition to PWV and vascular age, it measures heart rate, body composition, and, of course, weight, syncing it all to a smartphone over Wi-Fi and Bluetooth. Read our review to find out whether it’s worth your while, or check out our ranked guide to the best smart scales on the market.