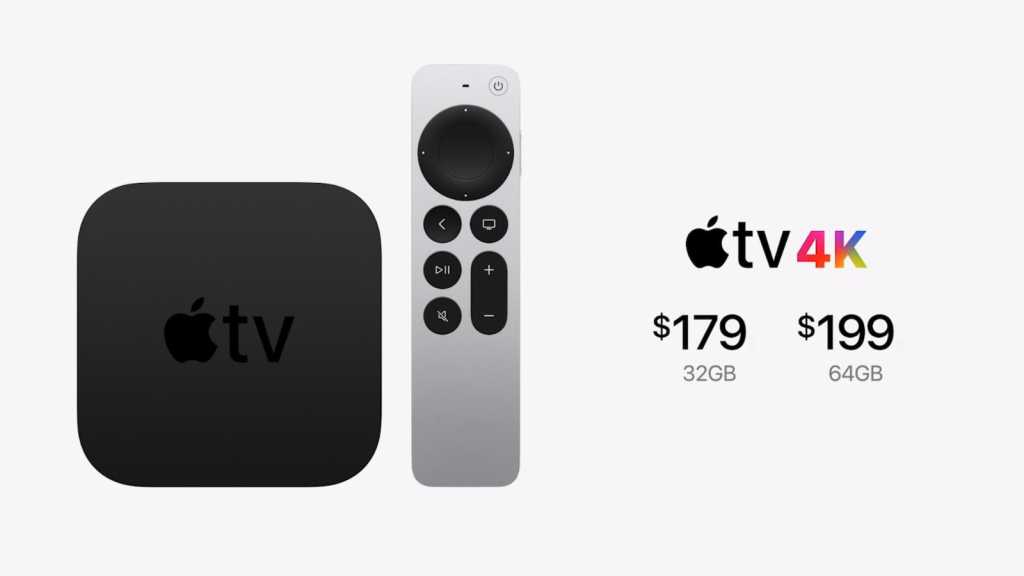 After a long wait, the Apple TV line is finally getting an upgrade. The next generation of the Apple TV 4K is now available to buy, boasting the new A12 Bionic chip, support for HDR content with high frame rates, the ability to use HomePods as TV speakers and a brand-new Siri remote control.

Most core elements of the 6th generation Apple TV will remain the same; you’ll still get the same interface, and the ability to access the likes of Apple TV+, Apple Arcade, Apple Music, Apple Fitness+ and more.

But where can you get hold of it? We’ve rounded up everything you need to know. You can read more about the specs of the Apple TV 4K here and check out where to buy the brand-new Apple AirTag.

How much does the Apple TV 4K cost?

There are two storage options for the Apple TV 4K, coming in at the following price points:

Where can I buy the Apple TV 4K in the UK and US?

You can now buy the Apple TV directly from Apple – the set-top box is available to buy from the UK and US sites right now – but as with most products, the new streamer is also available from a range of third-party retailers.

If you’re in the UK, the following retailers stock the new Apple TV 4K:

Meanwhile US buyers are able to pick up the Apple TV 4K from the following retailers:

If you’re interested, you can also see how the older Apple TV 4K stacks up to rivals such as Roku and Amazon Fire TV in our article of the best streaming sticks and set-top boxes.

When was the new Apple TV 4K released?

Following a period of pre-orders, the Apple TV 4K was released on 21 May 2021 – little over a month after it was first revealed.