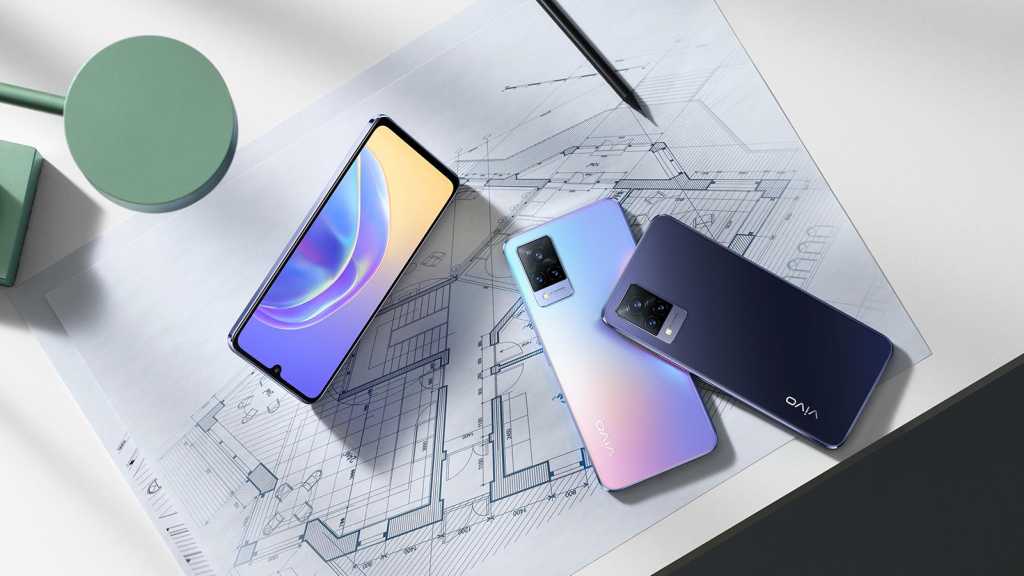 Rear cameras on smartphones have come on leaps and bounds over the last few years, but selfie cameras don’t always get the same love. That’s something that the Vivo V21 and V21 5G clearly aim to set right, with the world’s first smartphone selfie camera with optical image stabilisation (OIS).

The new mid-range Vivo phones combine OIS – now standard on the rear cameras of flagship phones – with a 44Mp sensor and flash module built into the phone’s frame near the teardrop notch. The result is a selfie camera that should be capable of high-res photos, 4K video, and top-tier night photography.

Setting aside more outlandish solutions like the Xiaomi Mi 11 Ultra‘s rear-screen, or the upcoming Asus Zenfone 8‘s flipping camera module, this is so far the first dedicated selfie camera to use OIS to keep images sharp and stabilise low-light photography.

Vivo hasn’t forgotten about the rear cameras either, with a triple camera setup led by a 64Mp main lens – also with OIS. A 90Hz AMOLED display, 33W wired charging, and MediaTek Dimensity 800U round out the spec sheet, which is essentially identical for both the 4G and 5G versions of the V21.

I was a huge fan of last year’s V20, which is the phone that convinced me that Vivo has the best design language of any company in the smartphone industry right now.

That doesn’t look to have changed much this time. Vivo has shaved a fraction off to make the V21 even thinner than its predecessor at a miniscule 7.29mm thick. The dual-tone stepped camera module returns, and the glass back now comes in three finishes: Sunset Dazzle, Dusk Blue, and Arctic White. 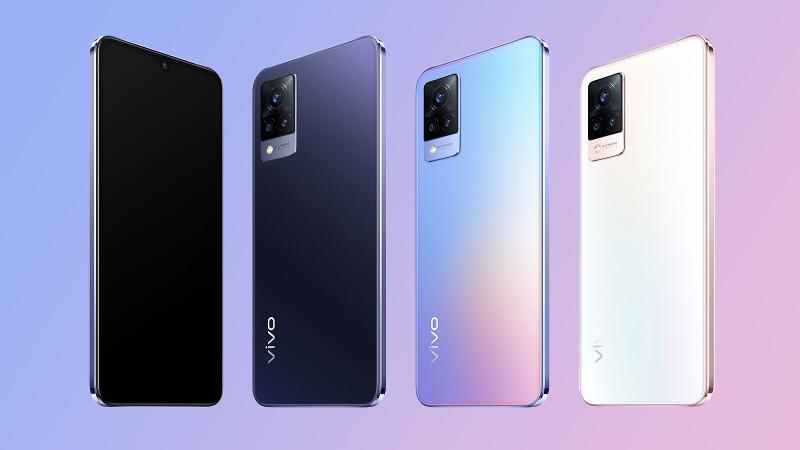 “We developed our V21 lineup based on our insights into what our customers value the most in their phones. This OIS front camera marks a radical step in setting the standard for future smartphone front cameras,” says Spark Ni, senior vice president and CMO of Vivo.

“As the virtual world continues to merge with our physical reality, the V21 series’ front-end OIS camera with its powerful selfie spotlight, sleek design and amazing user experience will help our customers present their best selves both virtually and in person.”

The V21 and V21 5G join Vivo’s iQOO 7 and iQOO 7 Legend, announced yesterday, in getting global launches – though it remains to be seen whether or not that includes Europe and the UK.

Vivo launched in Europe in 2020 with the X51 flagship, and has also promised that this year’s X60 series will arrive on the continent. The company is seemingly cautious about expanding its lineup too quickly however – or perhaps is simply constrained by supply issues – and so it’s not yet clear which models will break out of Asia.

Read our reviews of the Vivo X60 Pro and X60 Pro+ to find out how the brand’s latest flagships hold up, or check out our guide to the best Vivo phones right now.