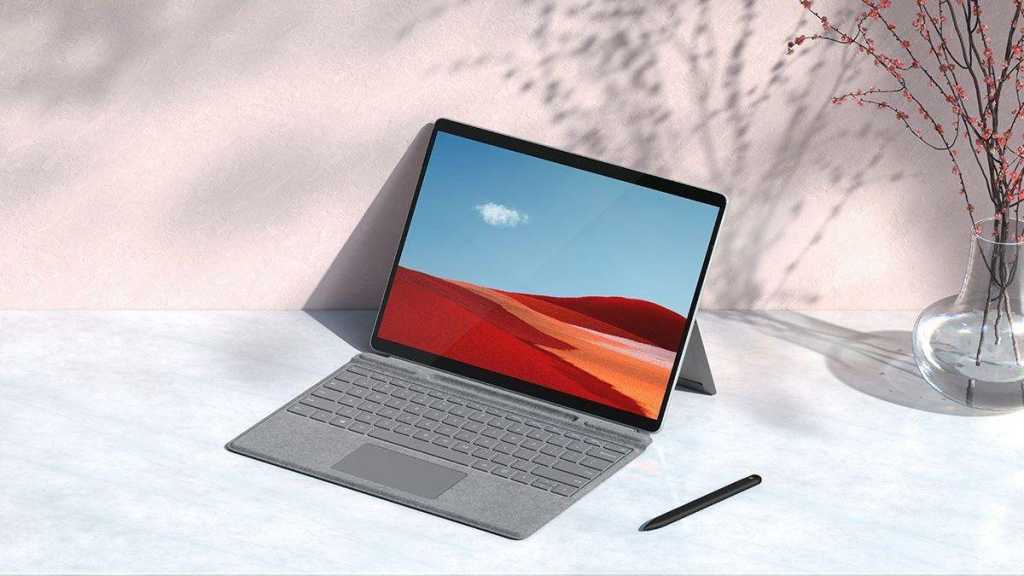 For much of the 21st century, one company has had a monopoly over CPUs. Intel, with its x86 (32-bit) and x64 (64-bit) architectures, has been overwhelmingly the dominant player, with other manufacturers struggling to get a look in.

However, that’s begun to change in recent years. AMD’s first Ryzen processors were launched in 2017, and have since gone on to become a major rival to Intel for both laptops and desktop PCs. In the same year, fellow US company Qualcomm launched its first ARM-based Windows 10 devices.

These used the Snapdragon 835 processor, which had previously been seen only in flagship smartphones and tablets. Performance didn’t match expectations and – on top of that – there were software compatibility issues and not all apps would run on ARM chips.

But they did offer some key benefits over Intel (and AMD) chips. With less of an emphasis on performance, Qualcomm was able to deliver excellent battery life on laptops. It also meant they ran cooler, often negating the need for fans and having the side benefit of making them thinner and lighter, too.

Qualcomm has steadily improved its ARM-based CPUs across two further generations, while a partnership with Microsoft has seen the custom ‘SQ1’ and ‘SQ2’ processors included in the Surface Pro X. However, niggling software and performance issues mean the Intel-powered Surface Pro 7 remains the best Microsoft 2-in-1 for most people.

But at the point where many thought that the ARM experiment had failed, as far as PCs and laptops were concerned, Apple promptly ditched Intel and put ARM-based chips in its latest MacBooks and iMac.

This, surely, is a clear sign that ARM-based processors will soon become widely adopted in Windows laptops.

The company, having used Intel for years (14 to be precise), decided to pursue its ‘ Apple Silicon’ project in 2020. And with its M1 chip, Apple appears to have found a way to deliver both great performance and battery life, while making it relatively easy for developers to optimise their apps so they can run on M1-based devices.

It’s rare for a company to produce a first-gen product that’s so compelling, and there’s no reason why Qualcomm (or another manufacturer) can’t replicate this success on Windows devices. As you’ll see, there’s plenty to like about ARM-based CPUs, but there are still some areas to work on.

Using ARM-based chips open up designers’ options. The most notable is a fan-less chassis, borne out of the reduced load on the CPU and other components. The M1 MacBook Air is the most high-profile example of this, with near-silent operation making for a more enjoyable user experience in many scenarios.

Without the need for a separate GPU, advanced cooling system or huge battery, ARM-based devices also tend to be more lightweight and portable. Performance will be slightly compromised in some situations, but it’s a worthwhile trade-off if you’re planning on regularly using your laptop while out and about, or simply on the sofa.

It also paves the way for different form factors, most notably a greater range of 2-in-1 devices. These typically have a smaller screen than regular clamshell laptops, but make up for it with the extra flexibility of a detachable screen.

Despite this, many manufacturers still make ARM-based devices that look identical to the Intel equivalent. Perhaps it’s just too early to see those changes.

That’s perhaps most apparent on Samsung’s Galaxy Book S, powered by Qualcomm’s Snapdragon 8cx. It lasted an incredible 25 hours in our battery benchmark, despite having a relatively small 42Whr battery. It’s a similar story with Apple’s M1 MacBook Air, which lasted more than six hours longer than the Intel version despite having an identically-sized cell.

If battery life is your top priority, ARM-based devices are the way to go.

Performance is the most hotly contested arena for ARM processors. On the Windows side, it’s the something they still struggle with when compared to equivalent devices from Intel or AMD. That’s why Apple really surprised everyone: the M1 has proven that ARM chips can match or even surpass x86 and x64 CPUs pound-for-pound. That doesn’t quite extend to gaming, though, with MacBooks rarely used for for playing the latest titles (and most aren’t even available for Macs).

Qualcomm hasn’t been able to deliver the same results yet, but 2020’s Snapdragon 8cx Gen 2 was its best effort yet. With AMD, Microsoft and Samsung all rumoured to be working on ARM laptop processors of their own, it doesn’t feel like long before performance will no longer be an issue.

Compatibility issues are something ARM-based systems have faced since they first launched.

It was the biggest problem with the original Surface Pro X, although the situation improved significantly when the second generation launched. Microsoft has now released x64 app emulation for ARM-based Windows devices, meaning (in theory) any app designed for a regular Intel-powered laptop will be able to run properly.

However, this doesn’t extend to system-level services such as utilities or antivirus software.

Until recently, a major omission from the ARM ecosystem on Windows was effective backup software. This is considered one of the fundamentals of modern PCs, and without it ARM-based PCs may struggle to attract everyday consumers.

However, even that hole has been filled by Zinstall, an app that’s considered to be the first full backup software for Windows on ARM. It’s able to back up files, apps and settings automatically. These can then be stored locally, on an external storage device (such as a NAS drive or SD card) or via a cloud storage service.

Zinstall also includes a transfer feature, which allows you to move all your data from an Intel/AMD laptop to ARM-based PC. This works in a similar way to moving between other Windows devices, aiming to make the transition as smooth as possible.

There are still some hurdles to overcome before the majority of laptops are packing ARM processors instead of Intel or AMD chips. However, the success of Apple’s M1 shows that ARM-based processors could become the new standard for Windows laptops (and maybe even PCs).

The M1 may even lead to Intel and AMD rethinking their long-term strategy – ARM chips look like they have a bright future ahead of them.