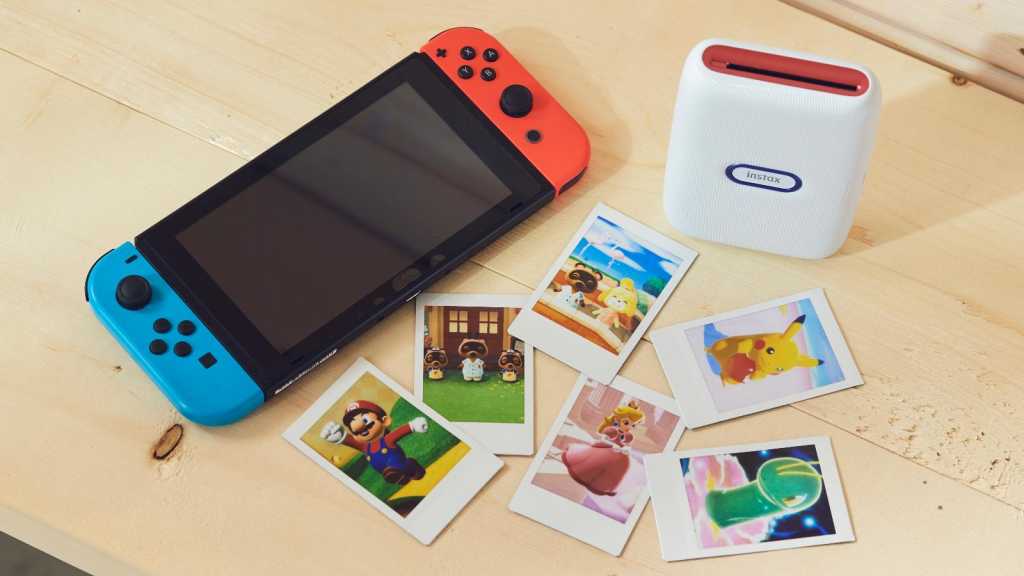 To celebrate the launch of Pokémon Snap, Nintendo has partnered with Fujifilm to make the Instax Mini Link compatible with the Nintendo Switch. This means you’ll be able to print instant photos of snaps and screenshots that you take on your console.

This is done through the new app, Instax Mini Link for Nintendo Switch, which can be downloaded for both iOS and Android from 30 April 2021.

In addition, Fujifilm is releasing a new colour option for the printer which is inspired by Pokémon with red and blue accents, as well as a bundle which includes an adorable Pikachu case to keep your device in. The new printer will also launch on 30 April, whilst the bundle will launch in the summer.

To print a photo or screenshot from a video, users can download the new app and pair the printer to their phone via Bluetooth. They then must scan the QR code that will appear next to screenshots on their Nintendo Switch using their smartphone. This image will then be transferred to the app, and can be customised with frame designs before it is printed.

The app features different customisation options for the frames, with designs based off of the iconic Mario Brothers, as well as the ruthless Animal Crossing tycoon, Tom Nook.

This app will be especially popular to lovers of Animal Crossing, as the game encourages players to take photos for Nook Miles points. You can have real-life photos of some of your favourite villagers, or the prettiest spots of your island.

It also ties in perfectly with Pokémon Snap, as this is a game based all around virtual photography.

The Instax Mini Link requires the Instax Mini film in order to print, which usually gives around 10 prints in one cartridge. The printer itself costs £109.99, whilst the film costs just under a pound for one print in the UK. The Pikachu case and printer bundle will cost £124.99.

You can see what else the Instax Mini Link can do in our review of the instant printer. Alternatively, you can see how it compares to other instant printers on the market or take a look at our picks of the best instant cameras if you’d like a device that can capture memories on the go.