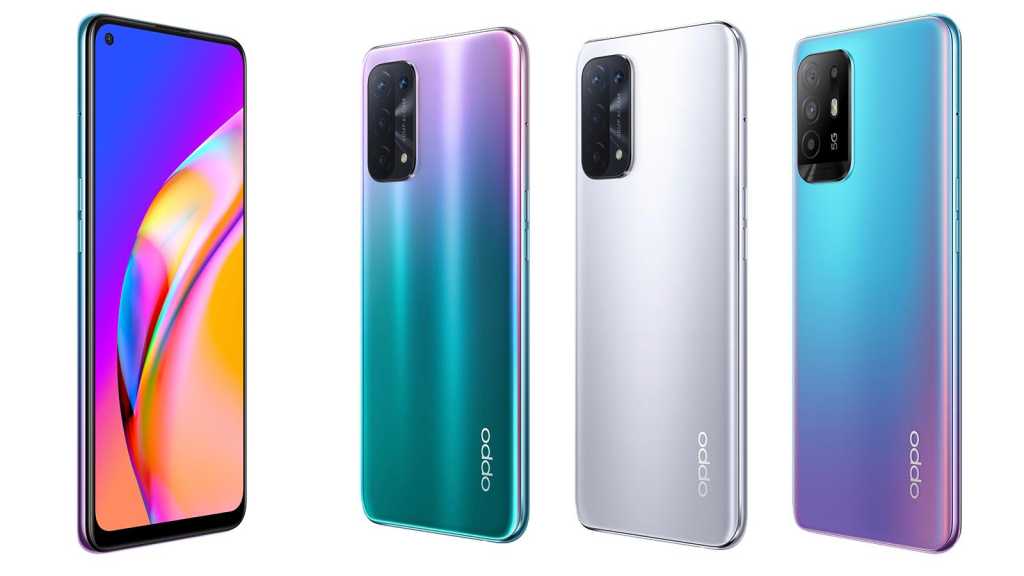 Oppo has just let loose three new entries in its A Series smartphone line: the A54 5G, A74 5G and A94 5G. As their names suggest, 5G is the main draw for these devices, paired with some aggressive affordability.

All three phones sport near-identical camera arrangements, while the A54 5G and A74 5G are astoundingly similar in a number of other ways too. The A94 5G, meanwhile, is the outlier – as the most compact and powerful entry of the trio.

The main difference between the first two entries falls to the addition of more RAM (6GB, rather than 4GB), double the internal storage (128GB rather than 64GB), different colour options, NFC and faster 18W wired charging (compared to 10W) on the A74 5G; all of which manifests in a price difference of just £30: the A54 5G costs £219 in the UK, while the A74 5G comes in at £249. (Also see: Best Cheap 5G phones and Best Budget Phones)

Beyond these subtle alterations, both phones measure and weigh the same (190 grams) – partially dictated by their 6.5in 90Hz IPS LCDs – both come powered by Qualcomm’s modest Snapdragon 480 SoC, both offer expandable storage and both feature sizeable 5000mAh batteries. (Also see: Best Oppo Phones)

The Oppo A94 5G actually sports a smaller (but therefore sharper) 6.43in Full HD+ display that forgoes a high refresh rate in favour of AMOLED visuals, which promise more vibrant colours and better contrast. Its screen also boasts in-display fingerprint unlocking, while the other two entries rely on a side-mounted sensor.

It also runs on the same respectable MediaTek Dimensity 800U SoC found in last year’s Realme 7 5G, with the most RAM (8GB) of this particular A Series trio, NFC and the fastest charging at 30W (paired to a smaller 4310mAh battery); aside from colour and price (£299) that’s where the differences end, however.

All three new Oppo phones boast the same AI-enhanced quad-camera setup on the rear: a 48Mp-led system with an 8Mp ultrawide, along with a pair of 2Mp sensors, for depth and macro shooting, respectively. Selfie fans will find a hole-punch 16Mp offering in the corner of the display on each of these phones too.

These new offerings aren’t to be confused with their non-5G namesakes, all of which sport different hardware, price points and market availability.

In the UK, the Oppo A54 5G, A74 5G and A94 5G are all available now from both Oppo’s eStore and Amazon in both of their respective colourways, while the A54 5G also gets carrier availability from EE, O2, Sky Mobile, Vodafone, Carphone Warehouse and Virgin Mobile, the A74 5G ranges with Three and the A94 5G can also be picked up from EE on contract.